“Have you ever heard a death rattle before? Do you think it would live up to it’s name, or would it just be a death hairball? Do you want to wait, and listen to me describe death?” – Marla, Fight Club 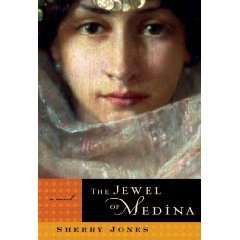 Prof. Reynolds is fond of the rhetorical question as to why one rarely worries about Christian violence in response to criticism of Christianity (and the concomitant observation that if such threats work for one group in suppressing criticism, we can probably expect more groups to apply the tactic). And lately nearly every week brings another example of this distressing phenomenon.

Well, score another victory for barbarism over freedom of thought. We’ve now progressed to the point where even the suggestion of extremist violence is enough to get us to self-censor:

Publisher Random House has pulled a novel about the Prophet Mohammed’s child bride, fearing it could “incite acts of violence.”

Random House deputy publisher Thomas Perry said in a statement the company received “cautionary advice not only that the publication of this book might be offensive to some in the Muslim community, but also that it could incite acts of violence by a small, radical segment.”

“In this instance we decided, after much deliberation, to postpone publication for the safety of the author, employees of Random House, booksellers and anyone else who would be involved in distribution and sale of the novel,” Perry said.

That sound you hear is the death rattle of Western culture.