The special election to fill the Massachusetts Senate seat vacated by the passing of Teddy Kennedy is ongoing, with most expecting a win by Republican Scott Brown.  Andrew Sullivan sees this as the death knell of American politics.

I can see no alternative scenario but a huge – staggeringly huge – victory for the FNC/RNC machine tomorrow. They crafted a strategy of total oppositionism to anything Obama proposed a year ago. Remember they gave him zero votes on even the stimulus in his first weeks. They saw health insurance reform as Obama’s Waterloo, and, thanks in part to the dithering Democrats, they beat him on that hill. They have successfully channeled all the rage at the massive debt and recession the president inherited on Obama after just one year. If they can do that already, against the massive evidence against them, they have the power to wield populism to destroy any attempt by government to address any actual problems.

This is a nihilist moment, built from a nihilist strategy in order to regain power … to do nothing but wage war against enemies at home and abroad.

This is, to say the least, a wee overreaction to a single, sui generis contest.

The out party is frequently able to focus negative energy in a single, off-cycle race.  And, frankly, the Democrats did themselves no favors in choosing Martha Coakley, who has simply been an awful candidate.  They arrogantly believed that literally anyone carrying the “Democrat” label would be able to hold the seat. They may yet be proven right but it doesn’t look good for them.

As to the rest, the “stimulus” was a huge boondoggle — and one that followed on the heels of two previous “stimulus” packages under President Bush.  Flooding the economy with so much money no doubt helped, but no one thought it was the most effective way of using the money.  And the rump Republican Party in Congress, deservedly decimated in successive elections after failing to live up to their principles, had a renewed belief in fiscal sanity.

Similarly, most of them honestly believed health reform of the type Obama and the Democratic leadership wanted was bad public policy.  Indeed, it’s one of the few issues where there’s still legitimate ideological difference between the two parties.

Certainly, there was also a political calculation by the GOP leadership that providing zero votes on these bills was a way of signaling the depth of the party’s opposition and making the Democrats  “own” the stimulus and the health bills.  But so what?  Politics ain’t beanbag.

As to successfully blaming Obama for the current depths of the recession and the deficit, boo frickin’ hoo.   We always blame the sitting president for the state of the economy.  If you don’t want that, don’t run for the job.

And, frankly, Obama does in fact own much of what has transpired.  People understand that he “inherited” the recession but the fact of the matter is that the unemployment rate is much higher than it was expected to be, even in the projections of Obama’s own team.  Rather than funneling money to people who’ve lost their jobs, he instead bailed out their employers in the mostly vain hope of saving dying industries.   Why shouldn’t he be blamed for that?

Ditto the deficit.  Yes, he inherited a huge one and it was going to get worse in this economy. But the fact of the matter is that he pushed for massive bailouts and stimulus packages, putting the country much further into debt.  We can argue about whether that was a good thing to do under the circumstances — or even whether a President McCain might have done pretty much the same thing — but, again, he was the man at the helm.

There’s a modest populist surge out there, as evidenced by the Tea Party and various other phenomena.  But, as always, most Americans are only peripherally interested in politics.   Right now, Obama is rather unpopular.   Not wildly unpopular, as his predecessor was, but nonetheless one with higher disapproval than approval numbers.   That’s hardly unprecedented for new presidents trying to enact major social changes in a down economy.    See Reagan, Ronald and Clinton, Bill.

Maybe Obama will read a Brown win as a signal to slow down and push through a more modest bill.  Or maybe he’ll indeed “take a combative turn.”  The people will get a chance to send him another signal in November and again two years hence.  I haven’t the slightest clue as to what the mood will be then.

But Andrew should know better than to read so much into a single election, much less a single race.   Too many read Bush’s re-election in 2004 as the beginning of some sort of permanent majority; that faded within months and he got a shellacking in 2006.  Too many read some sort of sea change into Obama’s win fourteen months ago.  The public is fickle and interested mostly in results. 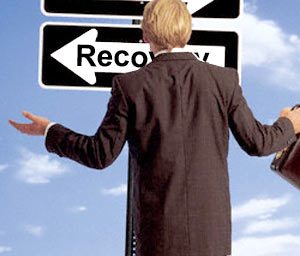