Scottish independence may be more likely than many think. 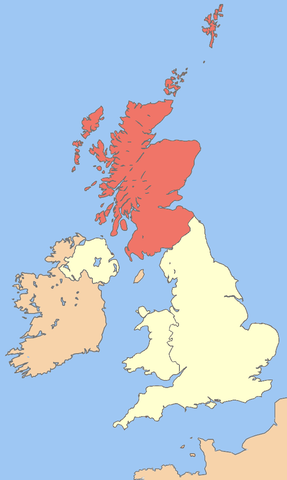 University of Southampton economist Arkadiusz Wiśniowski and his fellow researchers have been tracking the polls leading up to the Scottish independence referendum in mid-September, and estimate that while the polls generally have shown a ‘no’ vote narrowly leading, their model shows that the pro-independence side still has a good chance of winning:

Our forecast suggests a close result, which might surprise some readers given that support for independence has never been ahead in the polls. However, this reflects the narrowing of the polls in the past few months, and our model picks up this trend – and projects it forward. The distribution of possible outcomes is centered at 49 percent, and the 95 percent predictive interval ranges from 44 percent to 54 percent. This means that we cannot conclude with any certainty about the final outcome. In other words, just two months before the referendum, the estimated odds of Scotland gaining independence against remaining in the UK remain almost even, with a very slight tendency towards the status quo.

Although there are substantial hurdles in the way of Scottish independence, political and otherwise, nonetheless the recent history of Europe suggests that even smaller states can be viable on their own, as the experiences of the various Balkan states that were part of the former Yugoslavia and the again-independent Baltic states that were illegally incorporated into the Soviet Union during World War II suggest.

On the other hand, it’s not really clear how “independent” an independent Scotland would be, given its aspiration to remain part of the European Union and its likely economic dependency on the remainder of the UK; the experience of an independent Ireland, for example, suggests that while nominally independent (particularly before Ireland joined the common currency in the late 1990s) many economic and political events were dictated by British policies and even to this day much of Ireland’s economy is based on its relations with Great Britain and Northern Ireland and many key decisions are made in the shadow of its neighbor. An independent Scotland may well find that many of the most important decisions about issues of economic and political concern are being made not in Edinburgh but in Brussels and London, with only a marginal spot at the table the former and without any influence over the latter.