On last night’s edition of OTB Radio, “Times Square Terror, Gulf Oil Spill, and British Elections,” Dave Schuler wondered what it is that the Department of Homeland Security is doing with its time.  After all, Faisal Shahzad fits the terrorist profile perfectly and yet they were apparently oblivious to him.

It’s worth being a bit skeptical of the report.  After all, DHS didn’t exist until November of 2002.  And, according to a December 2002 TSA PowerPoint titled “TSA Watch Lists,” we only had 16 people on the “no transport” list as of September 11, 2001.  (And, of course, none of the 9/11 hijackers were on the list.)  So, presumably, if Shahzad was on our government’s radar screen, it was something other than that list and by some predecessor agency that later folded into DHS.

The interesting question to me is:  Which would be worse?

That is, would it be better if our ridiculously expensive and cumbersome Homeland Security apparatus wasn’t monitoring Shahzad, despite his being a Pakistani national of the right age set constantly traveling back to his homeland?   Or that they’d been following him for eleven years but didn’t catch him until well after he finished his plot, avoiding disaster only through his incompetence?

And I don’t know whether to laugh or cry at this:

The system has been recently called inefficient by members of Congress. In late March, Senator Joe Lieberman of Connecticut and Susan Collins of Maine criticized the system in a letter to DHS, writing that, “Current functionality does not allow interoperability among databases, fast searching of information, modern interfaces for users of the system, or sufficient security to protect critical terrorist travel data.”

A modernization of the system began in 2008 and is expected to be completed by 2015.

So, it takes a multi-billion dollar agency seven years to modernize a computerized list?  Something any number of people that I know personally could accomplish in, oh, two weeks?

And, by definition, any advanced technical project begun in 2008 will be obsolete long before 2015.  Indeed, it’s likely that a commercial, off-the-shelf product will emerge well before 2015 better than anything conceived in 2008. 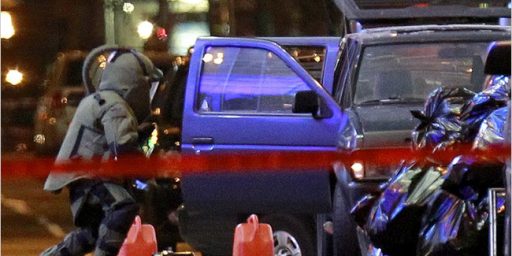 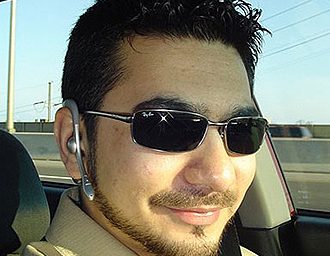