It appears Russia attempted to influence last year's Brexit vote in the same manner it did the 2016 election in the United States. 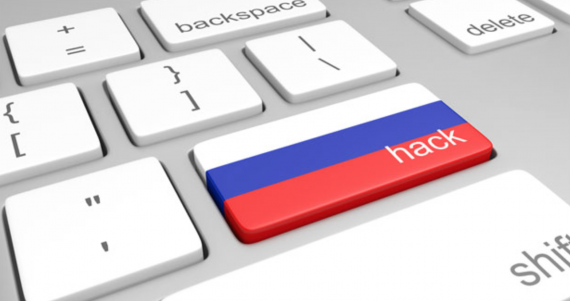 The New York Times reports that there are signs of Russian meddling in last year’s British referendum on whether the United Kingdom should remain in the European Union:

LONDON — More than 150,000 Russian-language Twitter accounts posted tens of thousands of messages in English urging Britain to leave the European Union in the days before last year’s referendum on the issue, a team of researchers disclosed on Wednesday.

More than 400 of the accounts that Twitter has already identified to congressional investigators as tools of the Kremlin, other researchers said, also posted divisive messages about Britain’s decision on withdrawing from the bloc, or Brexit, both before and after the vote.

Most of the messages sought to inflame fears about Muslims and immigrants to help drive the vote, suggesting parallels to the strategy that Russian propagandists employed in the United States in the 2016 election to try to intensify the polarization of the electorate.

The separate findings amount to the strongest evidence yet of a Russian attempt to use social media to manipulate British politics in the same way the Kremlin has done in the United States, France and elsewhere.

The disclosures came just two days after Prime Minister Theresa May of Britain delivered a speech accusing Russia of using cyberattacks and online propaganda to “undermine free societies” and “sow discord in the West.”

On Tuesday, the chief of the National Cyber Security Center released a summary of a prepared speech asserting that in the past 12 months, Russian hackers had unleashed cyberattacks on the British energy grid and the telecommunications and media industries.

Taken together, the flurry of reports and accusations adds to growing pressure on Twitter, Facebook and other social media companies to disclose more of their internal records about advertising payments and account registrations, information essential to illuminating the extent of Russian meddling in the referendum on Brexit.

Any evidence that Moscow did, however, may also complicate the already vexed politics surrounding the issue.

Social media companies disclosed Russia’s role in the American election only after prodding by Congress. Facebook, for example, disclosed this year that, over 32 months, the Kremlin-linked Internet Research Agency had paid more than $100,000 for online advertising, posted 80,000 pieces of divisive content and reached more than 126 million Americans.

The Kremlin has long sought to weaken or divide the European Union, perceiving it as a rival for influence in countries from the former Soviet bloc. And Russia’s main propaganda outlets like Sputnik and Russia Today pushed hard for Brexit.

But the British government, consumed by the negotiations for an exit from the European Union, has not yet obtained similar disclosures. Although a parliamentary committee recently asked the social media companies for information, many critics have argued that the government has little appetite for an inquiry that could muddy its mandate.

The social media companies, including Facebook, Twitter and Google, have had little incentive to volunteer information about the exploitation of their own platforms. And the predominantly right-wing, pro-Brexit British press, particularly the powerful tabloids, have little enthusiasm for undermining the validity of the referendum.

That dynamic may now be changing. The Times of London reported on Wednesday that a team of researchers working on an unrelated and still-unpublished study had identified 156,252 Twitter accounts that listed Russian as their language but posted messages in English to argue against the European Union.

The researchers, Oleksandr Talavera and Tho Pham, of Swansea University in Wales, said in interviews on Wednesday that the Russian accounts, which had posted very little about Brexit in the month before the referendum, became quite active at the last minute: from about 1,000 a day two weeks before the vote to 45,000 in the last 48 hours and 39,000 on the day the results were announced, June 24, 2016.

“It is very strange that someone whose language is Russian tweets in English,” Ms. Pham said — describing it as an anomaly that had prompted the researchers to look more closely at 10 of the most active accounts under suspicion.

Nine had been deleted, and the last, Sveta1972, appeared to emanate from a Russian resort town. On the eve of the referendum, Sveta1972 urged Britain to “make June the 23rd our Independence Day.”

Related findings by a separate team of researchers were reported this week by The Guardian, a strong opponent of Brexit. Those researchers had collected a sample of more than 60 million Twitter posts using hashtags related to Brexit.

They found that 419 of the 2,752 accounts already identified by Twitter to congressional committees as being linked to the Kremlin had posted 3,500 times using Brexit hashtags.

A third, smaller survey, reported last week by Wired magazine, found that 29 of the Russian-linked Twitter accounts identified to Congress had also tweeted 139 times about Britain or Europe. Blaming terrorist attacks on Islam or railing against immigrants were favorite themes, said Jonathon Morgan, chief executive of New Knowledge, a digital security firm based in Austin, Tex., that conducted the survey.

“Many of these accounts strongly pushed the narrative that all Muslims should be equated with terrorists and made the case that Muslims should be banned from Europe,” he said. “That is very consistent with the Russian strategy on U.S. issues, and the fact that they were using the same tactics to target Europeans is extremely telling.”

This news isn’t entirely surprising, of course. In addition to the allegations regarding Russian interference in the U.S. election last year, the Putin regime has allegedly attempted to interfere in a number other nations. In recent months, for example, it’s been established that there was an active Russian effort to interfere in the French national elections that took place earlier this year. More recently, Spain’s national government has claimed that it has found signs of Russian interference in the Catalan independence referendum, mainly through the use of social media and other means to spread misinformation and propaganda via social media and other means. Given how divisive the Brexit vote was, and how divisive it remains in the United Kingdom today, the idea of Russia seeking to influene the debate if not directly impact the outcome is hardly surprising.

As with the allegations regarding Russian interference in the 2016 Presidential election here in the United States, there doesn’t appear to be any allegation that the Russian interference can be proven to have had any impact on the race or that there was ever any serious cyber threat to the computer systems used to tally and track votes. Even leaving that aside, though, the fact that the Russians are engaging in behavior like this, while hardly surprising, is yet more evidence of the extent to which the Putin regime is committed to sowing chaos in other nations by seeking to influence elements on the political extremes and to throw the results of democratic elections into doubt. Putin’s strategy on this part seems to be two-fold. First, such maneuvering would arguably throw the political systems of potential Russian adversaries off-course and allow him to pursue his own aims in areas such as Ukraine and other parts of Eastern Europe and in areas such as Syria and the Middle East. Second, throwing the results of democratic elections into doubt allows him to claim that the alleged moral superiority of the West when it comes to democratic norms is a chimera. Finally, to the extent such meddling helps to ignite the political extremes in other parts of the world, it adds to the chaos that Russia would like to exploit.

At the very least, allegations such as these are serious enough that they warrant further investigation and a thorough discussion of what, if anything, can be done to counter them. I am reluctant to support the idea of placing communications via Twitter, Facebook, or any other form of social media or communication under government regulation, but it does seem clear that these companies need to be clearer and more open about the sources of political advertising that take place through their services, and more careful about how they allow individual account holders to set up accounts or use their advertising services. Additionally, there probably ought to be better disclosure of the sources of the funding for politics-based advertising campaigns on these services, especially if there’s evidence that the funding sources come from overseas or from sources that are essentially untraceable such as Bitcoin payments. The sheer number of users on these services, though, and the number of posts per day on each of them, means that it’s next to impossible for either company to effectively track what is happening or who might be behind it until well after the fact. At the very least, though, users need to become far more skeptical when it comes to sharing memes and other postings with political content. Additionally, governments need to become far more vigilant in making sure that the voting infrastructure itself is secure against intrusion or manipulation. If not, we could be headed for even more chaos in the future, and that appears to be exactly what Putin wants.