These stories stand in rather stark contrast:

President Bush finally roused himself yesterday from his vacation in Crawford, Tex., to telephone his sympathy to the leaders of India, Sri Lanka, Thailand and Indonesia, and to speak publicly about the devastation of Sunday’s tsunamis in Asia. He also hurried to put as much distance as possible between himself and America’s initial measly aid offer of $15 million, and he took issue with an earlier statement by the United Nations’ emergency relief coordinator, Jan Egeland, who had called the overall aid efforts by rich Western nations “stingy.” “The person who made that statement was very misguided and ill informed,” the president said.

We beg to differ. Mr. Egeland was right on target. We hope Secretary of State Colin Powell was privately embarrassed when, two days into a catastrophic disaster that hit 12 of the world’s poorer countries and will cost billions of dollars to meliorate, he held a press conference to say that America, the world’s richest nation, would contribute $15 million. That’s less than half of what Republicans plan to spend on the Bush inaugural festivities.

The American aid figure for the current disaster is now $35 million, and we applaud Mr. Bush’s turnaround. But $35 million remains a miserly drop in the bucket, and is in keeping with the pitiful amount of the United States budget that we allocate for nonmilitary foreign aid. According to a poll, most Americans believe the United States spends 24 percent of its budget on aid to poor countries; it actually spends well under a quarter of 1 percent.

Faced with searing images of suffering and grief in South Asia, Americans are finding an instantaneous way to reach out to tsunami victims: on their home computers. As never before, people are turning to the Internet to donate money, the latest step in a revolution that has altered everything from shopping to presidential campaigns. “This is like 1951, when television really took off,” Paul Saffo, director of the Silicon Valley-based Institute for the Future, said yesterday. “We are in the middle of a fundamental shift from mass media to the personal media of computers and the Internet, and charitable giving is a logical progression.”

At Amazon.com alone, more than 53,000 people had donated more than $3 million by yesterday evening after the company made an urgent appeal on its home page. Catholic Relief Services was so overwhelmed with Web traffic that its site crashed. Online donations to the Red Cross outstripped traditional phone banks by more than 2 to 1.

The online generosity was a key part of a massive U.S. response to the crisis in South Asia. From neighborhood coffee shops to large corporations, hundreds of thousands of people donated millions of dollars and a variety of goods. The relief effort ran the gamut from a tavern in Georgetown promoting a New Year’s Eve bash called “Celebrate and Donate” to a San Jose coffee shop giving away free beans to anyone who donated $10. “Online, by phone, the mail,” marveled Steven Gotfried, a spokesman for Washington-based B’nai B’rith International, which has been overwhelmed with offers of support. “Every two or three minutes, we get a donation. People are really giving from the heart.”

Much of that giving came from people sitting at their computers. That has happened before, primarily after the Sept. 11, 2001, terrorist attacks. But relief officials said the scale of online giving has grown dramatically since then. As of Tuesday, for example, 25,000 people had visited RedCross.org to pledge money to aid the tsunami victims. During the same period, about 9,000 people called the donor line, officials said. 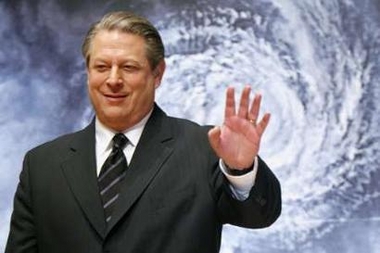