Support for broad gun control measures appears to be slipping:

Americans are more narrowly divided on the issue than in recent months, and backing for a bill has slipped below 50%, the poll finds. By 49%-45%, those surveyed favor Congress passing a new gun-control law. In an NBC/Wall Street Journal poll in early April, 55% had backed a stricter gun law, which was down from 61% in February.

The survey of 1,002 adults was taken Thursday through Sunday by Princeton Survey Research. The margin of error is +/- 4 percentage points.

Those who support a bill want advocates in Congress to hang tough and not compromise — an attitude that also could complicate passing legislation. Sixty-one percent say members of Congress “should only agree to a stronger version of the bill, even if it might not pass.” Just 30% say they should “accept a weaker law” they know can win approval.

“So much of the support for gun control is emotional, following the Newtown tragedy,” says Stuart Rothenberg, editor and publisher of the non-partisan Rothenberg Political Report. The December shooting at the Connecticut school left 20 children and six adults dead. “The longer you get away from there, people start thinking of other issues. They start thinking about terrorism or jobs or immigration, and not surprisingly, then some of the momentum behind gun control starts to fade.”

The Boston Marathon bombings last Monday also may have had an effect, he speculates. “It wouldn’t be shocking if people sitting in their homes in Massachusetts cities and towns thought to themselves, ‘Boy, I wish I had something to protect myself with if a terrorist came through the door now.'”

As I argued last week, here and here, I think Rothenberg is largely correct here.  Gun control has long been a low intensity issue among voters, especially at the national level, and there’s little sign of that changing soon. 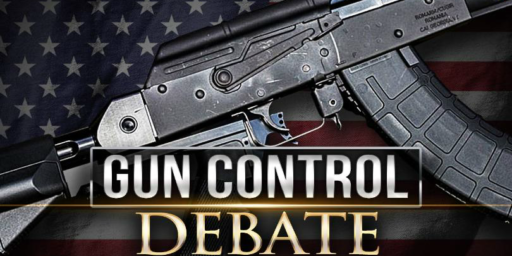 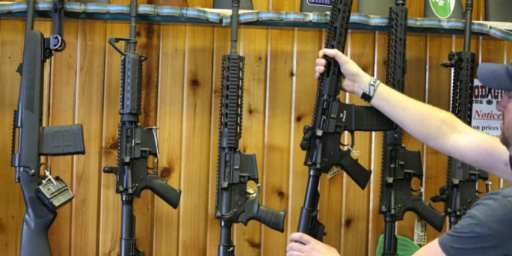