Four suspicious packages addressed to prominent political and media figures have been intercepted in the past three days. 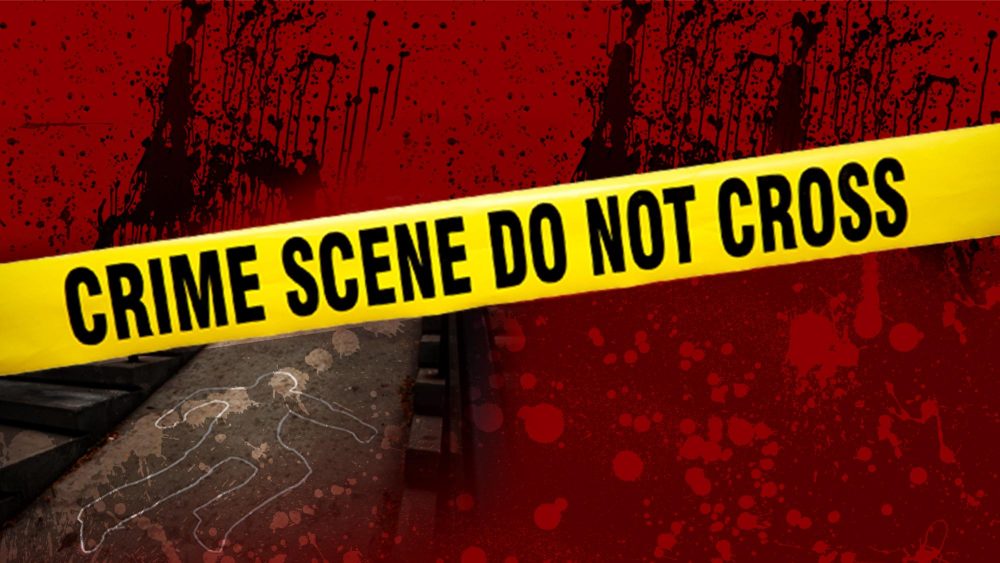 The Secret Service is reporting that it has intercepted suspicious packages that may or may not be explosive devices that were sent to former Presidents and First Ladies Bill and Hillary Clinton and Barack and Michelle Obama, and a third package sent to CNN’s offices in New York City is being investigated by the New York City Police Department:

The devices were similar to one found on Monday at the home of the billionaire philanthropist George Soros, and federal authorities were investigating whether they were linked, two law enforcement officials said.

In a statement, the Secret Service said it “has intercepted two suspicious packages addressed to Secret Service protectees,” who were identified as Mrs. Clinton and Mr. Obama.

“The packages were immediately identified during routine mail screening procedures as potential explosive devices and were appropriately handled as such,” the statement said. “The protectees did not receive the packages nor were they at risk of receiving them.”

The statement said the agency had “initiated a full scope criminal investigation that will leverage all available federal, state, and local resources to determine the source of the packages and identify those responsible.”

Also on Wednesday morning, CNN’s offices in Manhattan were evacuated after a suspicious package was found.

In a statement, the White House condemned “the attempted violent attacks.”

“These terrorizing acts are despicable, and anyone responsible will be held accountable to the fullest extent of the law,” the statement said. “The United States Secret Service and other law enforcement agencies are investigating and will take all appropriate actions to protect anyone threatened by these cowards.”

The Clintons have a home in Chappaqua, a suburb of New York City. They bought their 11-room Dutch Colonial home in the affluent enclave in 1999 for $1.7 million as Mr. Clinton ended his tenure in the White House. The decision to settle in Westchester County came as Mrs. Clinton was preparing to run for Senate from New York.

The devices were recovered not long after an explosive device was found in a mailbox at the Bedford, N.Y., home of George Soros, the liberal philanthropist who is a frequent target of criticism from far-right groups.

“The packages were immediately identified during routine mail screening procedures as potential explosive devices and were appropriately handled as such,” the Secret Service said in a statementWednesday. “The protectees did not receive the packages nor were they at risk of receiving them.”

The Secret Service said the package addressed to the Chappaqua, N.Y., home of Clinton and former president Bill Clinton was recovered late Tuesday. The package sent to Obama’s Washington home was intercepted early Wednesday, authorities said. Clinton and Obama representatives were not immediately available for comment.

The devices sent to Clinton and Obama are suspected to be the work of the same person who sent a similar device to Soros earlier this week, according to two law enforcement officials who spoke on the condition of anonymity to discuss an ongoing investigation. Based on the timing and the material, law enforcement officials suspect the same person is behind all three devices, and officials are scrambling to determine if any other such devices were sent to anyone.

Soros, an 88-year-old holocaust survivor, has funneled much of his fortune into liberal projects around the world, making him a frequent target of rhetoric on the right.

“We condemn the attempted violent attacks recently made against President Obama, President Clinton, Secretary Clinton, and other public figures,” Sarah Sanders, the White House press secretary, said in a statement Wednesday morning. “These terrorizing acts are despicable, and anyone responsible will be held accountable to the fullest extent of the law. The United States Secret Service and other law enforcement agencies are investigating and will take all appropriate actions to protect anyone threatened by these cowards.”

In addition to the packages that were intercepted on their way to the Clintons and Obamas, the New York City Police Department is investigating a suspicious package at the New York City headquarters of CNN and the entire building where those offices are located has been evacuated as a precautionary measure. These reports come just two days after a suspicious package that appears to have been an explosive device was discovered outside the home of George Soros, the wealthy financier who is a well-known funder of liberal political causes and has been a target of conservative pundits and the President for years now. At this time there is no information who may have been behind the planting of the Soros device, but initial reports are quoting law enforcement sources as saying that the composition of the devices sent to the Clintons and Obamas was similar to the one sent to Soros. It’s unknown at this point if the CNN incident is related to all of this, or if this is just another “suspicious package” alert that will turn out to be nothing. One thing that is apparently known about the device left outside Soros’s home was not sent through the mail or a package delivery service was not mailed but was apparently physically placed in the mailbox by someone.  It’s not clear if this is the case with regard to the devices sent to the Clintons and Obamas or the device at CNN’s headquarters. It’s also being reported that the devices sent to Soros, Clinton, and Obama all had a return address but that address has not been disclosed and it is likely that it is not a genuine address in any case.

With respect to the packages that were sent to the Clintons and Obamas, none of the parties were in any danger at the time due to the fact that the packages were intercepted as part of the Secret Services mail screening process. Additionally, Hillary Clinton is apparently not in Chappaqua this morning, although it has not been confirmed where former President Clinton might be today. It’s also unknown if either former President Obama or his wife were at their Washington, D.C. home at the time the package was discovered, although it’s likely that their youngest daughter and Mrs. Obama’s mother were likely home at the time. Again, though, it should be stressed that the packages never made it anywhere close to the Clinton or Obama homes. In the Soros case, the package was apparently opened by an employee of Mr. Soros who then called the police. The circumstances of how the CNN device was discovered is unknown at this time.

In any event, that’s all we know at this point, though I’m sure there will be updates to this information as the day goes on. Therefore, this post will be updated as warranted.

Update: It is being reported that a package addressed to former Attorney General Eric Holder has also been intercepted:

Suspicious package also sent to former AG @EricHolder, but to wrong address. As with the packages sent to George Soros, Clintons, Obamas and @JohnBrennan c/o CNN, the return address was Rep. Wasserman-Schultz (who obviously didnt sent them). Holder packages returned to sender…

And New York Governor Andrew Cuomo just stated on live television that his New York City office received a suspicious package apparently similar to those sent to the other locations:

By my count that makes for at least six suspicious packages/devices so far.

Finally, a package appears to have been sent to Congresswoman Maxine Waters:

Update #2: Law enforcement is now saying that the package sent to Governor Cuomo was not connected to the other packages.

In the meantime, there have been several responses from the White House:

WH condemns attempted attacks targeting Pres Obama and Pres & Secy Clinton and others. "These terrorizing acts are despicable, and anyone responsible will be held accountable to the fullest extent of the law," says @PressSec in written statement.

More from @PressSec: The Secret Service and other law enforcement agencies are investigating the suspicious packages "and will take all appropriate actions to protect anyone threatened by these cowards.”

We condemn the attempted attacks against fmr Pres Obama, the Clintons, @CNN & others. These cowardly actions are despicable & have no place in this Country. Grateful for swift response of @SecretService, @FBI & local law enforcement. Those responsible will be brought to justice.

President Trump on suspicious packages: “In these times we have to unify, we have to come together and send one very clear, strong, unmistakable message that acts or threats of political violence of any kind have no place in the United States of America.” https://t.co/BmgkJ2qaIE pic.twitter.com/7MnJeKBeMn

Trump supporters on Twitter, meanwhile, have jumped on the idea that this is all a “false flag operation”

The apparently coordinated mailing of explosive devices to Democratic party leaders and CNN studios let to a flurry of stories trying to make sense of a still fluid story, and will almost certainly launch a thousand predictable long-form think pieces about the dangers of heated political rhetoric.

The best essays will come after a period of reflection as the reporting of the nuts and bolts of a still-unfolding story begins to emerge, but there appears to be at least one political province of commentators who have made a quick assessment of the multiple mailings of explosive devices: #MAGA Twitter.

The most loyal defenders of President Donald Trump’s administration appear to think that this coordinated story is made of whole cloth; that it’s simply a hoax or “October Surprise” designed to gin up fear in the run-up to the midterm elections less than two weeks away.

It takes all kinds folks

Update #5: A 56-year-old Florida man named Cesar Sayoc, who perhaps not surprisingly is a strong Trump supporter, has been arrested and charged in connection with this case.