There are primaries today in Ohio, Texas, Rhode Island, and Vermont. Nobody outside of those states are paying attention to the last two. Hillary Clinton has staked the continuation of her campaign on doing well in Texas and Ohio and Barack Obama has obliged by saying she’s done if she doesn’t win both of them by a wide margin.

(The Republicans are having primaries too. John McCain will win them. Since everyone presumes he’s the nominee, though, all eyes are on the Democratic contests.)

As Alex noted yesterday, the polls aren’t a lot of help in predicting the outcomes. The conventional wisdom is that Obama is slightly ahead in Texas and Clinton ahead by a somewhat more comfortable margin in Ohio but one can find reputable polls with wide variations.

Ohio: The Buckeye State would seem the easiest of the two to call. Clinton has a 7 point lead in the RCP average, is ahead or tied in every single poll, and has maintained a lead from the beginning.

There’s no real reason to go against the tide here. Turnout is expected to be unusually high, which would seem to benefit Obama since the biggest gain will likely be in the under-30 cohort, but that shouldn’t be enough to overcome a 7 point deficit. Once upon a time, the fact that Zogby had the race a tie would have given me great pause but he hasn’t exactly been setting the world on fire with accuracy lately.

So far as I know, Ohio’s voting rules are relatively normal and Clinton has been fighting especially hard here. She should win relatively comfortably, with a margin of 5 points or so.

Texas: In the Lone Star State, Clinton has moved back in front in the RealClearPolitics average, although by a tiny amount.

The trends are definitely in her favor:

She’s ahead in most of the polls and she seems to be moving up while Obama’s going down. So, she should win, right? Maybe.

The problem, though, is the “Texas Two Step” that we’ve been hearing so much about. Even if Clinton wins the popular vote in the primary by a narrow margin, that only accounts for two-thirds of the votes. The rest are determined by having the most committed of the primary voters caucus later in the day. Obama has dominated caucus voting thus far.

Moreover, as much as twenty percent of the primary voters have already cast their ballot. That means they did so while Obama was still ahead. If intervening events or more reflection has changed their minds, it doesn’t matter.

Finally, Clinton could win the popular vote in the primaries and still come out behind Obama in the delegate count even for that stage because of the odd weighting system Texas uses which advantages precincts with heavy Democratic turnout in the last general election. That means voters in Obama-friendly places like Austin count more than those in Clinton-friendly Hispanic districts where George W. Bush did well in 2004.

There are too many variables here for me to even pretend to come up with a meaningful prediction on the final delegate count. But I think Obama wins narrowly.

Impact on the Race: Despite the conventional wisdom that Clinton needs to win both states to stay in the race, I don’t see it. From a personality standpoint, I think Matt Yglesias gets it right:

Now under the circumstances, I see no real way for Clinton to make up the lost delegate lead, but at this point it does seem to me that she and her campaign staff are probably egomaniacal enough that if they pull out a narrow “win” they’ll keep running anyway hoping for lightning to strike and seeing the damage it’ll do to the party as a feature, rather than a bug, since a crippled Obama who loses to John McCain could set them up for another run in 2012.

My colleague, Dave Schuler, has argued that this is Clinton’s last shot and that every advantage she had in 2008 is diminished by 2012. I agree completely. But that doesn’t mean Clinton does.

Moreover, given the proportional allocation of delegates the Democrats use, the race will likely remain a virtual tie regardless of tonight’s “winners” and “losers.” The press and Democratic Establishment may start to hammer Clinton to withdraw and anoint Obama as the prohibitive favorite. But so long as she’s got the resources and energy to run, I don’t see why she’d quit. She is, as she noted in her announcement, “In it to win it.” My guess is that will be true until the bitter end.

Other OTB Predictions and Analyses: 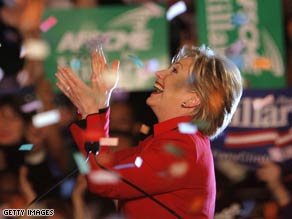 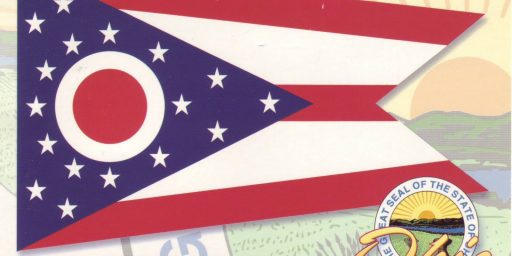 Should Superdelegates Be Counted Yet?