Membership has its privileges. 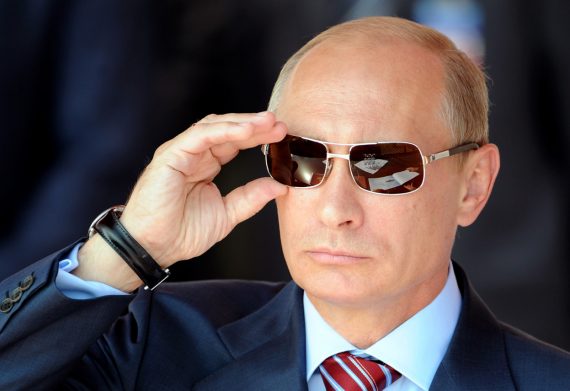 The New York Times reports that high-ranking Russian officials get access to special highway lanes closed to most other Russians:

MOSCOW — It’s known as the “special highway” — a wide, flat road, with a lane down the middle, that links the Kremlin with President Vladimir V. Putin’s residence in the pine woods, 14 miles outside of Moscow.

Reserved by law for emergencies, the median lane is used mostly by Russia’s wealthy and privileged to bypass traffic. To have access to the lane has become a status symbol, the main currency in Russia today.

But the road, which runs through Kutuzovsky and Novy Arbat Avenues, is special in another way, too. Unlike most multiple-lane highways in Russia, this one has no safety barriers to separate traffic flows and discourage pedestrians from being on the road. It is one of the deadliest thoroughfares in the city, according to police reports and traffic experts.

At least five deaths in accidents on the highway in 2017, and two more this year, were related to the lack of a median barrier, according to the reports. One was Sergei V. Grachyov, a traffic police officer and 32-year-old father of two, who was standing in the middle of the road and died on the scene.

To some, the existence of the special highway without its safety barrier tells a story in microcosm of today’s Russia, where a culture of privilege defines society.

“This is a small mirror that reflects much wider problems in Russia,” said Mikhail Y. Blinkin, the country’s top transportation expert.

Russia has an elaborate culture of the so-called “ponty”— slang for a system of symbols and behavioral patterns that telegraph status. Sergei S. Teplygin, 35, is an avid student of the culture, of which he says the special highway is a prime symbol.

“I know this culture well,” said Mr. Teplygin, who owns a tour operator in St. Petersburg. “It is a part of my life.”

Mr. Teplygin runs an online community of a few dozen enthusiasts who cruise around Russian cities, looking for luxury cars with special license plates that are violating traffic rules as though to demonstrate their untouchable status. People in his group take pictures of the cars and upload them online. His online forum has a dedicated thread about the special highway.

“You cannot understand how cool you are before you drive in the middle of this road,” Mr. Teplygin said, sitting in a burger restaurant. “Spotting this is like sports for us.”

The highway was built in the 1950s to link the Kremlin with government residencies west of Moscow. Along the road are grand Stalinist buildings, constructed for members of the Soviet elite. The median lane was reserved for government cars in the beginning, too, but the traffic was much lighter at the time and so there were not as many accidents.

Today, the road reflects the hierarchy that organizes life in Russia into a top-down structure.

Traffic gets fully blocked for cars carrying Mr. Putin and Prime Minister Dmitri A. Medvedev. Only certain cars with special license plates are permitted to use the middle lane, and violators are swiftly moved aside by the police, say advocates for traffic safety. Government ministers drive with the general traffic, some of them surrounded by a few police cars, depending on their rank.

Sergei A. Medvedev, now a popular commentator and TV host (and no relation to Prime Minister Medvedev), grew up in one of the imposing buildings near the highway and has seen many of the crashes on it. Leonid I. Brezhnev, the former Soviet leader, lived nearby.

“In Russia, you always have to prove your status,” said Mr. Medvedev, who is also a professor at the Higher School of Economics in Moscow. “One of the main questions of the Russian life is: Who are you? Who are you to drive this way, live in this house, walk with this woman?”

Under the old Soviet system, depending on official status, people would get apartments in a particular building or access to certain resorts or special grocery stores reserved for top officials and their clients — the so-called nomenklatura.

This system disappeared for a while after the 1991 collapse of the Soviet Union. One of Boris N. Yeltsin’s most famous publicity stunts, for instance, was to ride to work on a trolley bus.

But the system quickly re-emerged in the new, capitalist Russia and blossomed under Mr. Putin’s rule, who famously drove through the Novy Arbat section of the virtually emptied special highway in a motorcade during his last presidential inauguration in 2012.

As the old American Express commercial used to say, membership has it’s privileges.