Regardless of who wins control of the Senate in November, the person who will stand third in the line of succession will either be over, or very close to, eighty years old. That doesn't make sense. 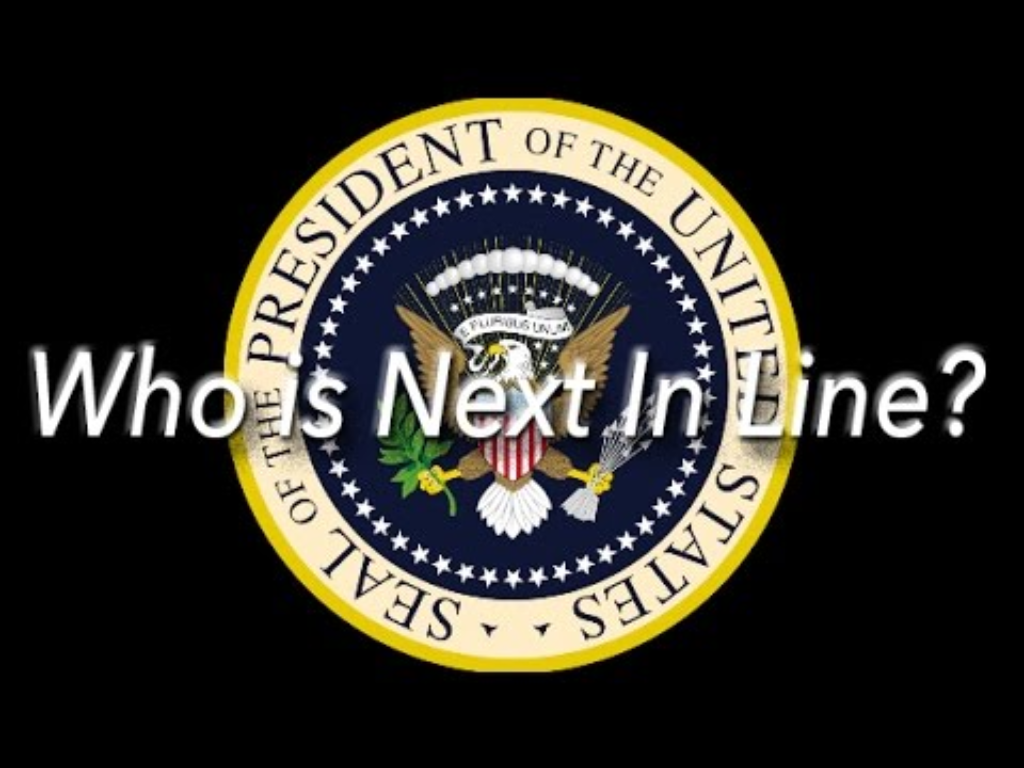 Regardless of who wins control of the Senate in November, the Presidential line of succession will change thanks to the fact that Orrin Hatch, the current Senate President Pro Tempore is retiring at the end of the year. This means that there will be someone new in the place of the third person in line to become President in the event of a national disaster that takes out the President, Vice-President, and Speaker of the House. Traditionally, that position falls to the member of the majority party with the most seniority, which means that regardless of who controls the Senate the line of succession will include either an octogenarian or someone who is close to becoming an octogenarian, and the Senators immediately in line behind them aren’t much younger:

Sen. Orrin G. Hatch, 84, is the Senate’s pro tempore, but the Utah Republican is retiring at the end of the year. Depending on who wins the majority, either Sens. Charles E. Grassley, 85, or Patrick J. Leahy, 78, would take the position. The Iowa Republican and Vermont Democrat each won a full six-year term in 2016.

Just behind Leahy, if something would force him from office, is Sen. Dianne Feinstein (D-Calif.), the 85-year-old who is running for reelection in November.

Congressional historians believe this should be fixed.

“It doesn’t make a whole lot of sense to have the office of the presidency devolve on an octogenarian,” said Ross K. Baker, a distinguished professor at Rutgers University who did five fellowships in Senate offices the past two decades.

To be sure, Baker himself turned 80 in June. He believes that the pro tempore position should just be given to the majority leader.

“It makes a great deal of sense,” he said.

That rules change would hand the post to Senate Majority Leader Mitch McConnell (R-Ky.), who at 76 is two years younger than Leahy.

At least that leadership position comes through an election process in the party caucus. Recent majority leaders have included Thomas A. Daschle (D-S.D.), 53 when he took the job, and Bill Frist (R-Tenn.), 50 at thet time.

The custom of granting the longest-tenured senator in the majority the pro tempore position begin in the late 19th century, according to a 2015 report from the Congressional Research Service. For most of the 19th century — when the Senate operated without majority and minority leaders — the Senate elected the pro tempore position much like today’s leadership elections.

“No one in American government matches these four senators in terms of demonstrated leadership, accrued wisdom, and institutional memory — in other words, the very qualities we’d need in a president in a moment of national crisis,” Matt Whitlock, his spokesman, said in a statement.

Institutional memory is a crucial trait, but President Grassley? Or President Leahy?

The 2001 terrorists attacks are believed to have initially targeted the White House and the Capitol, and on that day the sitting Senate president pro tempore, Sen. Robert C. Byrd (D-W.Va.), wandered outside the Capitol’s East Front amid the chaos with no staff.

Ever since, the post has come with a security detail and a car, as well prime office space in the Capitol and a handful of paid staff.

Also, with President Trump’s 2016 campaign under investigation, it’s not completely implausible to see the vice presidency vacated, with Mike Pence taking the top job. In such a scenario, a Democratic-controlled House might not quickly confirm the new vice president.

During such an extended period, the line of succession next year could rest with a House speaker who is now 78, Rep. Nancy Pelosi (D-Calif.), and 85-year-old Grassley.

The Senate Majority Leader, on the other hand, is the leader of his or her respective political party in the Senate and is selected by the caucus of the majority party for that purpose. They have primary control over the Senate calendar and significant influence over what does and does not make it to the Senate floor for consideration. More importantly, when the Majority Leader seeks to take an action with regard to an outstanding bill or nomination they generally do so via a motion directed to the President or President Pro Tempore of the Senate. In many cases, these motions involve parliamentary and procedural issues that the person presiding over the Senate has the authority to decide. If the Majority Leader and the President Pro Tempore were the same person, then the Majority Leader would essentially be asking himself to grant a motion under some interpretation of Senate rules. This seems unworkable and unwise.

This leaves two other alternatives.

The first would be for the Senate to change the manner in which the President Pro Tempore is chosen so that it doesn’t just automatically fall to the member of the majority party who has been in office the longest. One possible alternative would for the members of the Majority Party to select someone for the position in a vote similar to the manner in which they select other leadership positions. Under this procedure, the position of President Pro Tempore would not necessarily go to the most senior member of the caucus but to a person that the caucus (hopefully) believed would be the best to serve both the Senate and as the person who is third in line to become President. Under this system, the most senior member of the caucus could be given an honorary title recognizing their seniority but which is outside the line of succession.

The second option would be to change the law regarding the Presidential line of succession. It has long been suggested by scholars, for example, that the current law, which was adopted when Harry Truman was President, is of doubtful Constitutionality due to the fact that it provides for members of the Legislative Branch to succeed to the Presidency if the eventuality were created. Specifically, it is noted that the Presidential Succession Clause of the Constitution, which is found in Article II, Section 1, Clause 6 of the Constitution specifies that only an “officer” of the United States may be designated as a Presidential successor and that neither the Speaker of the House nor the President Pro Tempore of the Senate qualify as officers of the United States and are instead representative of their respective of chambers of the Legislative Branch. Under this interpretation of the Succession Clause, the legitimate line of succession should flow from the President to the Vice-President and, beyond that, to the members of the Cabinet in an order designated by Congress.

Whichever solution is found, it seems as if some changes to the line of succession are long overdue. As the September 11th attacks made clear, the risks to the line of succession are as real now as they were during the Cold War, and perhaps even more so. At the very least we ought to be able to have something a bit more stable than a world where the person who is third in line to the Presidency is whoever happens to have been around the longest.

Secret in the Line of Presidential Succession