After four days of hearings, the fate of Brett Kavanaugh's nomination to the Supreme Court seems assured. 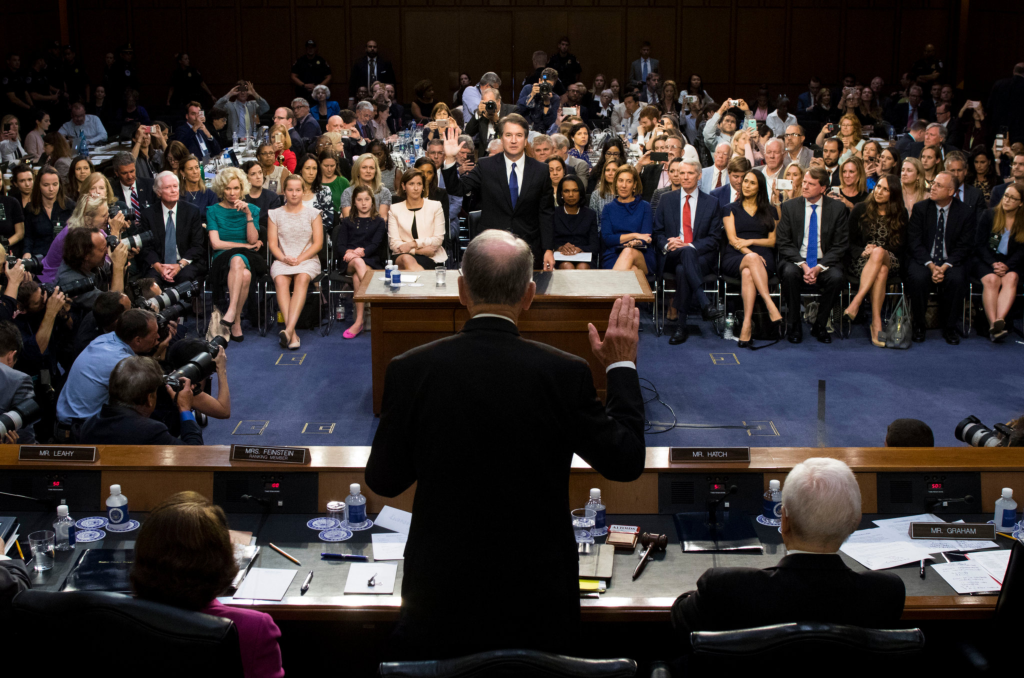 After an opening day that consisted of arguments over documents and long-winded speeches by Senators and two days of questioning of the nominee that left him largely unscathed, yesterday’s final day of Judiciary Committee hearings on the nomination of Judge Brett Kavanaugh to the Supreme Court were likely far less interesting as interest groups on both sides spelled out their reasons for supporting or opposing the nomination and Senate Democrats accused Kavanaugh of dissembling although not really being able to lay a glove on him:

WASHINGTON — Senate Democrats and their allies accused Judge Brett M. Kavanaugh on Friday of misleading the Judiciary Committee, saying he dissembled in testimony about crucial issues ranging from his views on abortion rights to his involvement in several Bush-era controversies.

But Republicans expressed confidence that none of the punches Democrats had thrown at the Supreme Court nominee had landed with sufficient force to jeopardize his confirmation.

In two of the strongest statements on Friday, Senator Dianne Feinstein of California, the top Democrat on the committee, said on Twitter that Judge Kavanaugh gave answers that “were not true” when asked whether he had used “materials stolen” from committee Democrats when he was a White House lawyer under President George W. Bush. Senator Ron Wyden, Democrat of Oregon, also using Twitter, accused the judge of lying.

“What else is he lying about?” Mr. Wyden wrote. “His views on overturning #RoevWade? Whether he was involved in Bush-era torture programs? Whether he believes Trump can pardon himself?”

But Raj Shah, a White House spokesman, dismissed the complaints by Democrats and liberals, while attacking those who made public some of Judge Kavanaugh’s White House emails that were provided to the Judiciary Committee but marked “confidential,” meaning they were not to be disclosed.

“We should put these Democratic senators under oath, because they are the ones deliberately misleading the public,” Mr. Shah said. “They’ve violated Senate rules, leaked confidential information and trafficked in conspiracy theories — all in a desperate attempt to smear Judge Kavanaugh’s stellar reputation. The good news for the country is that it has been a resounding failure.”

Mr. Shah’s final point may prove true. Senate Democratic staff members, preparing for the next phase of the fight, circulated a draft document on Friday titled “Judge Kavanaugh Misled the Judiciary in 2004 and 2006 and Has Done So Once Again.”

But with no Republican senator signaling any concern, and with the party holding 51 votes in the Senate, Judge Kavanaugh’s confirmation appeared likely, even as questions linger over documents that remain hidden from the public.

“I expect that over the next months, even years, all of the relevant documents will eventually become public and we may well end up having a much clearer record in a number of the incidents that were debated very fiercely,” said Senator Chris Coons, Democrat of Delaware.

“And at that point,” he added, “Judge Kavanaugh will most likely be serving as a justice of the Supreme Court.”

As The Washington Post notes Democrats are seizing on the allegation that Kavanaugh has been less than candid about his involvement in certain Bush-era issues, but they haven’t been able to provide any concrete confirmation to support their accusations:

Sen. Patrick J. Leahy (D-Vt.) said Friday that Supreme Court nominee Brett Kavanaugh was “not truthful” when he denied knowing that he had received documents that Leahy said had been “stolen” from him and other Democrats.

Leahy said that emails disclosed during Kavanaugh’s nomination hearing this week buttress his case that Kavanaugh knew, or should have known, that he had received documents that Republican staffers took from a computer jointly shared with Democrats.

“There were numerous emails sent to him that made it very clear this was stolen information, including a draft letter from me,” Leahy said in an interview.

Kavanaugh, asked during this week’s hearing whether he ever suspected the material was taken from Democrats, responded, “No.” White House spokesman Raj Shah said in a statement that Leahy’s assertion shows “just how desperate he is to smear Judge Kavanaugh’s stellar reputation.”

The allegation is one of several from Democrats who say Kavanaugh has not been completely forthcoming during his confirmation hearings, both for the federal bench years ago and during this week’s Supreme Court hearings.

aThough Kavanaugh this week referred to the decision legalizing abortion nationally as established precedent, recently released emails show that as a White House lawyer in 2003 he advised against referring to the ruling as “settled law.” Earlier this week, he clarified testimony from his 2004 confirmation hearing involving a controversial judge he helped shepherd through the nomination process.

Leahy’s charge stems from an infamous episode between 2001 and 2003 when a Republican counsel on the Senate Judiciary Committee, whaManuel Miranda, learned that Democrats on the panel had put documents on a computer server shared with Republicans. Miranda said in an interview that he read them to learn about the party’s strategy on judicial nominations coming before the committee.

At the time, Kavanaugh was associate counsel in the White House and was responsible for helping to vet judicial nominees who would appear before the Judiciary Committee.

Miranda, now a private attorney in Maryland, said he worked “closely” with Kavanaugh on the nominations and may have shared information that he learned from the Democratic files. But he said that he never let Kavanaugh know he had seen documents taken from Democrats.

“I never told him that I got this from the Democrats. There was never anything like that,” Miranda said. “I can tell you for a fact that Brett didn’t know, because no one knew” aside from some other staffers.

A congressional report blamed Miranda and another staffer for viewing the documents. Miranda said he was never charged in the matter and that he never considered his action to be “hacking,” as Leahy has described it.

While these allegations sound serious, there’s simply no evidence to suggest that Kavanaugh knew at the time that he was involved in the email exchanges with Miranda and others in the Bush White House that the information in question had allegedly been “stolen” from Senate Democrats or that there was anything nefarious about how that information had been obtained. Indeed, as Kavanaugh noted during his questioning, and which Leahy did not dispute, it was not uncommon for the two sides of the Judiciary Committee to share information with the White House on various matters so the fact that he was receiving email that contained information that could have come from Democratic sources wasn’t necessarily unusual. Senator Leahy did not dispute this and did not provide any information other than which he already had, which is basically the same as what he had when this issue came up during Kavanaugh’s confirmation hearings to become a Judge on the D.C. Circuit Court of Appeals took place more than ten years ago. Given this, it’s unlikely that this line of inquiry is going to amount to much of anything.

Another issue that seems to have been a hit and a miss on the part of Committee Democrats was the line of questioning that had been pursued over the two days of Kavanaugh’s questioning primarily by Senator Kamala Harris of California. Near the end of the first day of questioning on Wednesday, Harris asked Kavanaugh if he had ever discussed the investigation being conducted by Special Counsel Robert Mueller with any of the attorneys at the law firm Kasowitz Benson & Torres, the law firm that had been founded by Mark Kasowitz, who until recently had served as one of the President’s personal lawyers. In his initial response to that question, Kavanaugh seemed somewhat confused, pointing out that the firm employes more than 300 lawyers in nine different cities and asked Harris if she had a particular attorney in mind. Harris was evasive about that part of her question and that left the questioning hanging and led many to assume that Harris had some information that would call Kavanaugh’s veracity into question if he said that he had not had any such discussions. Subsequent questions narrowed the question down to whether or not Kavanaugh had discussed the investigation with an attorney named Ed McNally, who Kavanaugh had worked with at the George W. Bush White House and who is now a partner working out of the firm’s New York office. Kavanaugh said that he had not had any such discussions with McNally or anyone else at the firm, and the line of questioning ended there. If Harris had any other information in this regard, it’s rather obvious she would have revealed it before the hearings came to an end and, in any case, it’s unclear exactly what nefarious issue would have been raised here if Kavanaugh had had any such discussions.

As for the substance of the issues likely to come before the Court should Kavanaugh become a Justice, we didn’t really learn any more than we have from other recent confirmation hearings. As has been the case with every Supreme Court nominee since Ruth Bader Ginsburg, Kavanaugh largely declined to answer pretty much every question that even came close to asking how he might rule with regard to a specific precedent by responding that it would be inappropriate for him to comment on potential future cases. As I said before, while this response may be frustrating to Senators and some viewers of the hearings, it is entirely understandable and appropriate. A Judge making any promises regarding how they might rule in the future would be a tremendous breach of judicial ethics, would set a precedent for future nominees that would only guarantee that these hearings will become even more political, and would cast doubt on the legitimacy of future decisions. As I’ve said, the Senators who ask these questions know this, but they persist in trying to nail nominees down on specific issues to score political points and for the consumption of the television audience.

With all that being said, after four days of hearing it’s clear that there was nothing revealed about this nominee that can be said to be sufficient to stop his nomination from proceeding forward. The Republicans on the Judiciary Committee will most certainly approve his nomination and send it to the floor of the Senate for a full vote. After that, the Democrats will basically be out of options. Senate Majority Leader Mitch McConnell will put the nomination forward and this will start a debate clock that cannot be stopped and which will end with the votes necessary to confirm Kavanaugh. As I’ve already stated, there’s every reason to believe that the 51-member Republican caucus will remain united in favor of the nomination, and they’ll likely be joined by three, or perhaps four, Democrats representing predominantly red states. In other words, except for the formalities this process is basically over. 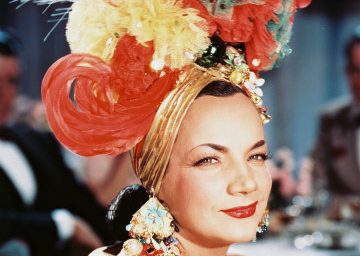