Time To Start Thinking About Another Government Shutdown ‘Crisis’?

Are we headed for another Federal Government shutdown, or will Congress actually do its job this time? 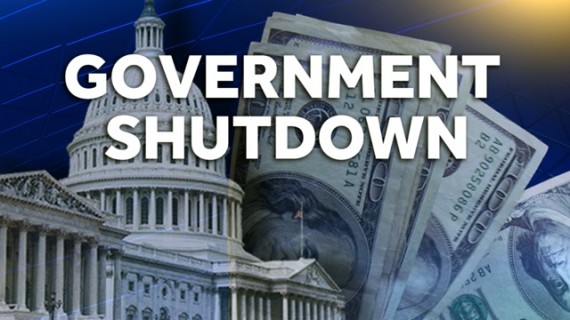 While the nation’s attention has been focused for the better part of the past month on the ongoing problems with the roll-out of the Affordable Care Act, the issues that we were dealing with before that, namely passing a Federal Budget and nearing the deadline for once again increasing the debt ceiling. For much of this time, the House-Senate Budget Committee tasked with coming up with a budget compromise has been meeting mostly behind closed doors to try to do just that. Most importantly, though, the deadlines that were set in the legislation that ended the Federal Government shutdown are fast approaching. The Continuing Resolution funding the Federal Government runs out in mid-January, for example, and the Conference Committee is charged with coming up with some kind of an agreement by mid-December. Additionally, the debt ceiling extension runs out in mid-February. So, just as the time limits for the Federal Exchange website are fast approaching, the deadlines for Congress to act are also fast approaching, even more so given the fact that the House of Representatives and the Senate are only scheduled to be in session a limited number of days between now and the end of the year.

All of this is leading some on Capitol Hill to start pondering the seemingly unthinkable, namely whether we’re potentially headed for another shutdown crisis:

Washington (CNN) – Hovering above Congress with the unpleasant scent of deja vu are concerns that current budget talks seem poised to fail and that the word “shutdown” is back on the rise.

“There does not seem to be a serious effort to reach agreement in the budget conference,” House Democratic Whip Steny Hoyer of Maryland told reporters on Tuesday.

The “budget conference” is the 29-person House and Senate conference committee tasked with hashing out basic budget parameters, including total spending for the next two years. They have until December 13 to come up with a deal.

“Many of us are skeptics there ever will be (a deal),” said Sen. John Thune, R-South Dakota, adding he is confident that the leaders of the budget conference, Rep. Paul Ryan, R-Wisconsin, and Sen. Patty Murray, D-Washington, are doing their best.

Personal thoughts about the leaders aside, a lack of confidence in the process has moved into higher gear this week.

On Monday, the 13 top Republicans on the House Appropriations Committee sent Ryan and Murray a letter expressing concern and urging them to at least come up with a topline figure for spending so that appropriators could then start writing the bills that actually spend the money.

The lawmakers behind that letter are worried that they won’t have time to write and pass appropriation bills before January 15, when government funding is set to run out.

They didn’t mince words in the letter: “The failure to reach a budget deal to allow Appropriations to assemble funding… will reopen the specter of another government shutdown.”

“We need that (spending figure),” said Rep. Frank Wolf, R-Virginia, who signed the letter. “It will probably take a good month (to write the spending bills).”

Even those Members of Congress commonly identified with the Tea Party and the organizations outside of Congress associated with the Senate aren’t quite sure how to approach things this time around:

Conservative leaders from more than a dozen outside groups warned congressional Tea Party Caucus members against another government shutdown.

A heated discussion broke out Wednesday at a closed-door Tea Party Caucus meeting organized by the group TheTeaParty.net, according to a source in the room.

The consensus in the meeting was that House Republicans should work to avoid another government funding fight when current funding levels expire on Jan. 15 — “though there was a vocal minority cheering it on,” according to an attendee who was not authorized to speak about an off-the-record meeting.

The pro-shutdown contingent said that a second shutdown fight could be won with better GOP messaging.

But members of prominent conservative outside groups warned the Tea Party Caucus against a repeat of October’s 16-day impasse over government funding, warning that the shutdown fight was the Democrat’s best chance to recapture the House.

Conservative groups also noted that the debate over the Affordable Care Act is likely to intensify if premiums rise in 2014 and website problems continue.

“Why create a distraction?” the attendee told POLITICO about the consensus.

Other attendees at the meeting included leaders and consultants to major conservative outside groups like Grover Norquist of Americans for Tax Reform, and representatives from FreedomWorks, Tea Party Express, Citizens Against Government Waste and others.

The fact that you’ve got many of the same prominent Tea Party organizations that were behind the “Defund Obamacare” movement this summer that led to the October shutdown crisis now cautioning restraint is, I think significant. Though we’re only a month out, the lessons of that event are really quite apparent. The Republican Party, led primarily by its most conservative wing in both Chambers of Congress, set itself down a road that many of its own most prominent members were warning loud and clear could not possibly succeed, an argument that was well-supported by polling that was taken in the weeks leading up to the September 30th deadline on which the Fiscal Year came to an end. Rather than listening to these polls, though, the Tea Party caucus goaded its party into a strategy allegedly designed to weaken the core legislative achievement of the President’s first term in office even though there was absolutely no evidence that they could succeed. When they didn’t and the shutdown stretched from a few days, to a week, to two weeks, the poll numbers continued to indicate that the GOP was being harmed politically far more than the President and Congressional Democrats. It was only then, and even then painfully, that GOP leadership felt like it had the breathing room necessary to get the government reopened and the debt ceiling extended, albeit only on a limited basis. Now, with each day, we inch closer to the deadlines set in that deal and the GOP, and particularly its Tea Party wing, will have to decide what to do.In the end, the rational response for the GOP would be to resist the urge to push for another shutdown.

Ideally, this won’t even be a necessary debate because the Conference Committee will reach a deal that will be able to pass both Houses, and that they’ll do so in enough time to allow the Appropriations Committees to work on the bills that they need to pass in order for an actual budget to be passed. If that happens, then Washington will have accomplished something that it hasn’t done since Barack Obama became President, actually pass a budget rather than fund the government via Continuing Resolutions, something that has became all too common. If that doesn’t happen, though, then it’s obvious that another CR is a far better option than proceeding down the shutdown path again, because there’s simply no way that battle can be won without both sides coming out of it looking bad in the eyes of a public who, looking at things from a distance, likely just wants to see Congress do the job it was elected to do.

Given how badly Congress in general, and the GOP in particular, was burned by public reaction to the last shutdown, I’d expect that we’ll see some kind of resolution to this short of a shutdown. Then again, this is Washington so it always pays to hope for the best, expect the worst, and anticipate some kind of resolution that won’t make anyone happy.