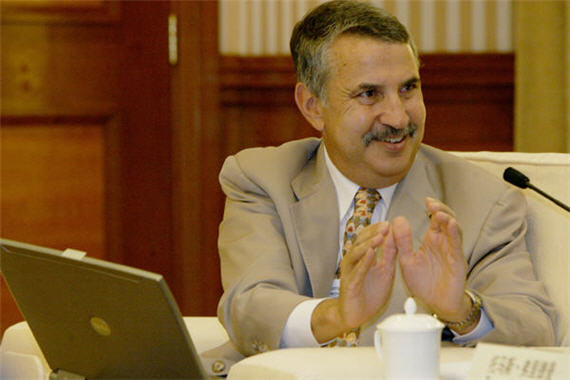 I’ve seen a bit of snark on Twitter and the blogs over this advertisement for 30 (aka “two dozen”) reporters at National Journal Group:

In all of its hiring, Atlantic Media seeks two pillar qualities – force of intellect and a personal spirit of generosity.

Recognizing that these gifts may not present in the same individual, Atlantic Media is recruiting for individuals working down either of two paths:  relentless breaking news or original, rigorous commentary.

Original Insight: The intention here, harder to realize, is to identify individuals made for – naturally wired for – original insight, original frames for comment on the large, national issues.  Economist rigor; Tom Friedman insight.

Now, this is rather . . . ambitious.  Especially on what is purported to be a salary offering in the low $30,000s.[*]  But, hey, shoot for the moon and see what you get.  It’s definitely a buyer’s market for journalistic talent right now.

Ken Layne snorts, in a posting titled “The Atlantic Hiring 29 Journalists and an Idiot,”

Wonkette operative “Tom Y.” sent along this Want Ad with the subject line, “ATLANTIC SEEKS TO CLONE WORLD’S WORST COLUMNIST,” which is about right. Except for the cloning part. Atlantic Media Group clearly wants to find and groom and create the next awful conventional wisdom hack on the bestseller list, and they hope to find this Mustache of the Future while the economy’s still in the toilet and every journalist fears for his or her job, every single day, until the inevitable layoff/shutdown/accidental explosion.

So, if you’ve been wishing the Atlantic Monthly had more in the way of 800-word brain farts by confused middle-aged men sitting in first class who just realized the logo on the napkin looks like a rising star or whatever, then maybe YOU are the new Tom Friedman, but of The Atlantic. Good luck, and enjoy the Pulitzers!

Annie Laurie snarks, “it remains a golden opportunity for anyone seeking revenge on an unemployed liberal-arts major who’s done something truly unpleasant, or possibly a young stupid relative with a boundless sense of entitlement and a poor grasp of social boundaries.”

Recall yesterday’s post on former journo and Obama flack Linda Douglass being hired as an Atlantic vice president and the publisher’s declaration that “getting attention, getting links, attracting talent, it looks like famous now matters.”   It simply sounds like that’s what parent company National Journal is counting on as a business strategy.

And, really, it makes as much sense as anything else I’ve seen as a recipe for adapting to the new realities.   Note that the Washington Post company has brought in Ezra Klein and Dave Weigel and proclaimed that this is their model for the future.   They’re looking for people who can bring their own readers with them and produce 25-30 mini articles a day and promote them all on Twitter.

Further, while I understand the appeal of piling on Tom Friedman — hell, I do it myself from time to time — the fact of the matter is that he’s a one man cottage industry.   His ability to synthesize big ideas into cutesy phrases and churn out instabooks on a regular basis is a publisher’s dream.   Is the the most insightful analyst on foreign affairs going?  Nope.  Has he been wrong at least as often as he’s been right?  Probably.   But he’s clever, productive, provocative, and entertaining.     And unlike virtually anyone else at the NYT, he’s undoubtedly worth more in net revenue to the company than they’re paying him.

*UPDATE:  Actually, while this figure wouldn’t shock me, it’s inadvertently pulled out of thin air.  Liz Heron tweeted yesterday about a job at $10-18/hour but she was talking about an LA Times ad for web producers and I conflated the two announcements in my head.  Same business model, but possibly different salaries.