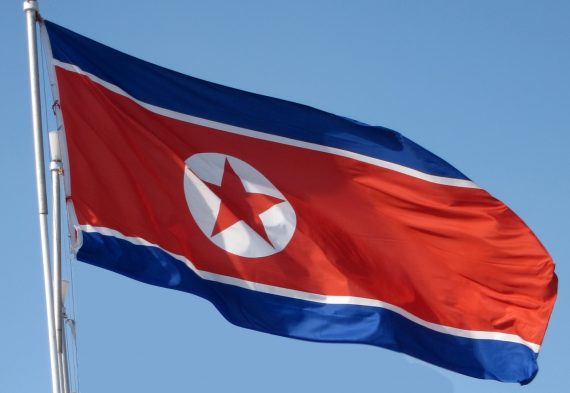 Gen. Hyon Yong-chol, the minister of the People’s Armed Forces, was believed to have been executed with an antiaircraft gun in Pyongyang, the North’s capital, around April 30, National Intelligence Service officials told South Korean lawmakers during a closed parliamentary session.

Mr. Kim deemed General Hyon disloyal after he dozed off during military events and second-guessed Mr. Kim’s orders, the intelligence officials were quoted as saying by two lawmakers, who attended the session. With hundreds of North Korea’s elite watching, General Hyon was executed on charges of being a traitor, the officials said. General Hyon, who is considered second in the military hierarchy only to Vice Marshal Hwang Pyong-so, has disappeared from North Korea’s state-run news media since late April.

The National Intelligence Service referred any queries from the news media to the two lawmakers, Lee Cheol-woo and Shin Kyoung-min.

Mr. Kim is believed to have been terrorizing North Korea’s elites with executions and purges as he has struggled to establish his authority since the death of his father, Kim Jong-il, in 2011.

It was not clear how the South Korean spy agency acquired information on General Hyon’s supposed execution. Last month, the agency told the parliamentary intelligence committee that North Korea had executed 15 high-ranking government officials this year.

Information the spy agency has provided during closed parliamentary hearings has been considered reliable. But analysts caution that gathering verifiable data on the inner workings of the North’s government is difficult.

When Mr. Kim’s father died, South Korean intelligence officials were not aware of it until Pyongyang announced the news two days later.

Cheong Seong-chang, a senior analyst at the Sejong Institute in South Korea, warned that the spy agency was publicizing “unverified intelligence” on the supposed execution of General Hyon and said that prudent analysts should wait for more solid evidence.

“If he was really executed before other officials in late April, North Korea by now would have erased all his images from old documentary footage being broadcast on the North Korean TV, but that apparently has not happened yet,” Mr. Cheong said.

The spy agency has in the past been accused of leaking shocking news about North Korea to unsettle its government or divert attention from domestic scandals. In recent weeks, the South Korean government has been rocked by the North’s test of a submarine-launched missile and a domestic bribery scandal that led to the resignation of the prime minister.

South Korean officials said North Korea’s leader, believed to be in his early 30s, was resorting to a mix of terror and rewards to thwart any challenge to his leadership. He was believed to have ordered the execution of 68 senior officials from 2012 to last year, according to the South Korean spy agency. The reasons given included failure to follow through with Mr. Kim’s orders or raising questions about his decisions.

The most famous of Kim’s apparent executions of high-ranking officials since coming to power, of course, came in late 2013 when he ordered the execution of Jang Song Thaek, Kim’s uncle. Jang’s execution surprised many observers of Pyongyang because he had been both a close ally of Kim’s father and had served for years as the younger Kim’s right hand man and, according to some estimations, the person who helped the young leader establish credibility with the much older military and party leadership. Jang’s execution was apparently sudden and, at least according to some reports, quite brutal. Most importantly, though, it set off a wave of speculation about what exactly is going on inside the North Korean government that continues to this day. According to some theories, Jang was executed because he was deemed to be too close to China, which has long sought to maintain some degree of control over North Korea. Others speculated that Jang was executed because of rumors that he was involved in a plot by top military leaders to depose Kim. Finally, and perhaps most simply, many argued that the execution was a sign that the younger Kim no longer needed his uncle to guide him or vouch for him with the military and that Kim was seeking to consolidate his power. This last theory is arguably the most plausible given the fact that  Jang’s execution has apparently been followed over the ensuing year by the executions of a number of other high-ranking officials, including all living members of Jang’s family.

If that last theory is correct, then General Hyon’s execution would seem to be yet another step in this process. As with the reports about Kim’s uncle being devoured by dogs, we should take the report that Hyon was killed with anti-aircraft fire with a massive grain of salt. More likely than not, reports like that are released more to scare the North Korean public, and other members of the military, than anything else and, of course, the possibility exists that this is something of a deliberate exaggeration by South Korean intelligence. At the very least, though, it does seem apparent that yet another top member of North Korea’s leadership has been eliminated, and that he will likely be replaced by someone loyal to Kim Jong Un. This could be just another move by Kim to move aside the people who were in charge when he took power, or it could be a sign that he’s not entirely secure in his position. As with everything else dealing with North Korea, that’s a complete mystery. Whatever the answer is, and whatever else it is that might actually be going on in Pyongyang, though, it’s yet another thing to worry about when it comes that country.