Once again, President Trump gets taken for a sucker by the North Koreans. 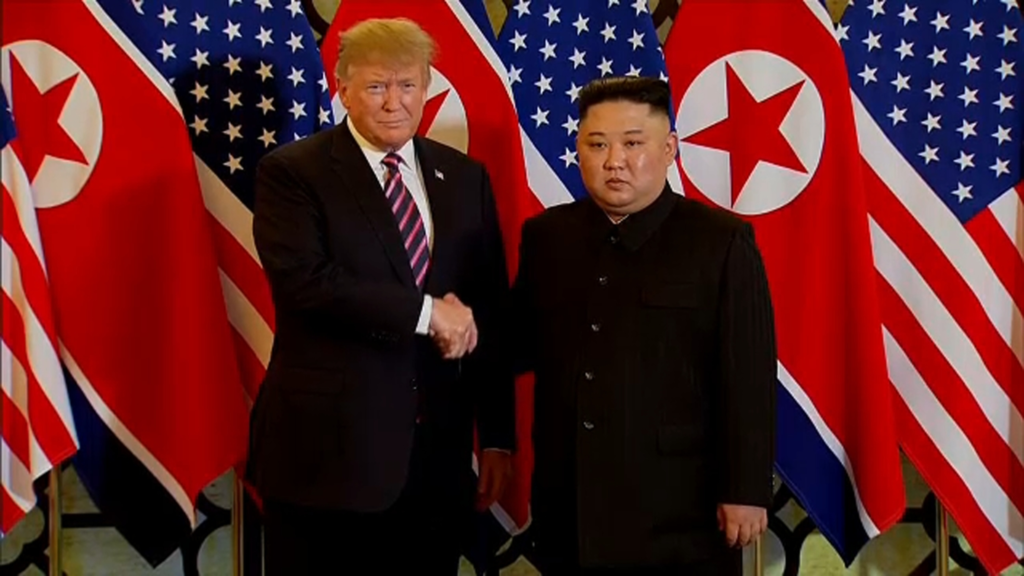 President Trump may have walked away from the Hanoi summit with nothing, but it appears that North Korea got something without having to give up anything in return:

WASHINGTON — The United States and South Korea will suspend two large-scale joint military exercises this spring, two American officials said Friday, as part of President Trump’s efforts to maintain the truce he has struck with Kim Jong-un, the leader of North Korea.

A limited version of the training drills, however, are still expected to go forward, officials said. The United States and South Korea have long held large-scale exercises in the spring, known as Key Resolve and Foal Eagle — the latter of which usually includes thousands of ground, naval, air and special operations troops from both nations.

The decision to scale back the military exercises follows nuclear talks this week between Mr. Trump and Mr. Kim that ended without an agreement on how — or whether — to shut down North Korea’s nuclear weapons program. As the Trump administration continues to seek a resolution, a Defense Department official said, the high-profile missile exercises that Pyongyang views as provocative will be toned down.

The official said the decision to formally suspend the large-scale drills was expected to be announced by the United States and South Korea in the next few days. It was first reported by NBC News.

It is the latest in a series of planned military exercises that Washington and Seoul have canceled in the past year in order to avoid roiling Pyongyang. Mr. Trump has also said that the war drills cost too much.

Pentagon officials had braced for another suspension after the latest nuclear talks. Suspending exercises can hamper military readiness.

At the end of the summit meeting in Hanoi, Vietnam, on Thursday, Mr. Trump again called the exercises “very expensive.”

“Look, you know, exercising is fun and it’s nice and they play the war games,” Mr. Trump told journalists in Hanoi. “And I’m not saying it’s not necessary, because, at some levels, it is. But at other levels, it’s not.”

This isn’t the first time that the United States has, without getting anything return, canceled military exercises with the Republic of Korea. After meeting with Kim Jong Un in Singapore last June, the President canceled the military exercises that were scheduled to take place last summer with the Republic of Korea, claiming without providing any real evidence that the exercises cost too much notwithstanding he had just presided over the biggest increase in defense spending in years, increasing the Pentagon’s budget by even more than the DoD was asking for itself. At the time many experts and analysts criticized the move both because it deprived American and South Korean forces the opportunity to work together on responses to the potential aggression from the North. They also pointed out that these exercises had not been canceled once during the decades before during which they had been held. Throughout that time, though, they have been an occasion for the North Koreans to claim, falsely, that the United States and South Korea were threatening the DPRK through the exercises themselves, a fundamentally absurd claim

Assuming that these exercises could be canceled without reducing the effectiveness of the ability of American and South Korean forces to continue to present an effective deterrent, it’s clear that the decision to cancel them without getting anything in return from the DPRK is a foolish mistake on Trump’s part. As noted, the North Koreans have claimed for decades that these exercises were somehow a threat to them. While this is an absurd claim on its face, the fact that they are apparently so important to the Kim regime should have been used as a bargaining chip to get something we want out of the North Koreans. Instead, we gave them something they want, something that will arguably cost us something when it comes to military readiness on the Korean Peninsula, and got absolutely nothing in return.

So much for The Art of the Deal, eh?