It is a truism that well-intentioned attempts by government to curb bad behavior often spawn unforeseen and perhaps worse behavior.

A classic, recurring example of that is the now-35-year-old effort to curb the influence of campaign contributions on politics, which has spawned the use of PACs, 527 groups, and other insidious activities far more harmful than single wealthy individuals giving money to favored candidates. (Not to mention forcing politicians to spend most of their time raising money instead of doing their jobs.)

Remember Monday’s ruling in Caperton v. Massey Coal Company that “[e]lected judges must disqualify themselves from cases involving people who spent exceptionally large sums to put them on the bench”?  I noted at the time that the vagueness of the ruling makes it impossible to know, a priori, where the line is drawn.  Brendan Nyhan points to an even worse problem with the ruling that I suspect Justice Kennedy and his co-signers never contemplated:

Imagine that you are a business or individual want to influence a state supreme court and you have large amounts of money at your disposal. This ruling may prevent you from directly obtaining favorable rulings from justices you help elect in cases to which you are a party. But you can still help put someone on the court who is ideologically sympathetic to your beliefs. And if your preferred candidate loses, you can challenge the winning justice as biased against you and try to get them removed from any case to which you are a party. It’s a heads-I-win, tails-you-lose situation.

In a totally unrelated matter, Jacob Sullum notes a perverse effect of what seems to be inevitable:  a law allowing the FDA to regulate tobacco products.  Both the House and Senate versions are trying to grapple with an obvious consequence and trying to prevent tobacco companies from claiming that their products are regulated and therefore approved by the FDA.

FDA regulation of tobacco products is inherently misleading, promising safety improvements it won’t deliver. Even if the Senate version of this provision ends up in the final law, the FDA could still plausibly argue that a completely truthful statement such as “this product is regulated by the FDA” would “reasonably be expected to mislead consumers regarding the harmfulness of the product.” The plausibility of that argument reflects the ineffectiveness of FDA regulation, not the sneakiness of the tobacco companies.

It was one thing when tobacco labeling and advertising were regulated as simple commerce.  But, naturally, if the Food and Drug Administration is signing off on the packing and allowing the product to be sold for public ingestion, it must be safe, right?  I mean, the FDA isn’t in the business of allowing unsafe products to be sold, right?  Conversely, doesn’t putting their stamp of approval on a product known for more than half a century to be dangerous if used as intended undermine public confidence in other drugs and foodstuffs? 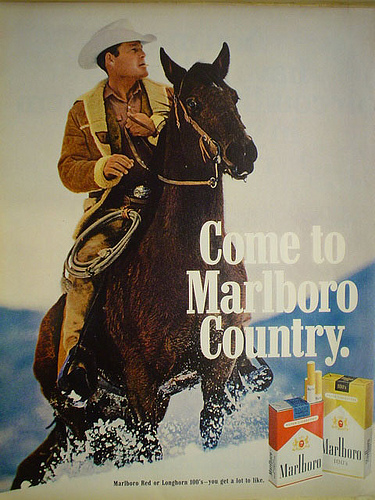