The Secretary of State of West Virginia has barred Don Blankenship, who came in third place in the GOP Primary, from mounting a third-party bid on the November ballot. 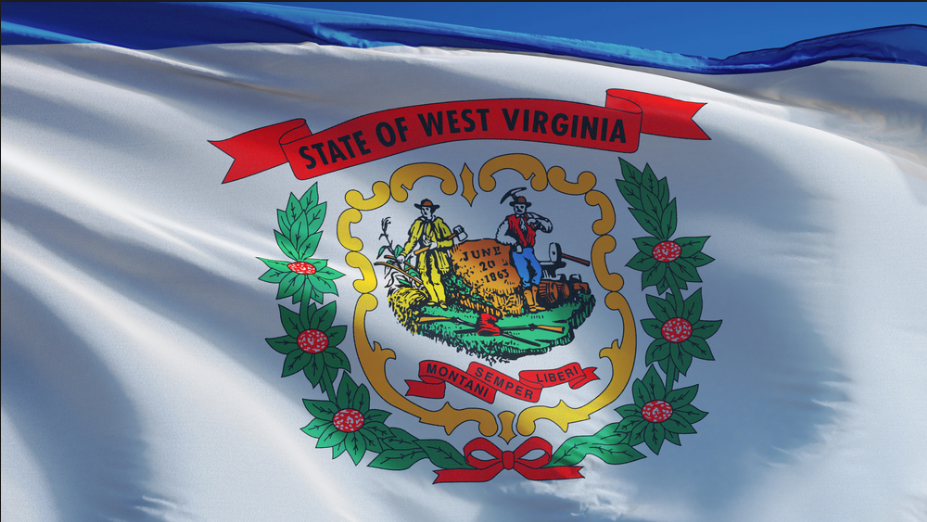 West Virginia’s Secretary of State has ruled that Don Blankenship, who came in third place in the Republican Primary to face Senator Joe Manchin, cannot appear on the ballot as the nominee of the Constitution Party due to the state’s “sore loser” law:

West Virginia’s secretary of state on Thursday denied Don Blankenship’s bid to appear on the Senate ballot as a third-party candidate, a victory for Republicans hoping to consolidate votes against Democratic Sen. Joe Manchin in the general election.

Secretary of State, Mac Warner, said Blankenship’s bid would violate the state’s “sore loser law” preventing a candidate who lost a primary from running again in the general election. Blankenship ran in the May GOP primary but finished a distant third, and submitted signatures earlier this week to run in November as the Constitution Party candidate.

“According to the plain language of the law, which controls my decision, a candidate who loses the Primary Election cannot use the nomination-certificate process to run another campaign in the General Election. Any other decision would be contrary to the law,” Warner said in a statement.

The decision is expected to kick off a legal battle over the law itself as Blankenship seeks to continue his campaign. Blankenship said before submitting his petitions that he expected to pursue legal efforts to fight an expected denial. In a statement following the ruling, Blankenship said he was confident it would be overturned.

“The establishment politicians are at it again,” Blankenship said. “This time they think they can control who can and who can not run for elected office.”

More from the Charleston Gazette-Mail:

The West Virginia Secretary of State denied Don Blankenship’s filing to run for U.S. Senate Thursday as a member of the Constitution Party, teeing up a battle likely to be settled by a judge.

Blankenship, the former Massey Energy CEO who finished third in the Republican Senate primary, disaffiliated from the party after the May election and clinched the Constitution Party’s nomination.

However, Secretary of State Mac Warner and his office maintains the state’s “sour grapes” law prevents a candidate who loses in a primary with a ballot-qualified (Democrat, Republican, Mountain or Libertarian) party from running in a general with a non-ballot qualified party such as the Constitution Party.

“The establishment rejected my application for ballot access today. This came as no surprise,” Blankenship said in a statement Thursday evening.

“The establishment rejected my application for ballot access today. This came as no surprise,” Blankenship said in a statement Thursday evening. “In doing so, the establishment politicians are ignoring the Constitution to benefit themselves. By controlling who can and who cannot be on the election ballot this fall, they are trying to control who can and who cannot get elected to the United States Senate.

“It’s clear that the establishment thinks they should have special privileges and rights, but the United States and the West Virginia Constitutions say they cannot do that.”

Blankenship said his campaign would be filing a court claim next week that the “sore loser” law is unconstitutional. Greg Thomas, a spokesman for

Blankenship, said in a text message earlier Thursday that he didn’t yet know if they would start in Kanawha County Circuit Court or in federal court

Blankenship’s campaign submitted 11,468 signatures to support his play for the ballot, of which Warner estimated about 7,100 are presumed to be valid.

Blakenship ended up coming in third-place behind Attorney General Patrick Morrisey and Congressman Evan Jenkins in the primary. Nonetheless, prior to the primary, he had become the focus of a rather intense effort to block his campaign in the face of what appeared to have been a rise in the poll. Prior to running for Senate, Blakenship was best known as the CEO of Massey Energy, the owners of the Upper Big Branch Mine, the site of a 2010 mining disaster that led to the death of 29 out of 31 miners who were on site at the time of a devasting explosion. That explosion was later found to be due to massive violations of mine safety laws on the part of Massey, and the disaster led to Blankenship being charged with multiple crimes and convicted on one charge that resulted in him serving a year in Federal prison, a sentence he finished serving less than a year ago. (Source) Needless to say, this is something that national Republicans saw as problematic in a potential nominee in a state that is still heavily dependent on mining as a source of income and employment.

During the campaign, Blankenship made a name for himself thanks largely to a brazenly racist attack against Senate Majority Leader Mitch McConnell and his family that was based primarily on the fact that McConnell is married to Secretary of Transportation Elaine Chao, who happens to be Chinese-American. In the closing weeks of the campaign, Blankenship released a video that was intended to run as a campaign ad during the final weekend of the campaign in which he makes reference to McConnell’s “China person” family, an apparent reference to Chao and her father both of whom are American citizens. Additionally, during interviews leading up to the release of the video, Blankenship referred to Chao’s father, who was born in China and is Chairman of the Board of an international shipping company as a “wealthy China-person.” He also implied that because of this alleged connection to China, McConnell and Chao could not be trusted to put American interests first. He also made some rather bizarre references to McConnell as “Cocaine Mitch,” apparently claiming that he is a drug kingpin or something. In any case, Republican voters rejected him rather overwhelmingly, but apparently, that’s not enough for Blankenship. Even during the primary campaign, though, Blankenship refused to rule out running as an independent in the General Election and within weeks after the campaign, he had announced that he would seek the nomination of the Constitution Party. For obvious reasons, Blakenship’s presence on the ballot could be a problem for Republicans seeking to unseat Manchin in the fall since it could draw at least some portion of the anti-Manchin vote away from Republican nominee Patrick Morrisey, the state Attorney General.

As noted Blankenship intends to challenge the Secretary of State’s decision and, as the Charleston Mail-Gazette reported two months ago, he may have a case due to the way the statute is worded:

Michael Kang teaches elections law at Emory University and has authored academic work on “sour grapes” laws around the country. He said a potential wording error in the law could leave the door open for Blankenship’s run.

“Blankenship probably has an uphill fight to run as an independent after losing the primary, but the law is fuzzy enough that he has an argument against the [Secretary of State’s] position,” he said.

Specifically, Kang noted the law cited by the Secretary of State prohibits independent runs after a primary loss from “candidates who are not already candidates in the primary election for public office.”

He said because Blankenship was — not is — a candidate for the primary election for public office, he may have room to argue. However, he said it is unlikely the Secretary of State would interpret the code as such, potentially triggering a legal challenge. He also said it would be hard to tease out the legislative intent from a wording error.

“It’s a decent argument without knowing more, and if I were determined to run and had the resources to litigate, I would think it’s worth trying out,” Kang said.

Mike Queen, communications director for Secretary of State Mac Warner, said there is no specific language currently in West Virginia code that spells out a sour grapes law. However, he said his office would look to the “intent” of the lawmakers.

“The Secretary’s position is that Mr. Blankenship is not permitted to run again in the general election for the United States Senate,” he said. “If Mr. Blankenship pursues the matter, he will most likely have to bring a legal action to force the Secretary to approve his candidacy and to place his name on the general election ballot. At that time, the court would have to rely on legislative intent, among other legal issues and perhaps previous decisions, to determine if Mr. Blankenship is entitled to run again.”

Robert Bastress teaches constitutional law at West Virginia University. He, too, noted the past-tense/present-tense issue in how the law was phrased. He said he looked into the matter when the Legislature last amended the code and found no effective sour grapes clause.

“I know when the Legislature last amended [the law], it thought it had precluded sore losers, but when I researched the issue after that amendment, I concluded that it was not totally clear that it had done so,” he said. “There is nothing in the Code, to my knowledge, that is as clear as what the [Secretary of State] says.”

He said it seems as if it could be argued either way.

But that bill is not effective until 90 days from its March 7 passage.

An independent run in West Virginia requires some legwork. It requires the candidate to round up signatures in the amount of at least 1 percent of the votes cast in the last general election for the same seat, which would be the 2014 Senate race for Blankenship. That petition would need to be filed by Aug. 1.

However, a different code section could trip up Blankenship, which states a candidate cannot have been registered with any other political party within 60 days of filing the announcement.

The relevant provisions of the West Virginia Code can be found in Section 3-5-7(d)(6) and 3-5-23. While I agree that the wording of both provisions is less than ideally clear, they both seem to clearly state that a candidate who has stood for election in a primary for one party cannot appear as the nominee for another party. It also states that a candidate cannot appear as the nominee of a political party if they were a registered member of another party within sixty days prior to the announcement of their run as a candidate of the new political party. Blankenship would seem to fail under both provisions.

It’s also worth noting that while it doesn’t appear that West Virginia’s law has been ruled on by a Court in the past, other states have had their “sore loser” laws challenged in the past and in each such case the court has sided with the state. One of the more notable examples of this came during the 2012 General Election when Libertarian Party Presidential nominee Gary Johnson attempted to challenge the decision of the election authorities in that state who had barred him from the General Election ballot on the ground that he had appeared on the Republican Primary ballot earlier in the year. Johnson sued the state in Federal District Court but ended up losing the case and was thus forced to mount a write-in campaign in that state that year.

In this particular case, I suspect that Blankenship will be as unsuccessful as Johnson was six years ago.

Update: Here is a copy of the Secretary of State’s letter and the legal analysis of the appropriate statutes: