The White House is hoping for a relatively quick turnaround time to pick a replacement for Justice Anthony Kennedy. 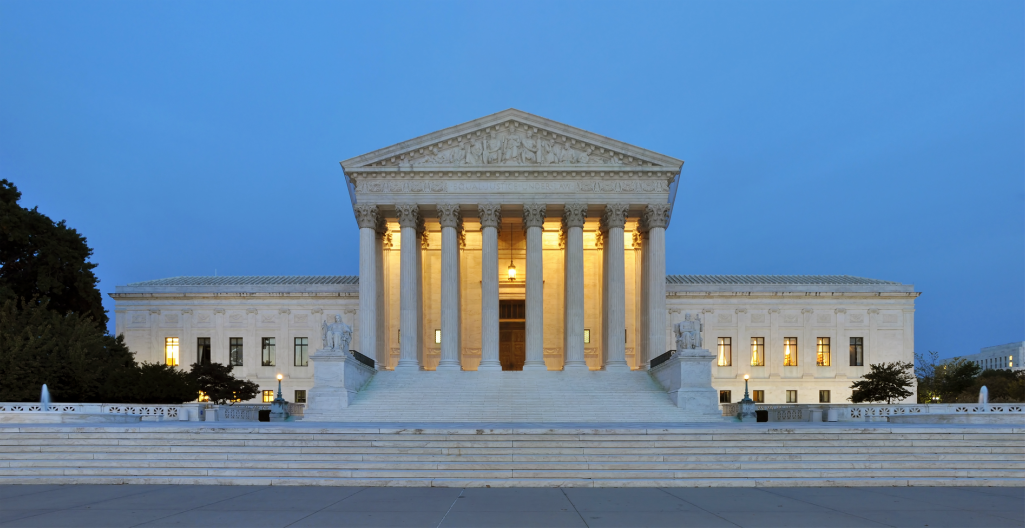 CNN is reporting that the White House is hoping to announce a pick to replace retiring Supreme Court Justice Anthony Kennedy by July 9th:

White House Counsel Don McGahn reconnected with his raison d’être on Wednesday, after Justice Anthony Kennedy announced his retirement.
More than once in the last several months, McGahn has thought about leaving his job, sources say, out of exhaustion from the perpetual grind of an unprecedented White House.

But one issue in particular — some might call it a mission — has motivated him to stay: judges.

In the early days of Trump’s campaign, McGahn began an effort to reshape the federal judiciary. He’s dedicated himself not only to the Supreme Court, but to lower courts as well. Working with Senate Majority Leader Mitch McConnell and Senate Judiciary Chairman Chuck Grassley, unprecedented numbers of judges have been confirmed.

The effort has paid off. The Trump administration had a banner week in the courts. With the addition of President Donald Trump’s first nominee, Neil Gorsuch, conservatives won over a dozen 5-4 cases at the Supreme Court this term. The President faced sweet vindication when a 5-4 majority reversed a lower court and upheld his travel ban. A federal appeals court scaled back a broad injunction in a case concerning sanctuary cities.

And then, in a move that will likely ensure a rightward tilt of the Supreme Court for decades to come, Kennedy announced his retirement.

An elated Trump told an audience Wednesday night: “We have to pick a great one, we have to pick one that’s going to be there for 40 years,”

That would be until the year 2058 for a pick the White House wants to unveil by July 9, an official familiar with the process told CNN.

“This will move quickly,” the official said.

Many of the people who were central to the Gorsuch nomination, led by McGahn, are reassembling.

After visiting with Kennedy on Wednesday, the President called Leonard Leo, the executive vice president of the conservative Federalist Society, who advises the administration on judicial picks.

In an interview, Leo said the President was “excited” about getting the new process going.

“The President is very committed to the ‘Gorsuch model’ and a very disciplined selection process where the nominee has courage and independence of judgment and will interpret the Constitution the way the framers meant it to be,” Leo said.

Taking into account the time frame involved makes sense from a public relations point of view. Next week is likely to be a light news week given the fact that Independence Day falls on a Wednesday this week, so many people in Washington will be taking a long weekend either before or after the holiday, and Congress will be out of session. This will give White House officials time to go through their list of potential nominees and arrange interviews for the finalists with White House officials and, when appropriate, the President. Additionally, the President will be out of the country during the latter part of the week of July 9th to attend the NATO Summit in Brussels, visit the United Kingdom, and meet with Vladimir Putin on July 16th, which means he wouldn’t be back in the United States until July 17th at the earliest. With this in mind, getting a pick named by July 9th would start the ball rolling on the process in the Senate sooner, and would allow the Senate Judiciary Committee to schedule hearings as soon as late July or, more likely sometime in August.

Senate Majority Leader Mitch McConnell has already stated that he intends on getting the President’s Supreme Court nominee confirmed at some point after Congress returns from its summer recess after Labor Day, a recess that will already be fairly short for the Senate. Other Republican Senators have said that they want to get the nominee confirmed before the midterm elections notwithstanding the so-called “Merrick Garland Precedent,” and in time to take the bench when the Court begins its next term on October 1st, the First Monday In October. If the White House does manage to get a nominee named by a week from Monday, which would be a fairly quick turnaround time especially given the fact that next week is a holiday week, but it’s not an impossible task. In any case, as I noted yesterday, the path forward seems clear for whomever the President nominates, so we may as well get this game started.

Update: I have a post up taking a look at the President’s short list for nominees. Additionally, The Wall Street Journal is out with a report that puts the deadline for an announcement at July 11th, which would be a day before the President leaves for his trip to Europe. 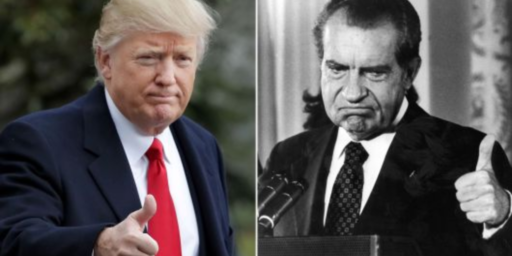 House Votes To Allow Contempt Proceedings Against Barr And McGahn