The extra effort it takes to go from modestly informed to well-informed is tremendous and, for 99% of the public, a ridiculous waste of time. 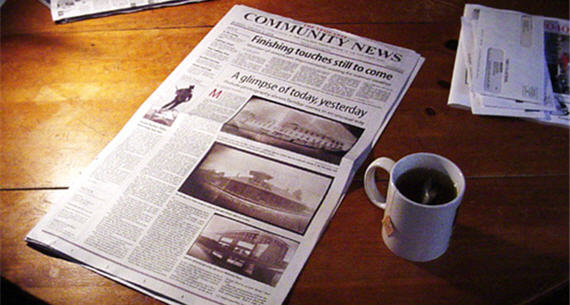 There really were a lot of stories devoted to the substance of the plans. But as Igor Volsky points out, “as the debate progressed, Americans became more, not less, confused about the policy.” In July of 2009, 63 percent said they were having trouble understanding the bill. By December 2009, that had jumped to 69 percent. Six months and thousands of articles and television spots left the American people more, rather than less, uncertain as to the issues under consideration.

That makes sense at first blush, but only because I’m the type of person who spends a lot of time reading the news.  My strong hunch is that the reason people became slightly more confused about health reform over the course of the debate — and a difference of 6 percent in a poll with a sampling error of +/-4% is negligible — is because they started paying more attention and realized how complicated it was.

Similarly, Ezra’s proposed solution falls into what I’ve termed the Wonk’s Fallacy, the belief of people who are truly fascinated with the details of public policy that normal people are similarly interested:

It’s trite to say it, but the news business is biased toward, well, news. There are plenty of outlets that tell you what happened yesterday, but virtually no organizations that simply tell you what’s going on. Keeping up on the news is easy, but getting a handle on an ongoing situation that you’ve not really been following is hard.

If I edited a major publication — or even a medium-size one — I would begin each major legislative battle by detailing a few of my smartest, clearest writers to create a hyperlinked, fairly comprehensive, summary of the basic legislation. That summary would be updated throughout the process, and it would be linked in every single story written on the topic. As reader questions came in, and points of confusion arose, it would be expanded, so by the end, you’d have a document that was current, comprehensive, navigable and responsive to the questions people actually had about the legislation.

You know who would love a publication like that?  Ezra Klein.

Those of us who spend a lot of time analyzing public policy would benefit from such a handy-dandy reference guide.  But the average person doesn’t know who the Vice President — much less the HHS Secretary — is.  They’re simply not going to spend hours poring over policy documents, gleefully clicking hyperlinks to quench a non-existent thirst for knowledge.

Is that an elitist thing to say?  You betcha.   But it’s not a criticism of the mass public, merely a recognition of who they are.  Those of us who make a living, a hobby, or both out of policy are no more virtuous in our pursuits than those who memorize the Baseball Encyclopedia or the minutia of stamp collecting.  The extra effort it takes to go from modestly informed to well-informed is tremendous and, for 99% of the public, a ridiculous waste of time.