It was only announced Monday that the Washington Post had hired RedState‘s Ben Domenech as one of its stable of bloggers. Already, the long knives are out.

Jane Hamsher thinks the Post has given left wing bloggers an early Christmas present by hiring “the most thick-witted, mouth breathing home schooled freak you could lay your hands on.”

David Brock has written an open letter to WaPo managing editor Jim Brady that, unlike Dan Froomkin, Domenech is “partisan activist” and, shudders, is not a professional journalist. Because, you know, most of the major bloggers are. Also, Domenech uses red meat partisan rhetoric on his blog.

Brad DeLong terms him “a man with no policy or analytic or reportorial qualifications save a couple years as a right-wing speechwriter, an unarmed man in a battle of wits.”

PZ Myers argues that Domenech lacks intelligence because he is a Creationist. Because, Lord knows, only stupid people believe in that God stuff. It’s no wonder Domenech is so stupid — indeed, “frothing idiot” — because “he is the product of home schooling, which in its worst instances can foster an unfortunately narrow point of view, and usually means the kid is instructed by someone with absolutely no training in education.” Because, as we all know, colleges of education are where the smartest students on campus tend to congregate.

James of Your Logo Here piles on, noting that Domenech is “a 24 year old with little journalistic experience.” The fact that he started one of the most successful blogs out there and has been hired to blog is, of course, irrelevant. Furthermore, in some blog posts written when he was in college, Domenech made some juvenile comments and failed to analyze grand strategy better than the experts. The horrors! Worse yet, three years ago, he wrote that Claude Allen was “clean cut,” not realizing that he would be arrested for a refund scam at Target one day. The fool!

Duncan “Atrios” Black unearths the transcript of a 1997 television show featuring young Ben Domenech talking about being home schooled in which our 14-year-old subject observes that, “Home schooling makes you a very independent person and makes you very defined.” The voice-over host, meanwhile, notes that some people have objections to home schooling. Hmm.

Now, while having such a relationship with one’s mother is not as common in the Heartland as “marrying” one’s sister or cousin, it’s pretty easy to imagine the circumstances that may have brought it about–you’re kicking back with mom, watching your worn out copy of Red Dawn on the betamax, and at the part where Patrick Swayze brings down a Soviet Hind-D chopper with an RPG, you notice that his hips move in the same way they moved in the final scene of Dirty Dancing. The thought of Swayze gyrating wildly to pop music awakens something very primal within you. With a quick glance toward your mother, you see that she is also obviously having similar thoughts. At that moment Swayze yells “Wolverines!” mother and son are overwhelmed with passion.

And John Amato believes this just goes to show that, “The Washington Post continues to become more and more a mouth piece for the GOP.”

Sheesh, a bit over the top guys.

Whatever one might think of Domenech’s views, he is undeniably bright. He has done quite well for himself. He got into William & Mary on a full academic scholarship and dropped out to take a political speechwriting job as a teenager. How many “Republican operatives” do you know in their early 20s? Let alone published in major magazines as 15-year-olds?

That he’s a conservative Christian hardly makes him unusual, let alone an idiot. It’s not a perspective I share, certainly, but many people brighter and more accomplished than me (including guys like Al Einstein) believe(d) in such things.

Frankly, Domenech is my least favorite of the RedState founders. I prefer a more mature perspective and tone. I disagree with him on Creationism and Intelligent Design and even have some vague concerns–which I admit are almost entirely contradicted by empirical evidence–about home schooling. But so what? Criticize his arguments, not his upbringing.

And am I the only one who sees the irony in a bunch of 40- and 50-something bloggers with advanced degrees resorting to name calling and over-the-top rhetoric to attack someone on the basis of being too young, immature, and lacking in nuance to blog? 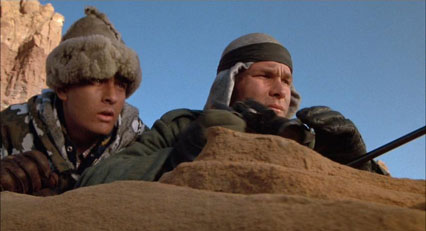 My Take on Ben Domenech