Beto O'Rourke isn't eager to get Barack Obama's endorsement, but there's a good reason why. 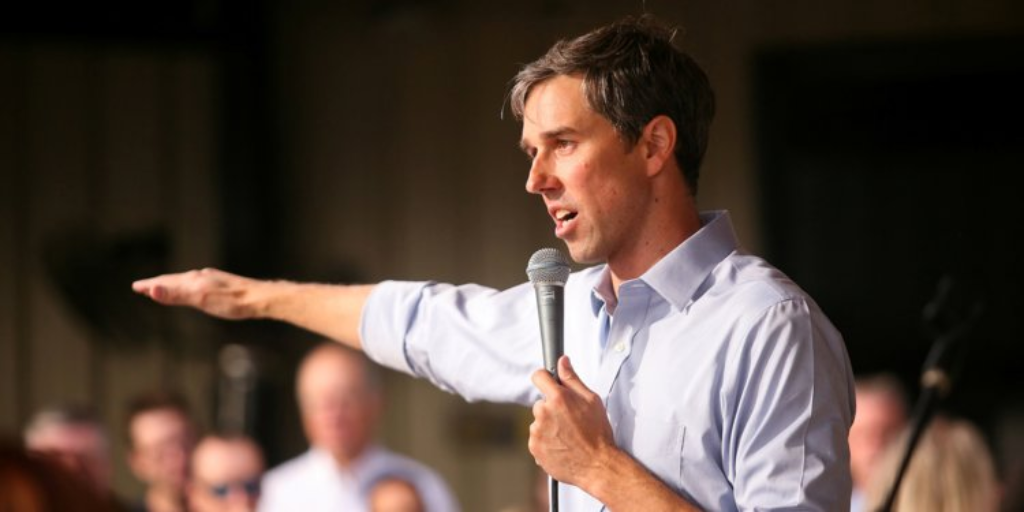 Democratic Senate candidate Beto O’Rourke, who is running a closer than expected race against Senator Texas Cruz in Texas, is effectively saying that he’s not interested in getting an endorsement from former President Barack Obama:

Former President Barack Obama has endorsed 11 Texas Democrats leading up to next month’s midterm elections. But none go by the popular four-letter moniker “Beto”.

On Thursday, the three-term Democratic congressman looking to unseat incumbent Sen. Ted Cruz, R-Texas, had a simple response to being left off the list: We’re doing fine on our own.

“I don’t think we’re interested [in an endorsement],” Beto O’Rourke said after a town hall at a local high school. “I am so grateful to him for his service, he’s going to go down as one of the greatest presidents. And yet, this [election] is on Texas.”

O’Rourke said his campaign didn’t reach out to the Obama camp for an endorsement and added that he’s been down this road before. When he ran what was considered his underdog 2012 campaign to defeat former U.S. Rep. Silvestre Reyes, the incumbent received nods from Obama and former president Bill Clinton.

It didn’t work then, O’Rourke said.

“Bill Clinton fills up the county coliseum and a screaming El Paso Times front page headline [said] “President urges El Paso to stick with Reyes,” he said. “And we won. And what that drove home for me is that someone else’s popularity is not transferrable to a given candidate.”

The race between Congressman Beto O’Rourke, who represents the state’s 16th Congressional District, and Senator Ted Cruz, who is running for his second term in the Senate, has received significant national attention largely due to the fact that polling has appeared to show the race being far closer than one would expect it to be for a state like Texas. For example, a poll conducted at the end of August by Emerson College found Cruz leading by just one point, and another poll conducted roughly a week later by Dixie Strategies found Cruz with a four-point lead. Somewhat more within expectations, Quinnipiac’s most recent poll of the state found Cruz with a more comfortable nine-point lead, while the most recent poll, which came from CBS News and YouGov gives Senator Cruz a six-point lead.

While these numbers may seem like good news for Cruz, they are standing out because of where other statewide polling is in the Lone Star State. The same polls that show Cruz struggling against O’Rourke also show Texas Governor Greg Abbott, who is also up for re-election this year, with a strong lead over his Democratic challenger, a strong indication that he and the other state-level officials who will be on the ballot in November, all of whom are Republican, will coast to an easy win and a second term in office. For whatever reason, though, those numbers are not translating over into Cruz’s race against O’Rourke and that, even if he manages to pull out a win in November, it’s going to be by a far narrower margin than those of his fellow Texas Republicans. This can especially be seen in the RealClearPolitics averages for these respective races. In the Governor’s race, Abbott (53.0%) leads Democratic nominee Lupe Valdez (33.7%) by an average of 19.3 points, which is nearly six points higher than where the average stood five weeks ago.  In the Senate race, though, the RealClearPolitics average, puts Senator Cruz at 47.3% and O’Rourke at 42.3%, leaving Cruz with a five-point average lead. This is below the average lead that Cruz had about five weeks ago. All of this suggests that Cruz could be vulnerable next month, and that O’Rourke may have a chance of pulling off what would be a significant political upset on Election Day.

Given all of this, one might wonder why O’Rourke would dismiss the need for an endorsement from the man who is arguably the most popular Democrat in the country. However, it’s a move that makes sense given the race that O’Rourke is trying to run here. While it’s true that he will need the Democratic base to come out to support him, that appears to be something that is going to take care of itself given the nature of this year’s midterms that clearly seem to be energizing Democrats and Democratic-leaning independents to vote to send a message to President Trump and the Republicans. In order to win in Texas, though, O’Rourke is going to need to find a way to persuade a significant number of the voters who are supporting Governor Abbott and the other statewide Republicans to cross the aisle and vote for him against Cruz. Since many of these voters are Republicans and Republican-leaning independents, an endorsement from Barack Obama could end up hurting O’Rourke’s campaign more than it helps. From this perspective, it’s perfectly understandable why O’Rourke would not necessarily want an Obama endorsement.

Despite all of this, I still believe the race is in roughly the same position it has been all along and that an O’Rourke victory is exceedingly unlikely:

All this being said, I’m still not willing to say that Cruz is vulnerable or that O’Rourke is a real contender who could pull off a surprise win over a candidate that, by all accounts, ought to win easily. In part, this is due to the fact that even the polls that have shown O’Rourke closer than expected in a head-to-head match against Cruz, those same polls also show that Cruz is still far enough ahead to suggest that he’s likely to pull off a win in November. Additionally, there’s the fact that this is Texas, that on a statewide level Texas is a very Republican state, and that there is no reason to believe that will change any time soon. No Democratic has won the state in a Presidential election since Jimmy Carter won the state by just over one million votes in 1976. On the Senate side,  Ted Cruz’s seat has been in Republican hands since Kay Bailey Hutchinson won the seat to succeed Lloyd Bentsen in 1993 and John Cornyn’s seat has been in Republican hands since John Tower won a Special Election to succeed Lyndon Johnson in 1961. (Source) Additionally, the state has had a succession of Republican Governors since George W. Bush defeated Ann Richards in 1994 and Republican Lt. Governors since Rick Perry was elected to that position in 1998. While there has been much talk about the state turning “purple” at some point due to the influx of Latino voters, there hasn’t been enough evidence of that in the election results to believe that it is going to happen this year, or any time in the foreseeable future. Perhaps this will be the year that the dam breaks, and Beto O’Rourke manages to unseat a Republican who is obviously not entirely popular even among his fellow Texas Republicans, but we’re going to need to see a lot more evidence before I’ll believe that.

That’s how I felt five weeks ago, and my opinion has not changed. Absent some significant movement in the polls, I still expect Cruz will eke out a victory here. That being said, O’Rourke is running a smart campaign and in a year like this anything is possible, even a Democrat winning statewide in Texas.