The folks at the MacIver Institute took a camera to the State Capitol in Wisconsin the day after the Recall Election:

And these people wonder why they lost. 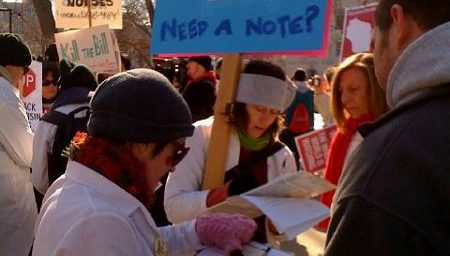