Books For Men Who Don’t Read

Andy McNab writes books for people who like video games. 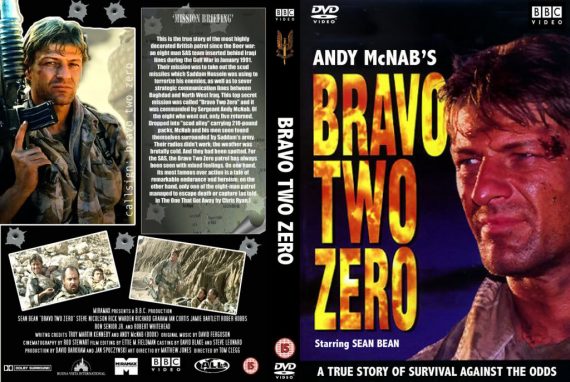 Andrew O’Hagan takes to the London Review of Books to offer an unflattering take on some modern war novels:

The problem with having no problem is that caution isn’t seen as anything other than cowardice, a rude philosophy that may have reached its zenith in the novels of Andy McNab. To say that this former SAS man’s view of the world is unhinged is only to observe that it constitutes an entirely accurate representation of the world as seen by many decorated soldiers. That is the reason men who don’t ordinarily read have come in great numbers to love the insiderish bravado of McNab and Chris Ryan. Their books are driven by stereotype and cartoon violence, by idiocy, prejudice and unreality, which is why they are inadvertent masterpieces of social realism, for in their garish video-game manners they enclose their subject. McNab and Ryan fully meet the present culture’s demand for the seemingly real, though it’s a reality centred on complete fantasy. Like Method actors, they have done their stint in the realm of the actual, have tasted the fare of which they speak, being former soldiers, decorated men who write under aliases. Who knows how many of the sentences in their books were actually generated by them, but that is not the kind of authenticity that matters in this kind of authorship. Each writer has been embedded with the fantastical elements of modern war – they have lived the virtual lives they write about – and that makes them the right kind of war novelist for this kind of generation. The only thing that could kill their books – reduce their relevance, vanish their massive audience – would be to make them better written. Their lousiness is their genius.

People have always liked a soldier who dreams of his typewriter. Wilfred Owen and Siegfried Sassoon are a staple of the National Curriculum, and Evelyn Waugh saw the possibility of comedy in the matter before anybody else, his William Boot a writer keen to make the rat-tat-tat of his typewriter fall into sync with the sound of gunfire over the hill. In America, a season in France or a period in the foothills of Spain was once thought to be a rite of passage for a first-rate writer of prose, and after the Second World War, every male contender – William Styron, Norman Mailer, Gore Vidal, James Jones, Joseph Heller – had done some service and wanted to write literary masterpieces filled with the perfumes of combat. It is only in more recent times that the task of writing novels about battle has fallen chiefly to bad writers. It might describe changes in our habits, our needs, or in the nature of war itself, but writing about combat is now the province of people who adore the violence they capture.

If you’re in a novel by Andy McNab, you don’t have hair you have a barnet. You don’t eat dinner you stuff your face. You don’t visit the loo you take a slash. You don’t go to bed you get your head down. You don’t speak rot you talk bollocks. Things are not broken they are knackered, and into every life a rain of bullets must fall. The authorly persona lives in a world where everybody who isn’t his main protagonist is a tosser – especially writers, one imagines – and his warrior is always battleworn and often down on his luck at the start of the book. He knows things that nobody else can guess at and soon finds himself involved in a mission impossible.

The review is three years old but just bubbled to my awareness by the gang at The Browser, possibly by accident (it’s in their RSS feed by not the linked page).  I actually bought a few McNab novels a while back, seeing them recommended somewhere, but never got around to reading them.  O’Hagan has piqued my curiosity.

His central thesis is that these are books for people who like video games.   But I’m not sure that everything has to be “literature.”   These seem a natural evolution of the genre popularized by Frederick Forsyth and Tom Clancy, if perhaps a bit less cerebral.