Yet another lawsuit against yet another controversial Trump Administration policy. 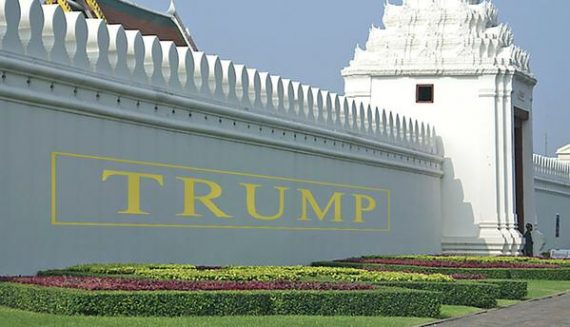 Following in the line of lawsuits that have been filed in response to Trump Administration policies such as the Muslim Travel Ban, the decision to ban transgender troops from the military, and the decision to end the Deferred Action for Childhood Arrivals (DACA), California has filed a lawsuit challenging yet another Trump Administration program, and this time it goes after one of the central positions that Trump took on the campaign trail:

A lawsuit filed by the state to stop construction of the wall argues that Trump and the Department of Homeland Security violated federal environmental standards and unconstitutionally overrode the power vested in states. The move by the country’s most populous state — which has emerged as a global force in the fight against climate change and a center of opposition to the president — is the most recent obstacle Trump faces in fulfilling his promise to build a “big, beautiful wall” along the United States-Mexico border.

“No one gets to ignore the laws,” California Attorney General Xavier Becerra (D) said at a news conference Wednesday. “Not even the president of the United States.”

U.S. Attorney General Jeff Sessions was also in San Diego on Wednesday, speaking to reporters at a dock where he touted a record number of cocaine seizures by the Coast Guard. Asked by reporters about the lawsuit, he said he expects to prevail in legal challenges to the wall.

“The United States government has the control of that border and a responsibility to secure it,” he said.

The lawsuit comes as Trump is trying to secure funding for the border wall, which a government analysis estimated would cost $21.6 billion and which Democrats and moderate Republicans alike oppose. In August, the Trump administration announced it had chosen four companies to build concrete prototypes of sections of the wall.

Becerra said DHS failed to prepare an environmental-impact statement on the border wall project in San Diego and Imperial Counties and relied on an outdated act to waive state laws that would prevent the construction of the wall. The DHS secretary’s ability to declare new “priority areas” in which the department could waive laws necessary for the construction of “additional physical barriers and roads” to prevent illegal immigration expired in 2008, according to the lawsuit.

The lawsuit comes as private contractors are preparing to build eight prototype sections for the wall in San Diego County.

“In California, that is not going to fly,” Becerra said. “We respect immigration policy. We understand it is a federal matter. But if it happens in our back yard, we demand that it be carried out in the right way, following the rule of law.”

A DHS spokesperson said that “as a matter of policy,” the department would not comment on pending litigation.

UCLA law professor Sean B. Hecht said the state makes “a very plausible case” for stopping construction of the wall.

“There are a bunch of different angles they are pursuing,” said Hecht, who is the co-executive director of the university’s Emmett Institute on Climate Change and the Environment. “In looking at the case, they are making a stronger and more persuasive argument than I anticipated when I first heard about it.”

He added that the lack of details about Trump’s wall make it difficult to gauge how a judge will view the lawsuit.

California Gov. Jerry Brown (D), who has emerged as a vocal opponent of the president, said in a letter to DHS last week that construction would “wreak havoc on an important and well-used commercial corridor.” He and Becerra, who has filed eight lawsuits in recent months challenging various Trump actions, including a suit over the deportation-relief program for immigrants brought to the United States illegally as children, have emerged as leaders of the opposition to Trump policies they think are divisive, illegal and potentially detrimental to the state.

Aides to Becerra told the Associated Press they believe that victory in the lawsuit, which specifically addresses a 15-mile stretch of the border in San Diego and a three-mile stretch in Calexico, Calif., would apply to the entire 2,000-mile border.

A law in 2005 gave the homeland security secretary the ability to waive laws including the National Environmental Policy Act, Clean Air Act and Endangered Species Act to construct border barriers. Since August, the Trump administration has issued two waivers — both in California. But the Becerra lawsuit suggests the government’s power to legally waive the laws expired in 2008.

Unlike lawsuits that have been filed against other Trump Administration policies, the border wall lawsuit raises some fairly complex and nuanced areas of the law that could take some time to completely resolve. As noted, several of the counts deal with environmental laws and studies that are required to be conducted before a massive project such as the border wall is undertaken. Some of these grounds appear as those they could require the presentation of expert testimony in order for the Court to be able to fully decide the issue. In addition to those, environmental issues, the California suit also raises claims under various provisions of the Constitution and contends that the Trump Administration cannot move forward on some of the most important aspects of a project such as the border wall without some form of Congressional authorization. Finally, the suit raises some of the same claims that we’ve seen in other lawsuits pursuant to the Administrative Procedure Act and the accusation that the Administration did not follow that law with respect to certain regulations it has enacted that purport to allow initial parts of the border wall project go forward. All of these claims are raised in favor of a lawsuit that asks for both a temporary injunction that would stay in place while the lawsuit is being considered.

Leaving aside the legal merits of this lawsuit, though, the more interesting phenomenon is what it portends for how Democrats are likely to respond to controversial Trump Administration going forward. Other than the legislative filibuster in the Senate and some other rules in the upper chamber that allow the minority to at least slowdown consideration of a bill, which Republicans are unlikely to repeal, Democrats really don’t have much power to stop Republicans from doing what they want legislatively. Similarly, there’s pretty nothing they can do to stop President Trump from utilizing his Executive Branch authority to either change or reverse Obama Administration policies or push the Federal policies on a wide variety of issues in a more conservative direction. As a result, it’s been left to the relatively small handful of states with Democratic Governors and/or Attorneys General to utilize their power to try to push back against Trump Administration policies. This isn’t a new development, of course. States have filed suit against the Federal Government for a wide variety of reasons for years, and Republican states such as Texas were quite active in using the courts to fight Obama Administration on a number of issues, including immigration and the Affordable Care Act. That’s why in just the past eight months that Trump has been in office we’ve seen lawsuits filed against a number of Trump Administration policies such as the Muslim Travel Ban, the decision to bar transgender troops from serving in the military, and the decision to end the Deferred Action for Childhood Arrivals (DACA) program. Now, we’re at the point where states are filing suit over the border wall, and it’s quite likely that we haven’t seen the end of such lawsuits.

This isn’t a new development, of course. States have filed suit against the Federal Government for a wide variety of reasons for years, and Republican states such as Texas were quite active in using the courts to fight Obama Administration on a number of issues, including immigration and the Affordable Care Act. That’s why in just the past eight months that Trump has been in office we’ve seen lawsuits filed against a number of Trump Administration policies such as the Muslim Travel Ban, the decision to bar transgender troops from serving in the military, and the decision to end the Deferred Action for Childhood Arrivals (DACA) program. Now, we’re at the point where states are filing suit over the border wall, although in this case, California may well end up being alone in such a challenge since other border states such as Texas, New Mexico, and Arizona are either led by Republican Governors or Republican-leaning. Nonetheless, the lawsuit is yet another example of a trend we’re likely to see continue far into the future.