Secretary of Defense Chuck Hagel apparently wanted to make sure he stood out at yesterday’s meeting in the Situation Room: 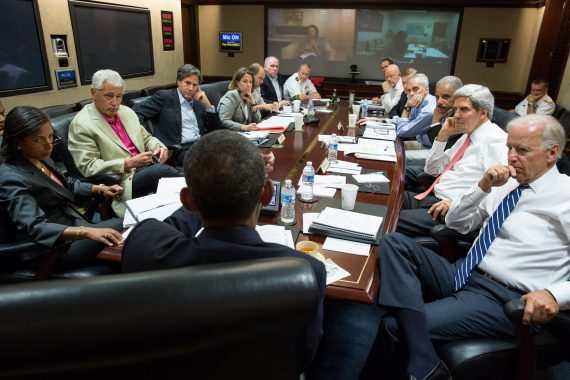