Two Colorado state legislators who were voted into office just over two years ago as part of recall elections directed against two of the people who were behind the gun control laws that Colorado enacted in the wake of the Sandy Hook and Aurora shootings ended up being defeated last Tuesday:

DENVER — After two Colorado lawmakers who supported strict new gun-control laws were voted out of office in a special recall election last year, the National Rifle Association and its allies celebrated their huge win in the battle over gun laws in state capitols. But that particular victory did not last.

Even as Coloradans elected a Republican senator for the first time in a dozen years and handed Republicans control of one chamber of the state legislature, voters did an abrupt about-face when it came to the recalls. The two pro-gun Republicans elected during the recalls were handily beaten this month by Democratic candidates — one of whom once worked for the gun-control group founded by former Mayor Michael R. Bloomberg of New York City.

“It was vindicating,” said Angela Giron, who lost her State Senate seat in the old steel town of Pueblo in the September 2013 recalls, which also took down the Democratic president of Colorado’s Senate, John Morse.

Two years ago, a desire to curb gun violence after mass shootings at Sandy Hook Elementary School in Connecticut and an Aurora, Colo., movie theater prompted Colorado Democrats to pass legislation to expand background checks for private gun sales and limit the size of ammunition magazines to 15 rounds.

Those 2013 laws passed over unanimous Republican objection and opposition from many county sheriffs, and they elicited a furious backlash. Republicans tried and failed to repeal them in the legislature. Dozens of sheriffs and gun shops sued unsuccessfully to overturn the laws, and the National Rifle Association and gun-control groups poured hundreds of thousands of dollars into the recall elections. After those votes, a third Democratic state senator resigned rather than face a recall challenge.

But this November in Colorado Springs, State Senator Bernie Herpin, a Republican — who won the recall election that Mr. Morse lost — said that guns simply did not come up that much as he fought a Democratic challenge to reclaim the seat. “It really was not much of an issue,” he said.

Mr. Herpin got an “A” rating from the N.R.A. and tried last winter to pass a bill repealing the 15-round magazine limits. During the debate, he said it was “maybe a good thing” that the Aurora gunman had had a 100-round drum magazine, because it had jammed during the shooting. (Mr. Herpin later apologized for the remarks.)

His Democratic opponent, Michael Merrifield, a retired teacher and former state representative, had been a Colorado coordinator for Mayors Against Illegal Guns, the advocacy group bankrolled by Mr. Bloomberg.

“Those were very inexperienced incumbents trying to hold moderate-to-liberal districts, which was always going to be a tall order for them,” said Seth Masket, an associate professor of political science at the University of Denver.

Mr. Morse, the former Senate president who was ousted from his Colorado Springs seat, said he was surprised by the Democrats’ margins in the race, but had expected that the recalls’ effects would be fleeting and that the Democrats would regain the seats.

“You got to claim victory for a few hours, but you didn’t get to claim it for long,” he said from his apartment in Denver, where he moved two weeks after the election to resume his career as an accountant.

But those seats were not enough for Democrats to keep their narrow majority in the State Senate. Republicans gained enough seats in the Denver suburbs — including one that went to a candidate backed by a fiercely pro-gun group, Rocky Mountain Gun Owners — to take control of the chamber, 18 seats to the Democrats’ 17.

In the end, the result here is really more of a demonstration of the impact that turnout has on races and why elections that occur at odd times of the year, whether its because of the death or resignation of the person holding office or because of a recall in those states that allow them. The fact that one side or the other was able to pull off a win in a non-regular election isn’t entirely surprising because, typically, turnout for those types of elections will be lower than it would be for a regular General Election. The result is that a winning party in one of these elections often has a very ephemeral hold on their seat. Another example of that, of course, can be seen with former Senator Scott Brown who won a Special Election to fill the seat held by the late Senator Ted Kennedy that was held on January 19, 2010. Brown won that election in part because Martha Coakley ran an exceedingly bad campaign, but also because turnout for the election was lower than what you would typically see in Massachusetts, and brought out a different electorate. Brown won the 2010 race quite handily, but ended up losing to Elizabeth Warren on Election Day 2012, and when you look at the results for the two races you see that there nearly 1,000,000 fewer voters in 2010 than there were in 2012, and the vast majority of those voters went to Warren. Something very similar happened in Wisconsin when Democrats were able to oust a handful of Republican State Senators in recall elections in 2011 and 2012, only to see those seats fall back into the GOP’s hands in the next General Election. Much like those Wisconsin districts were tilted toward the GOP and ended up going back that way in the General Election, the districts at issue in Colorado leaned Democratic so it’s not surprising that they went back to their natural state this year.

In the end, none of this will have any impact on the  gun debate in Colorado, though. Indeed, even the two victories in the recall elections did not result in any changes to the laws that were the focus of the recall. Even with the newly Republican State Senate in Denver, the laws are unlikely to change due to the fact that Governor Hickenlooper was re-elected. If nothing else, this should teach us that not every election victory means as much as it appears at the time it happens. 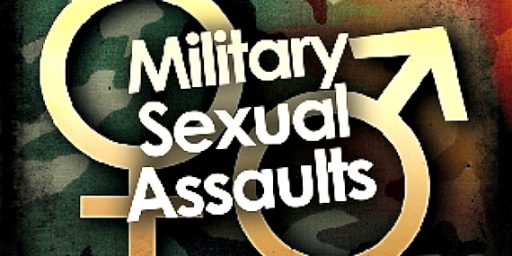