Defense Bill To Be Rammed Through Without Debate or Amendment

Democracy was nice while it lasted. 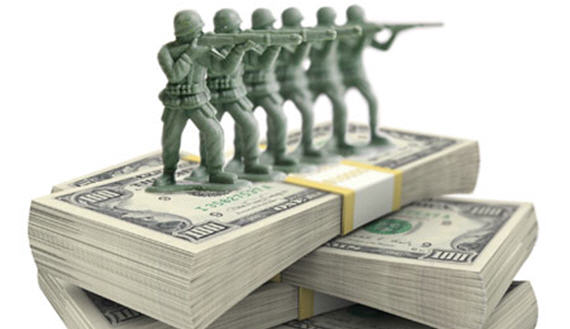 Yesterday, Doug Mataconis asked, “Who Was The First ‘Democratically Elected’ President Of The United States?” highlighting the fact that major social groups who can currently vote were excluded from the franchise until fairly recently.

The ongoing crisis is Congress—mostly, but by no means entirely, caused by recalcitrant Republicans—has me wondering how much democracy we have in what is supposed to be our most representative branch of government. For years, large minorities in the Senate have thwarted the will of the elected majority on a more and more frequent basis. Things came to a head last month when the long threatened nuclear option was invoked, suspending debating rights on judicial confirmation votes. (Which, to be clear, I’ve long supported.)

Now, to pass a simple defense authorization bill, Congressional leaders are bypassing debate altogether, trying to ram through legislation ahead of Friday’s recess without the possibility of amendment.

Leaders of the Senate and House Armed Services committees have struck a bipartisan deal in which both chambers pass identical legislation—the House this week before adjourning and the Senate the next. The plan would block members of either body from making amendments to the measure, an expediency the plan’s proponents say is necessary due to the tight timing.

“There is not the time to go through a process where you are going to have amendments,” Inhofe said. “That is behind us.”

But Inhofe acknowledged he did not have assurances that Republican leadership will support the deal and agree to pass the bill without amendments in the Senate.

“I can’t tell you we have a commitment on the Republican side for this,” Inhofe said. “We have a lot more support than we would have had, or than we did have during consideration of the bill.”

The result of negotiations involving the so-called “Big Four” on defense, the chairmen and ranking minority party members of the House and Senate armed services committees, the bill represents the only chance for a National Defense Authorization Act for 2014 to pass Congress before Jan. 1, the leaders said.

“The four of us have reached agreement on a bill that we hope will be passed by the House before it recesses this Friday,” said Sen. Carl Levin, D-Mich., the Senate Armed Services Committee chairman. “It is not the preferred course. It just happens to be the only course.”

Army Gen. Martin Dempsey, chairman of the Joint Chiefs, is urging passage. A Dec. 9 letter from Dempsey to congressional leaders pleads for the bill to pass because of a number of expiring programs, including counterdrug and counterterrorism activities, new starts of weapons programs and multiyear procurement programs and programs supporting military operations in Afghanistan.

Calling the bill “critical to the nation’s defense” and to keeping faith with service members and defense civilians, Dempsey said not passing the bill before January “adds yet more uncertainty to the force and further complicates the duty of our commanders who face shifting global threats.

“I also fear that delay may put the entire bill at risk, protracting this uncertainty and impacting our global influence,” Dempsey said.

Congress is in this fix over passage of the defense policy bill because the Senate was unable before Thanksgiving to find a way to move a bill that was weighted down with more than 500 pending amendments.

Most of the amendments, per usual, are only tangentially related to defense funding at all. Others are quite controversial and would derail passage.

This may indeed be “the only way” to get a bill passed. But it’s not the American way.