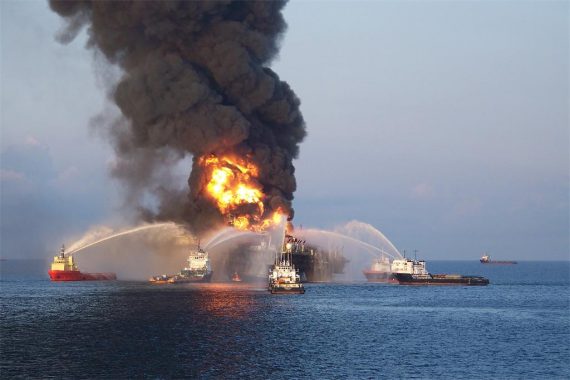 The first political casualty of the Deepwater Horizon disaster appears to have been the quasi-populist fervor for increased offshore oil drilling:

Just a quarter of Americans back expanding offshore drilling in the wake of the BP oil spill, and most fault federal regulators for the environmental disaster in the Gulf of Mexico, according to a new Washington Post-ABC News poll.

Before the spill, the Obama administration lifted the moratorium on drilling in U.S. coastal waters as a way to address the country’s energy needs. But most Americans now want fewer offshore wells (31 percent) or the amount kept at current levels (41 percent).

Perhaps as a consequence of the spill, public support for oil and gas drilling in general is also significantly lower than it was a year ago. And as Americans have become increasingly skeptical about such exploration, some elected representatives are now questioning what the government is doing to ensure that offshore exploration can take place safely.

About half of the poll respondents, 49 percent, now see the gulf spill as part of a broader problem with such drilling. Support for drilling in general has slipped from 64 percent last August to 52 percent now.

None of this should come as a surprise. As the spill became worse and worse by the day in the weeks after April 20th, it was fairly clear that the enthusiasm for offshore drilling, motivated mostly by the at-the-pump cost of gasoline, was not sufficiently deep to survive and environmental disaster of this scope, and that the natural reaction of the public would be to say that we need to take a step back and figure out what went wrong before blindly going off to “Drill, Baby, Drill” with the former Governor of Alaska.