Michael Shear, writing at WaPo’s PostPolitics, does a pretty good job of succinctly summarizing the pluses and minuses of the Kagan nomination from the White House’s POV in a  piece entitled “What Obama Sees in Kagan.” What follows is my translation of his paragraphs into bullet points.

More to come in both columns, one suspects. 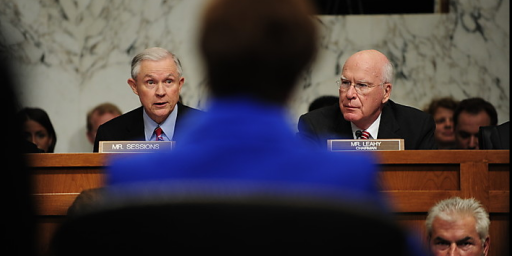