Another Circuit Court of Appeals has weighed in on the marriage equality debate. 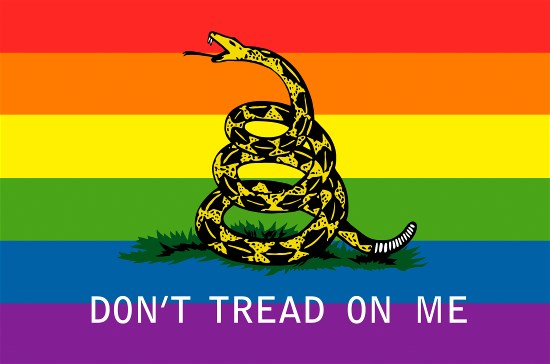 The Fourth Circuit Court of Appeals in Richmond has upheld a February decision by a Federal District Court Judge in Norfolk, and become the second Federal Court of Appeals to strike down a state law ban on same-sex marriage

A federal appeals court panel on Monday upheld a decision that said Virginia’s ban on same-sex marriage is unconstitutional.

By a 2 to 1 vote, a panel of the U.S. Court of Appeals for the 4th Circuit in Richmond said that the fundamental right to marry is guaranteed under the Constitution regardless of sexual orientation.

“We recognize that same-sex marriage makes some people deeply uncomfortable,” said Circuit Judge Henry F. Floyd. “However, inertia and apprehension are not legitimate bases for denying same-sex couples due process and equal protection of the laws. Civil marriage is one of the cornerstones of our way of life.”

“It fails to take into account that the ‘marriage’ that has long been recognized by the Supreme Court as a fundamental right is distinct from the newly proposed relationship of a ‘same-sex marriage.’ ” he wrote.

The ruling upholds a decision by District Judge Arenda L. Wright Allen. It won’t take effect for 21 days to allow for a request for a rehearing or a stay.

The Virginia case is unusual because state Attorney General Mark R. Herring (D) announced shortly after taking office this year that he agreed with the challengers that the state’s restrictions are unconstitutional.

The laws are being defended by Norfolk circuit clerk George Schaefer III, who denied a marriage license to two of the challengers, and Prince William circuit clerk Michele McQuigg, who is being represented by Nimocks’s group, which also is defending other state bans.

The ruling make the 4th Circuit the second appeals court to decide that state bans are unconstitutional following the Supreme Court June 2013 rulings in favor of gay rights groups in June. The U.S. Court of Appeals for the 10th Circuit in Denver has struck down bans in Utah and Oklahoma.

Virginia Gov. Terry McAuliffe (D) applauded the court’s ruling and praised Herring for refusing to defend the ban, a move that helped define the attorney general as an advocate for Democratic causes.

“This is a historic ruling for our Commonwealth, and its effect will affirm once again that Virginia is a state that is open and welcoming to all,” McAuliffe said in a statement. “I want to thank Attorney General Mark Herring for his leadership in this case, and all of the men and women who fought for years to make this day a reality. Progress does not always come as quickly as we hope it will, but today is yet another example of how justice, equality and the people who fight for those values will always persevere in the end.”

Lyle Denniston has more detail on the court’s ruling:

The federal appeals court ruling in the Virginia case is highly symbolic, because that is the state whose long-standing ban on mixed-race marriages was struck down by the Supreme Court forty-seven years ago, in Loving v. Virginia.

Many judges have relied upon that precedent in ruling against state bans on same-sex marriage, and the Supreme Court commented favorably on that ruling a year ago in June when it struck down a federal law denying marital benefits to same-sex couples who were already legally married (United States v. Windsor). The Windsor decision itself has also contributed heavily to recent lower court opinions against the state bans, even though that ruling did not deal directly with the validity of such laws. It was cited repeatedly in the new Fourth Circuit ruling.

The Fourth Circuit did not order a delay in its ruling, saying only that the decision would go into effect after the usual short period before it issues a formal order to implement it (a mandate). However, the county clerks who were defending the marriage ban in Virginia have a right to seek review before the en banc Fourth Circuit, and that would delay the effective date. The clerks stepped in to defend the state marriage laws when state officials chose not to do so.

The panel majority declared unconstitutional both the state ban on gays and lesbians who want to get married, and a separate ban on state recognition of same-sex couples who already were married elsewhere but live in Virginia.

The majority said that all of the arguments made by the supporters of the Virginia marriage laws fail, “and the laws cannot survive strict scrutiny” — the most demanding constitutional test for a law. Circuit Judge Henry F. Floyd wrote the main opinion, joined by Circuit Judge Roger L. Gregory. Circuit Judge Paul V. Niemeyer dissented. Judge Niemeyer and a dissenting judge on the U.S. Court of Appeals for the Tenth Circuit are the only federal judges who, in the past year, have voted to uphold a state’s same-sex marriage ban.

The decision will have a wider impact in Virginia, because three other states located in the Fourth Circuit’s geographic area — North Carolina, South Carolina, and West Virginia — have similar bans. A challenge to the West Virginia ban had been put on hold, awaiting the decision on Virginia’s ban.

As of now, nineteen states and Washington, D.C., permit same-sex marriage. Although there have been more than two dozen rulings in the past year against state bans, most of those have been put on hold while appeals go forward. The only places where such a ruling has not postponed same-sex marriages are the states where government officials gave up a defense of the ban and no one else was found to have a right to make the defense.

The Supreme Court has twice issued orders to delay same-sex marriages after lower court decisions; both of those orders came in test cases from Utah.

Other federal appeals courts are reviewing challenges to state bans after trial court judges nullified the prohibitions. Those cases are on fast tracks for decisions, so there is likely to be a variety of cases from which the Supreme Court could choose when it is ready to consider the constitutionality of state bans — perhaps in the new Term that opens in October.

As with most of the recent decisions on this issue, there isn’t anything particularly remarkable about the Fourth Circuit’s decision from a legal point of view. Given the fact that the legal issues in these cases have, over the course of the thirteen months since the Windsor decision was handed down, been fully briefed and argued and set forth in the opinions of other courts, this isn’t entirely surprising.  To a large degree, the arguments on both sides of this issue have been fully litigated to the point where its unlikely that anyone is really going to be coming up with any ground-breaking new argument that is likely to change the course of legal history. If nothing else, this ensures that when the case does finally get before the Supreme Court, whether that happens during the term starting later this year as seems likely, or the one that follows in 2015, it will have been fully litigated in a way that many issues of first impression never really get the chance to be. The interesting question, of course, will be just how persuasive the Justices in general, and Justice Kennedy in particular, will find the fact that nearly all of the fellow jurists who have ruled on this issue have ruled in the same manner.

The real significance of today’s decision, of course, lies in the fact that the Fourth Circuit now joins the Tenth Circuit, which has struck down marriage bans in Utah and Oklahoma, in being the only Circuit Courts of Appeal that have ruled on the issue of marriage to date. Elsewhere in the nation, the Sixth Circuit Court of Appeals will be hearing appeals involving marriage laws in all four of the states that it covers — Michigan, Ohio, Kentucky, and Tennessee — in one consolidated hearing on August 6th, and the Seventh Circuit will be hearing a consolidated appeal involving the marriage laws in Indiana and Wisconsin on August 26th. There are also appeals pending in the Fifth Circuit Court of Appeals dealing with Texas’s ban on same-sex marriage, and in the Ninth Circuit involving laws in Hawaii, Idaho, Nevada, and Oregon where there are hearings scheduled in the Hawaii, Idaho, and Nevada cases on September 8th, although the Hawaii and Oregon cases are are arguably moot at this point given subsequent legal developments in both states. Several of those cases, especially the ones pending in the Sixth and Seventh Circuits, are likely to result in decisions before the end of the year. At that point, it will be next to impossible for the Supreme Court to avoid ruling on this issue.

As for this decision itself, speaking as someone who voted against the Marshall-Newman Amendment when it appeared on the ballot in 2006, I couldn’t be happier to see something that I never believed should have been added to the Constitution of the Commonwealth of Virginia struck down. It is invidious discrimination at its worst, and the eight years it was on the books were eight years too long.