It's Day Two of the Federal Government shutdown and there are few signs of a quick resolution. 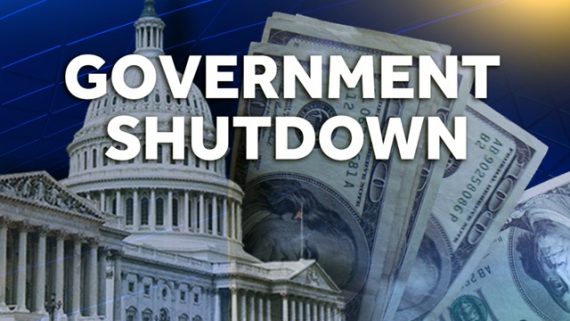 The Federal Government went through the first day of the Government Shutdown with no real sign that there’s any hope of it being resolved before Federal workers are supposed to report to work tomorrow morning and the impact of the shutdown really starts to be felt.

WASHINGTON — With the federal government one day into a shutdown, the House and Senate reconvened on Saturday for a new round of bitter partisan bickering and public posturing that seemed to cloud the path to a resolution despite initial talk of a compromise.

The shutdown unfolded one year to the day after President Trump’s inauguration, and the political peril it risked for both parties was evident as they traded blame for the crisis.

The Senate met for a rare weekend session at noon — less than 11 hours after it adjourned — and an exasperated-sounding Mitch McConnell, Republican of Kentucky and the majority leader, took the floor. “Well, here we are,” he declared. “Here we are. Day 1 of the Senate Democrats’ government shutdown. We did everything we could to stop them.”

He went on to point a finger at his Democratic counterpart, Senator Chuck Schumer of New York, saying that Mr. Schumer had created an “unfortunate hostage situation and led his party into this untenable position.”

“He’s turned blowing up bipartisan agreements into an art form,” Mr. Schumer said of the president, adding that “negotiating with President Trump is like negotiating with Jell-O.”

In the House, the proceedings at one point were interrupted by a dispute over whether a poster of Mr. Schumer, placed on an easel as a Republican lawmaker gave a speech denouncing Senate Democrats, was appropriate for display on the floor.

The likeliest route for lawmakers to reopen the government is to agree on a stopgap spending measure that stretches longer than the few days that Senate Democrats want, but shorter than the four weeks that the House approved on Thursday.

But agreeing on the length of the stopgap bill — essentially, a matter of circling a date on the calendar — is complicated by a number of contentious issues that lawmakers have yet to resolve, particularly the fate of hundreds of thousands of young immigrants, known as Dreamers, brought to the country illegally as children.

In an ominous sign for those who had hoped for a quick resolution, Mr. Trump’s campaign released an ad on Saturday saying that Democrats who stand in the way of cracking down on illegal immigration “will be complicit in every murder committed by illegal immigrants.” And while the government is closed, the White House is taking a firm stance against entertaining immigration demands.

Mr. McConnell is proposing to shorten the temporary spending bill so that it would expire on Feb. 8 instead of Feb. 16 — an extension of three weeks instead of four. Senate Democrats did not immediately get on board with that idea, but Mr. McConnell said he would move ahead with a procedural vote on the proposal at 1 a.m. Monday, unless Democrats allowed it to be held sooner.

A bipartisan group of roughly 20 senators, who call themselves the Common Sense Coalition, met Saturday afternoon in the office of Senator Susan Collins, Republican of Maine, to forge a compromise. Members said they were working on various proposals to present to Mr. McConnell and Mr. Schumer, with the hope that they would talk to each other.

“We’re going to have to go back and reassess and try to give people a landing spot, a place where everybody feels like they can save a little face and at the same time move forward with getting government running again,” said Senator Michael Rounds, Republican of South Dakota, who participated.

The Senate was scheduled to convene at 1 p.m. Sunday, and the House at 2 p.m. Several senators said they worried that if the shutdown dragged on, people on both sides would dig in, making it harder to come to terms on substantive issues like the fate of the Dreamers.

“There is no defense to what we’re doing,” said Senator Lindsey Graham, Republican of South Carolina, who also participated in the meeting. He added: “I think we look petty. We look that we care more about the party flag than the American flag.”

As things stood, yesterday seemed like it was largely a waste of time on Capitol Hill. Both the House and the Senate were in session, but the only thing that happened was that members of each body were able to make speeches blaming the other political party for the fact that the government shut down, and no apparent progress. President Trump did change his plans to travel down the Mar-A-Lago for a lavish celebration of his first full year in office, but he didn’t appear in public and there were no meetings between the President and legislators on either side of the aisle. This, of course, is a marked contrast to comments that Trump made during past fiscal crises during the Obama Administration during which he stated it was principally the job of the President to bring the opposing parties together and hammer out a deal. Over on Capitol Hill, there was little sign of any progress at all, and little sign that there was even any effort being made to resolve the shutdown. Reportedly, Senate Majority Leader Mitch McConnell and Senate Minority Leader Chuck Schumer didn’t meet once during the day despite the fact that their offices are just a short distance from each other. Both men did take to the Senate floor at various points during the day, but those speeches were basically little more of the blame game political positioning that I wrote about yesterday.

As things stand this morning, it’s hard to see how this gets resolved in the short term without one side or the other making major concessions that they don’t seem inclined to make right now. Democrats are looking at the shutdown issue and seeing it as an opportunity to get a deal on the Deferred Action For Childhood Arrivals (DACA) issue and some other issues such as disaster relief funding. Republicans are arguing that the government shutdown should be resolved before there’s any discussion of what they consider to be the unrelated issue of immigration. In many respects, that puts us in a situation that is remarkably similar to the one we saw during the shutdown in October 2013. In that case, the shutdown was prompted largely by Republican efforts to attack and defund the Affordable Care Act, which had been a central issue for them going back to the 2010 midterm elections. At the time, they saw it as a last chance opportunity given the fact that the PPACA marketplaces were set to get up and running on November 1st and it was believed by those driving the shutdown that the negotiations over the budget were there last best opportunity to try to get concessions on an issue largely unrelated to the Federal Budget. The Democrats are effectively doing the same thing today with respect to this shutdown and DACA. Whether or not it works out for them depends largely on who ends up blinking first, and that likely depends to a large degree on how the public views this. In 2013, the shutdown was ultimately resolved because the polling was showing that the public was overwhelmingly blaming Republicans for the shutdown and because of the fact that the nation was facing another debt ceiling crisis if the shutdown had lasted past the sixteen days that it did. Unless we get a quick resolution of this standoff in the next day or two, that may be what it takes to get this shutdown resolved as well. 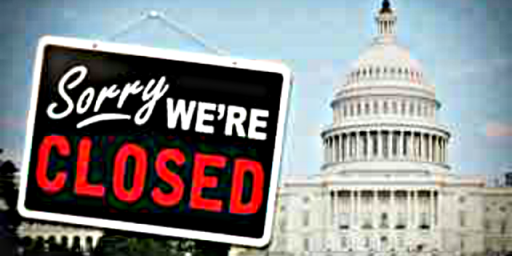