Herman Cain's bizarre loyalty to his Campaign Director is one of the reasons he is unfit to be President. 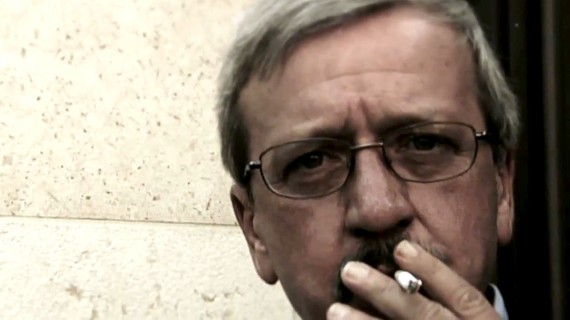 As I noted yesterday, Herman Cain’s Campaign Director/Chief Of Staff Mark Block embarresed his candidate once again on Monday night when he falsely claimed that one of Cain’s accusers, Karen Kraushaar, was related to a reported at Politico. It wasn’t the first time he’d gone on television and basically made stuff up that he later had to retract. The logical thing to do at this point seems to be that Mark Block should be fired, and replaced with someone who both knows how to run a Presidential Campaign and who isn’t going to go on television and sabotage the campaign. Not surprisingly, there were calls from many conservatives yesterday for Block to be fired, and Red State’s Erick Erickson went even further than that in an Open Letter to Cain:

It is abundantly obvious to a lot of us Herman that you are not living up to your own words. You said you would surround yourself with the best people — the competent people to help you.

Last week, J.D. Gordon had a disastrous performance on a Blackberry on Geraldo’s show. His performance set the tone for the Monday news shows, all of which pointed out that your own communications vice president would not deny the story.

Then Mark Block went on TV to blame Curt Anderson only to walk it back the next day.

This week, Mark Block again went on TV, said he had verified the identify of a reporter as the son of your accuser, and got it totally wrong. But he said it was verified. It was a lie.

I still believe you can win. But to do so, you must fire your staff and start over.

Apparently, Block is staying put with the Cain campaign. A highly placed Cain source sent the Water Cooler an e-mail: “This is a hysterically funny rumor. The Inside the Beltway crowd is in the midst of a nervous breakdown regarding the success the Cain campaign is having with the American people. Mr. Cain believes in the old adage, ‘You continue to dance with the one that brung ya’ to the dance.

Loyalty is an admirable quality, but flat-out incompetence and the failure to correct it is not, especially in an executive.  Herman Cain may very well be innocent of these accusations, but Mark Block offered two unsubstantiated accusations in less than a week, both of which the campaign had to retract, in response to the allegations.  If Block went off the reservation to do that, the proper remedy for an executive would be to replace him immediately, especially after Block’s pompous declaration that he had “confirmed” that Josh Kraushaar worked for Politico and that he was Karen Kraushaar’s son.  Not only were neither true, a simple Google search would have shown that Josh Kraushaar works for National Journal, a competing publication, and has since 2010.

Moreover, as I noted before, Cain has said in response to many domestic and foreign policy questions that, as President, he would surround himself with advisers who were experts in their fields and make his decisions based on what they tell him. I’ve already written about the danger of a President who relies too much on his advisers, but this also brings up another point. With a candidate who has never held executive office, the best guide you often get to how they’d be is President is by watching how they run their campaign. Looking at who this candidate surrounds himself with, how they interact with the public and press, and how they and the candidate handle a crisis are at least some clue as to how they’d respond as President. It’s not always a perfect indicator, of course. For the most part, for example, Barack Obama ran a near-flawless campaign for the Democratic nomination and the General Election. Unfortunately, that near perfection did not translate very well to the White House, and Barack Obama only seems to really be “on message” when he’s out campaigning. Governing, and responding to and dealing with the leaders in his own party and the opposition, are things that seem to elude this President and the people he surrounds himself with. So, it’s not a perfect indicator, but it’s one of the only ones we have.

In Herman Cain’s case, we have a candidate who has surrounded himself with what appears at this point to be a bunch of amateurs who are headed by a charlatan. The campaign atmosphere is bizarre to say the least according to reports from former insiders, and the leader of the campaign is content to let it continue while ignoring the reality that they have no ground operation in any of the earlier primary states. Neither the campaign director nor the candidate have demonstrated any ability to handle a crisis, as the last two weeks have demonstrated. Add to this the lies and other bizarre behavior we’ve seen from Mark Block and the campaign’s Communications Director J.D. Gordon, and the only conclusion that one can reach is that Herman Cain is appallingly bad at picking advisers. If these are the people he picks to run his campaign, then his supporters are being blindingly naive to think that he’d hire competent advisers in the extremely unlikely event that he became President.

Herman Cain may continue to stay at the top of the polls, I’m not going to predict that he won’t at this point because the GOP selectorate has been acting bizarre throughout this entire campaign. Leading in the polls, though, doesn’t make you prepared or qualified to be President, and this is yet another example of how Herman Cain has proven himself to be unfit to be President. 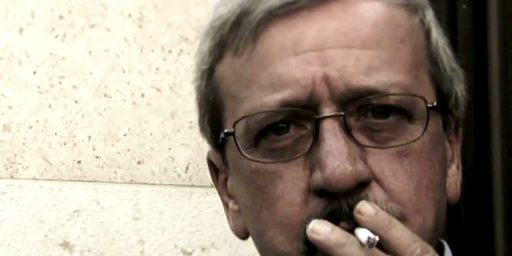