NASHVILLE — Tennessee voters backed Senator Lamar Alexander against a Tea Party challenge and turned down an aggressive bid by conservatives and business interests to oust three members of the State Supreme Court in primaries on Thursday.

Mr. Alexander’s victory in the Republican primary was another win for establishment Republicans against Tea Party challengers. And the decision to retain the justices was also a defeat for conservatives who hoped to gain a majority on Tennessee’s highest court.

In addition to backing Mr. Alexander, Republicans, as expected, nominated another incumbent, Gov. Bill Haslam, who is running for re-election in November’s general election.

In securing a win, Mr. Alexander thwarted the final attempt by Tea Party supporters to oust a Republican senator this year after challenges in Kansas, Kentucky, Mississippi and South Carolina faltered. The year has proved a marked contrast from 2010 and 2012, when Tea Party candidates toppled Senators Robert F. Bennett of Utah and Richard G. Lugar of Indiana, both Republicans.

The victories of incumbent lawmakers this year helped deprive Democrats of incendiary candidates they would prefer to face in November and raised the chances of a Republican takeover of the Senate.

Mr. Alexander, a former governor who was elected to the Senate in 2002, knew he would be a target because of his long record of compromise and deal making. And he faced an especially aggressive challenge from Joe Carr, a state representative from Rutherford County, which is southeast of Nashville.

Mr. Carr assailed Mr. Alexander as too moderate for this state, which has not voted for a Democratic presidential candidate since 1996, when Al Gore, a Tennessean, was Bill Clinton’s running mate.

But unlike some other Republican lawmakers who did little to prepare for primary challenges, Mr. Alexander moved quickly to secure the backing of Tennessee’s political apparatus, which helped deprive Mr. Carr and other rivals of political oxygen.

The hopes of Mr. Carr, who reported only $1.1 million in fund-raising, were raised in June after a little-known college professor, David Brat, stunned Representative Eric Cantor of Virginia, the House majority leader, in a primary. Mr. Brat had highlighted Mr. Cantor’s support for granting some illegal immigrants legal status and enlisted the conservative radio talk show host Laura Ingraham in his cause.

Mr. Carr also got help from Ms. Ingraham, and picked up the same playbook.

“When Lamar Alexander says he ‘voted to end amnesty,’ he isn’t telling the truth, again,” Mr. Carr said this week in a statement. “The truth is Lamar Alexander betrayed Tennessee’s workers.”

But it was not enough to defeat Mr. Alexander, a figure in Tennessee politics for decades who once wore a plaid, flannel shirt and walked more than 1,000 miles across the state while running for governor. In his victory speech, he touted his ability to compromise, The A.P. said. He told followers that if they wanted to make changes to health care and spending, “we’re going to have to work with other people to get it done.”

With Alexander’s win, the Tea Party has failed in its effort to defeat Senate incumbents in five straight race. 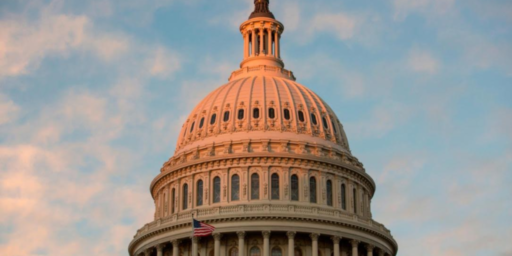