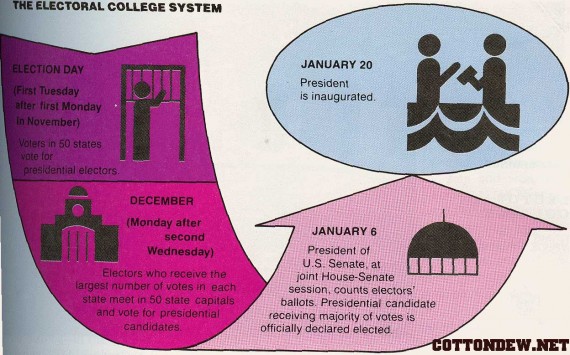 The current Gallup daily tracking poll, which has Romney up by seven point (Romney 52% v. Obama 45%) is another chance to point out the distortions created by the electoral college.  Specifically it highlights the degree to which the EC walls off voters from the process because it doesn’t matter if a candidate wins a state by 1% or 15%, all of that state’s electoral votes (save in Maine and Nebraska, which allocate some votes by congressional districts) go to the winner of the state.  As such, it is possible for a candidate to win a lot of popular votes (as Romney will in California, for example) and yet win zero electoral votes.

The internals of the Gallup poll show a clear regional edge for Governor Romney, as Ezra Klein noted this morning:

Here’s a handy bar graph of the numbers:

All of this leads Klein to note, correctly, “it’s hard to see how that puts him behind in the electoral college.”

Here’s the deal:  the only southern states that are true toss-ups are Virginia and Florida, and under any plausible EC scenario President Obama can lose them both and still win the electoral vote.  Governor Romney, however, can not.

Imagine a world in which all of those extra Southern voters mattered and imagine how differently the candidates would be behaving if that were the case.  As it stands, all of that Romney support is contained almost exclusively in places where extra support has no marginal value.  Each extra voter in Alabama who decides to vote for Romney simply doesn’t matter.  An Ohio voter, however, matters an awful lot.

A grand irony here is that a standard pro-EC argument is that it protects the states against national sentiment.  However, if the Gallup poll is correct and Romney wins the popular vote by a large margin due to overwhelming support in southern states, but still loses the electoral college, the fact of the matter will be that the EC actually diminished the significance of those states.

So, again, to my Republican-oriented friends who are also supporters of the electoral college, I say:  love the tracking?  hate the college.

I find myself semi-rooting for a the 2000 election all over again? but with the parties switched this time so that both sides will have had the experience of having their candidate win the most votes, but lose the office.  Maybe then we can have a serious discussion about reform.  However, if it happens I don’t want it to be in the context of a close state and a recount, as we need to avoid the rancor that that would create.