The sitting RNC chairman is losing to a field of no-name candidates. Is he actually the favorite? 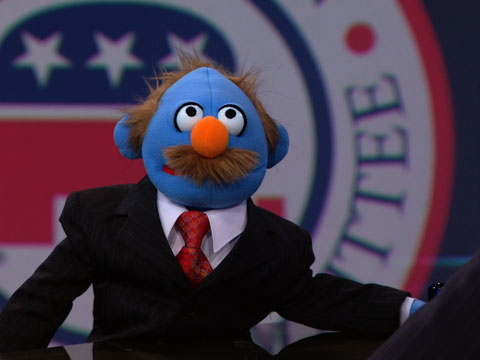 Michael Steele is substantially behind some guy I’d never heard of until last week, and who seems to be known mostly for having a really funny name.  Nonetheless, a report for The Hill argues, he’s the odds-on favorite for a second term as RNC chair.

Wisconsin GOP Chairman Reince Priebus remains the front-runner for the Republican National Committee chairmanship, which some observers predicted could spell trouble for his bid.

Priebus leads the field with 36 RNC members publicly backing him, according to a count by National Review Online.

Current RNC Chairman Michael Steele is a close second with 27 members backing him.

Priebus’ front-runner status could prove a liability, according to Mike Duncan. The former RNC chairman, who was Steele’s predecessor serving from 2007-2009, said the leader typically “loses momentum after the first or second ballot,” he said recently.

Now, Duncan’s expertise on the internal machinations of RNC politics dwarfs my own.  But from where I’m sitting, when you have a sitting chairman who 1) presided over an election cycle in which his party staged a major resurgence and yet 2) is almost universally thought to be an embarrassment and a buffoon, every candidate in the race is either the sitting chairman or Not The Sitting Chairman.

Steele has 27 votes, according to the NRO tally.

Two other candidates have 14 each, another has 12, and Undeclared leads the pack with 63.

So, by my count, that’s 27 votes for Michael Steele and 141 for Not Michael Steele.    So, Steele will need to hold onto his current delegates and pick off another 58 to win.    But he’s the sitting chairman.  Who just presided over a shellacking of the opposition party.  And they’re not with him now.   What is it that he could possibly do to persuade them that he’s actually a good chairman?