Secretary of State Mike Pompeo will not be running for Senate despite urging from Republicans in Washington and back in Kansas, 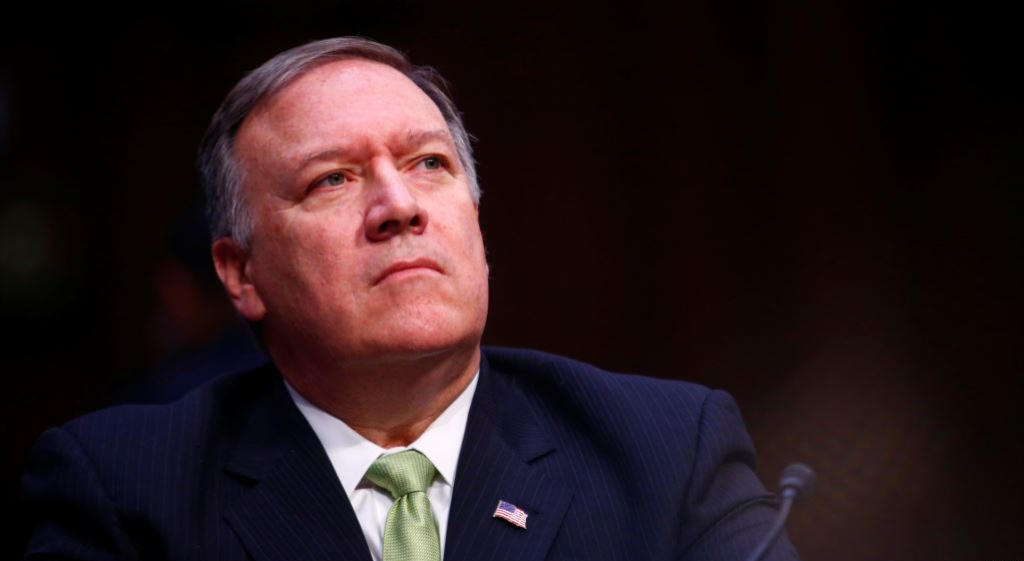 Back in January, just days after the new Congress had convened, Kansas Senator Pat Roberts, who has served four terms in office and faces a re-election bid in 2020, announced that he would not stand for re-election and would retire at the end of his term. Within a day after he made this announcement, reports began to circulate that Kansas Republicans were already talking to Secretary of State and former Kansas Congressman Mike Pompeo to return to Kansas and run for Senate. One of the main reasons for that is the fact that Pompeo was widely seen as one of the few Kansas Republicans who could both hold off a potential bid for the nomination by controversial former Secretary of State Kris Kobach and win a General Election against a Kansas Democratic Party that has become increasingly successful in an otherwise Republican state. Senate Majority Leader Mitch McConnell even got into the act and met with Pompeo in an effort to get him to run for the seat to ensure that it stays in Republican hands. Today, Secretary Pompeo ruled out a Senate bid, thus sending his fellow Kansas Republicans back the drawing board:

Secretary of State Mike Pompeo said Thursday that he has ruled out running for a soon-to-be-vacant Senate seat in his home state of Kansas next year in favor of remaining the nation’s top diplomat.

The former Kansas congressman and CIA director had dodged questions about whether he planned on running in 2020 to claim the seat held by retiring GOP Sen. Pat Roberts, fueling speculation that he might by attending certain events and meeting with GOP operatives in the state.

But on NBC’s “Today” show on Thursday, the secretary of state threw cold water on the prospect, telling anchor Craig Melvin “it’s ruled out.”

“I love Kansas. I’m going to be the secretary of State as long as President Trump gives me the opportunity to serve as America’s senior diplomat,” Pompeo said. “I love doing what I’m doing and I have 75,000 great warriors out and around the world trying to deliver for the American people.”

Pompeo would have been a top recruit for Republicans looking to hold on to Roberts’ seat after he vacates it, and the secretary of State has confirmed that Senate Majority Leader Mitch McConnell had asked him to consider a run.

In interviews over the past few months, Pompeo has said he’s happy at the State Department and not planning to leave his post any time soon. In an ever-changing administration where the president’s opinion of his advisers can change on a whim, Pompeo has been one of the few high-level officials who have remained in President Donald Trump’s favor since the start of his administration.

From the start, it seemed as though trying to draft Pompeo to move back to Kansas and run for office was something of a long shot. In the course of fewer than two years, he’s gone from a Congressman in Kansas, to Director of the C.I.A. to Secretary of State and, so far at least, he seems to be doing better in the job than his immediate predecessor Rex Tillerson had been doing. He also appears to be on the right side of the President, at least for now and has therefore avoided the attacks that other members of the foreign policy apparatus, such as former Defense Secretary James Mattis and former National Security Adviser H.R. McMaster have been subjected to under this President. In some sense, in addition to risking the possibility that he could lose, going back to Kansas to run for the Senate would have been something of a demotion even if he did win. Besides which, if he manages to fill out whatever time he wishes to take as Secretary of State he would likely to be able to go back to Kansas and run for whatever office he wanted if that was his desire.

With Pompeo out of the race, this opens the door to other Republicans to run for the seat, and the list of potential candidates includes a number of state-level politicians as well as Members of Congress who may want to take a chance at running for the upper chamber. On the Democratic side, there is also no consensus candidate as of yet, but a number of potential candidates who could get into the race, including Kathleen Sebelius, who served as Secretary of Health and Human Services under President Obama, as well as a stint as Governor and Kansas Insurance Commissioner. No doubt, we’ll learn more about who may be running for this seat in the coming months.

Pressure Continues On Mike Pompeo To Run For Senate In Kansas