Most Influential Person of the Decade

The Washington Post has been having one of those silly polls the last several days, asking “Which of these nominees had the greatest influence in shaping the past decade, either by changing how we live or by making the greatest impact on our culture?”

Kevin Drum can’t believe they didn’t include Alan Greenspan, which is a fair criticism, indeed.  But the brackets are beyond stupid even leaving that aside.

The top left bracket is a joke.  You’ve got the #1 seed, former President Bush, up against a guy who’s been Treasury Secretary for about five minutes, a bicycle racer, and a wealthy heiress best known for an Internet sex video.   Yeah, maybe they could have found a place for Greenspan.

The bottom left bracket, by contrast, is overstacked.  Dick Cheney deserved to be a #1 seed but so did Page & Brin.  Instead, they’re set up to have to face each other in the second round.

In the top right bracket, Barack Obama is a bracket buster, sure to garner a ton of votes because he’s President of the United States.  And, yes, simply getting elected to that office is a Big Deal, especially when you’re the First Black President.  But he’s been in that office less than a year and his only impact on the culture before that was a couple of speeches. Further, he’s paired against Hu Jintao, a man of whom most Americans have never heard.  And I’m not sure offhand that I could detail the impact he’s had on “our” culture.

So, Obama was guaranteed to get past the first round and then he’d face the winner of the face-off between a comedian and the CEO of a tech company.  Hello! At very least he should have had to face Page&Brin in the 1st round.

The bottom right bracket is actually well set up.   Osama Bin Laden is a definite #1 seed and J.K. Rowling is a reasonable enough #2.  So, OBL facing Mark Zuckerberg (who?) and Rowling facing the tougher Al Gore is fair.

Ultimately, though, despite the poor seedings, the strongest challengers have made it to the finals:  Bush vs. Bin Laden.     It’s a tough call, since Bin Laden himself had so much impact on Bush’s presidency.   My money’s on Bush, though, since he started the decade out by winning in the most contested presidential campaign in modern American history, launched two wars, got re-elected, had the Katrina nightmare, and so forth.  Bin Laden was basically a one-hit wonder. 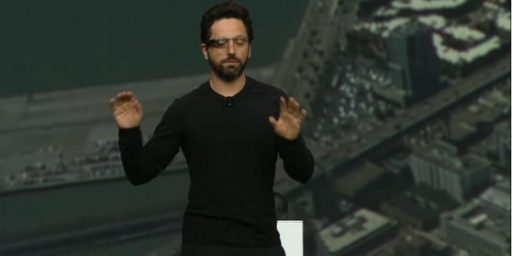