The Administration has accepted reality in its fight against a ruling that made the "morning after" pill available regardless of age. 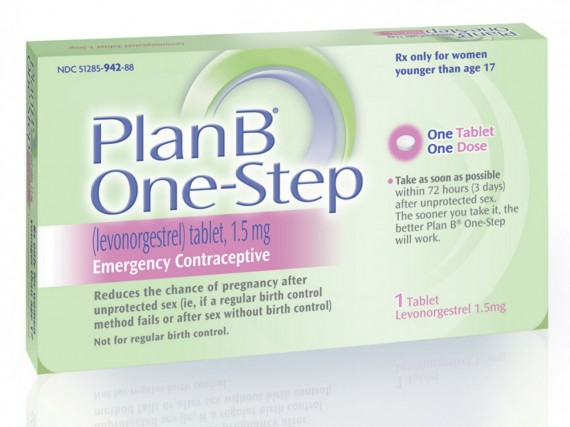 The Obama Administration has decided to drop its appeal of the Federal District Court Judge’s decision striking down an FDA rule that restricted the availibility of Plan B and other “morning after” pills based on age. As a result, these pills will soon become available to women and girls of all ages:

WASHINGTON — The Obama administration has decided to stop trying to block over-the-counter availability of the best-known morning-after contraceptive pill for all women and girls, a move fraught with political repercussions for President Obama.

The government’s decision means that any woman or girl will soon be able to walk into a drugstore and buy the pill, Plan B One-Step, without a prescription.

The Justice Department had been fighting to prevent that outcome, but said late Monday afternoon that it would accept its losses in recent court rulings and begin putting into effect a judge’s order to have the Food and Drug Administration certify the drug for nonprescription use. In a letter to Judge Edward R. Korman of the United States District Court for the Eastern District of New York, the administration said it would comply with his demands.

The Justice Department appears to have concluded that it might lose its case with the appeals court and would have to decide whether to appeal to the Supreme Court. That would drastically elevate the debate over the politically delicate issue for Mr. Obama.

Women’s reproductive rights groups, who had sued the government to clear the way for broader distribution of the drug, cautiously hailed the decision as a significant moment in the battle over reproductive rights but said they remained skeptical until they saw details about how the change will be put into practice.

The drug prevents conception if taken within 72 hours after sexual intercourse.

“We will not rest in this fight until the morning-after pill is made available without delay and obstruction,” said Mara Verheyden-Hilliard, a lawyer and the executive director of the Partnership for Civil Justice Fund, which represented the plaintiffs in the case.

Cecile Richards, the president of Planned Parenthood said: “This is a huge breakthrough for access to birth control and a historic moment for women’s health and equity.”

The F.D.A. issued a statement Monday night saying that it planned to drop its appeal. “To comply with the order, the F.D.A. has asked the manufacturer of Plan B One-Step to submit a supplemental application seeking approval of the one-pill product to be made available O.T.C. without any such restrictions,” the statement said. “Once F.D.A. receives that supplemental application, the F.D.A. intends to approve it promptly.”

The decision is certain to anger abortion rights opponents, who oppose letting young girls have access to the drug without the involvement of a parent or a doctor. For Mr. Obama, the decision could rekindle a high-intensity, politically turbulent debate about contraceptives even as he is already dealing with a series of distracting controversies and national security leaks.

Mr. Obama had expressed personal concern about making the drug more broadly available last year and offered support to Kathleen Sebelius, his secretary of health and human services, when she blocked a decision by the F.D.A. that would have cleared the way for nonprescription distribution to all girls and women regardless of age. He said that as the father of two young girls, the idea of making the drug available to them without a prescription made him uncomfortable.

In its letter to the court, the Justice Department outlined the procedural steps that the F.D.A. plans to take. It said the maker of Plan B One-Step, Teva Pharmaceuticals, has been asked to “promptly” file an application asking for no age or sales restrictions, and that the “F.D.A. will approve it without delay.”

Once that is done, the F.D.A. expects makers of generic versions of Plan B One-Step — the most popular of those is Next Choice One Dose — to ask for a similar arrangement. The F.D.A. will evaluate those requests, based on whether it decides to give Plan B One-Step any type of market exclusivity, but most likely generic pills will also eventually be available without restrictions.

The Justice Department said it would not remove restrictions from two-pill emergency contraceptives because it is concerned that young girls might not be able to adequately understand how to take two separate doses. But two-pill versions are a diminishing fraction of the market.

It starts with a decision that the United States Court of Appeals for the Second Circuit issued last week. In that ruling, a three-judge panel considered the administration’s request to temporarily hold off on allowing over-the-counter sales of emergency contraceptives to women of all ages, as federal judge Edward Korman had ordered on April 5.

The Department of Justice wanted to stay that ruling until the appeals court issued a ruling on the merits of its challenge.

Korman had ordered that two emergency contraceptives, Plan B and Plan B One-Step, be made available without prescription to all women and girls. The appeals court partially sided with the administration: It issued a stay for Plan B One-Step because of jurisdictional issues. The case that Korman initially heard dealt only with the two-pill product, not Plan B One-Step, which could put the one-pill product outside the scope of that particular case.

On the two-pill Plan B product, however, the three-judge panel refused the administration’s request for a stay. It would not allow its move to over-the-counter to be delayed.

That meant two things. First, it was a signal that Justice would likely lose its appeal. Stays are typically granted when the appeals court sees a good chance for the challenger to ultimately prevail. In this case, the Second Circuit did not see that.

Second, the ruling meant that the two-pill Plan B product now had to move in front of the counter. According to the senior official, there was worry about the two-pill product proving too complex for young girls to use it properly. The newer Plan B One-Step, which contains a one-pill dosage of levonorgesterl, is easier to use, which the administration thought made it a safer over-the-counter product.

In the administration’s best-case scenario, it would have won the stays and ultimately prevailed on appeal. That didn’t happen. The Department of Justice fell back on what the administration saw as the better of two undesirable options. That’s what you saw happen Monday, when Justice announced its intention to drop its appeals.

If nothing else, the ruling on the Administration’s request for a stay was a pretty strong signal that the Appeals Court was unlikely to overrule Judge Korman’s decision, which he had reached after a long hearing on the scientific merits of the FDA rule that restricted access to the over-the-counter version of the pill to females over 17. As As I noted at the time, this and the fact that Korman made his decision heavily dependent upon the factual findings he made after that hearings, made the decision difficult to attack on appeal. The FDA seemed to at least partially concede to the Judge’s argument last month when it modified its own rule to make Plan B One Step available to girls as young as 15.

Reality, it seems to me, is quite different. Whether adults like it or not, teenagers are going to have sex just as they have been for generations. Ideally, they’d be using contraceptives when they do, but that’s not always the case unfortunately. What would conservatives prefer, a teenage girl who had unprotected sex but was able to take the Plan B and prevent an unwanted pregnancy, or a pregnant teenager that may turn into an unwed teen mother? It seems blindingly obvious to me that the first situation is better than the first. Moreover, the science behind this issue seems fairly well-established in that there is no evidence that allowing teenagers to take Plan B or other similar drugs would be harmful in any way. The other reaction that this story brings up, of course, is that it makes people uncomfortable to think that 15 year olds, and younger, can get access to this drug without their parents ever knowing. While that may be true, it’s not a factor that either FDA or the Department of Health and Human Services can rightfully consider. So, the only reason to block them from having access to the pill would seem to be based on moralism, and bad public policy, rather than on the science that is supposed to be the sole criteria that the FDA evaluates drugs. That, in the end, is the reason that the Justice Department lost in the District Court, and why it likely would have lost on appeal.

Update: Another conservative, Bryan Preston at PJ Media, argues that this decision will help to cover up statutory rape:

A 13-year-old girl who goes to the pharmacy to obtain the morning-after pill is probably the victim of a crime. She may be under threat, and walking into the pharmacy to get the pill because an adult has forced her into sex and is now forcing her to get medication that can help cover up the crime. Her parents have the right to know that their daughter is either wittingly sexually active or has been victimized. But no questions will be asked. The girl — not woman, girl — will not be asked to provide ID or any evidence of age. Her parents will probably never know.

This strikes me as largely scare mongering. A 13 year old buying Plan B is not,  in and of itself, evidence of anything. She could have had sex with a boy her age, or only slightly older. Indeed, in many states, sexual relations between older and younger teenagers is not illegal as long as both parties are under 18 and there is not more than (usually) a four year age difference between the parties.

It does bring up another point, though. As I noted last month, Congress could still step in regarding this matter:

[I]t is entirely possible for Congress to take control of this issue by passing a law directing the FDA to require a prescription for minors who want this medication, although that’s unlikely to happen in the current political climate.

Similar legislation may also be possible at the state level. Whether it will survive court challenges is something I cannot speak to, but I do expect some legislators to give suh legislation a try.