Obama Campaign Tries To Distance Itself From “Mitt Killed A Lady” Ad, Lies In The Process

The Obama campaign told a few fibs in its effort to distance itself from a controversial Priorities USA ad. 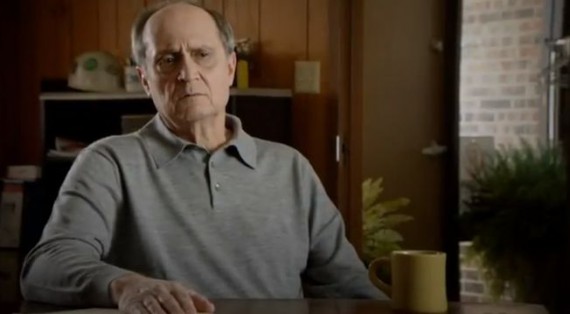 When it realized that the public reaction to the Priorities USA “Mitt Romney killed my wife” ad was overwhelmingly negative, the Obama Campaign began doing everything it could to distance itself from the controversy. At first, this involved the standard response you always hear from political campaigns that they aren’t permitted to coordinate with SuperPACs. Yesterday morning on Morning Joe, for example, campaign spokesperson Robert Gibbs claimed to be unaware of any of the details of the ad itself even after the ad was played for him. Fairly quickly, though, they shifted to a new story and claimed that they had no knowledge of the story that Joe Stopic tells in the ad, despite the fact that he had told the same story on an Obama Campaign conference call only three months ago:

When President Obama’s aides said they weren’t familiar with former Missouri steelworker Joe Soptic’s life story, all they had to do was check their own campaign archives.

Soptic, laid off from Bain Capital-owned GST Steel, stars in a Priorities USA Action spot this week in which he tells of how his wife died without health insurance after he lost his job. Soptic also appeared, wearing what appears to be an identical shirt, in a May television ad for the Obama campaign.

Asked about the Priorities spot on MSNBC Wednesday morning, Robert Gibbs said he doesn’t “know the specifics” while Stephanie Cutter said on CNN: “I don’t know the facts about when Mr. Soptic’s wife got sick or the facts about his health insurance.”

And Jen Psaki told reporters on Air Force One that “we don’t’ have any knowledge of the story of the family,” according to Yahoo! News.

But Cutter hosted an Obama campaign conference call in May in which Soptic told reporters the very story featured in the Priorities spot.

Soptic clearly tells the same story he does in the ad, adding in a few more details that probably ended up on the cutting room floor after Cutter turns the call over to him. The one thing that becomes immediately apparently while listening to Stopic in this call is that he’s quite obviously reading from a script, and it’s a script that includes political talking points (such as the distorted quote from Romney that he “likes to fire people”) that makes it blindingly obvious that the copy was written by someone in the Obama campaign and, mostly likely approved by Cutter or someone directly under her. This conference call took place on May 14th. The inescapable conclusion is that Stephanie Cutter lied when she said the didn’t know the details of Soptic’s story.

In addition to the conference call, Stopic appeared in two ads for the Obama campaign and, indeed, some have raised questions about whether the Obama ad and the SuperPac ads were shot at the same time, noting several similarities between the two ads. It’s understandable why the campaign wouldn’t want to associate themselves with this ad given the fact that it’s been nearly universally condemned and that the only person who appears to be defending it this point is forrmer White House Communications Director Bill Burton, who now runs Priorities USA. However, one has to wonder why they can’t just stand up and condemn the ad?  More importantly, one also has to wonder why Cutter and others in the Obama campaign would so blatantly lie about their knowledge of Soptic’s story. 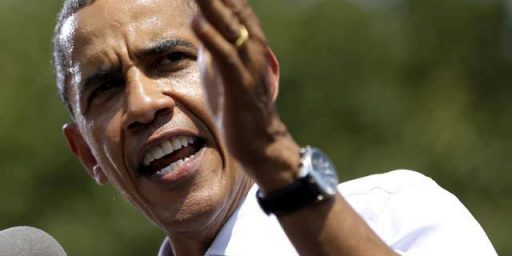 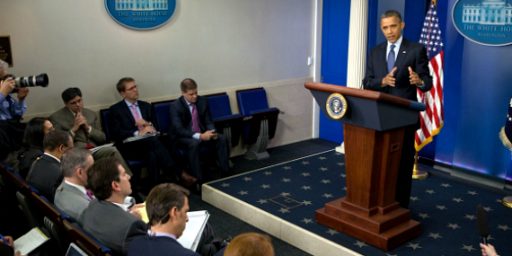