A POLITICO analysis finds that "Obama and his top campaign aides have engaged far more frequently in character attacks and personal insults than the Romney campaign." 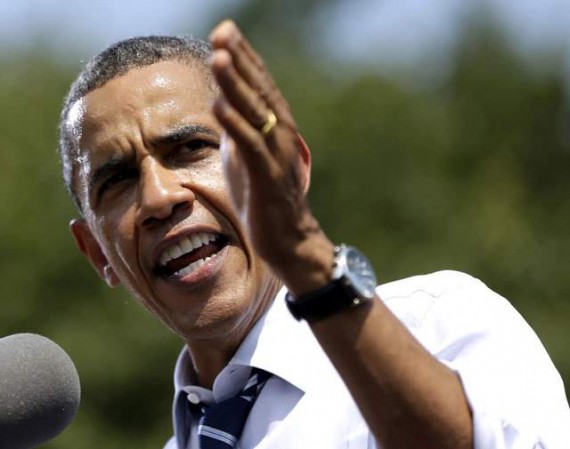 A POLITICO analysis finds that “Obama and his top campaign aides have engaged far more frequently in character attacks and personal insults than the Romney campaign.”

Obama, who first sprang to national attention with an appeal to civility, has made these kind of attacks central to his strategy. The argument, by implication from Obama and directly from his surrogates, is not merely that Romney is the wrong choice for president but that there is something fundamentally wrong with him.

To make the case, Obama and his aides have used an arsenal of techniques — personal ridicule, suggestions of ethical misdeeds and aspersions against Romney’s patriotism — that many voters and commentators claim to abhor, even as the tactics have regularly proved effective.

The imbalance is notable in the context of recent history. For more than a generation — since Michael Dukakis got savaged in 1988 and Bill Clinton decried the “politics of personal destruction” in the 1990s — it has been woven into the self-image of many Democrats that they are victims rather than victimizers when it comes to personal attacks.

Some Democrats in 2012 say this is exactly the point, and that Obama therefore is within his rights to try to turn Romney into a figure of ridicule or even contempt in the way that George W. Bush and his campaign succeeded in doing to John Kerry in 2004.

It is not that the Obama-led attacks on Romney’s character have been especially vicious by historical standards. But they have been both relentless and remorseless, designed to portray Romney as too flawed personally to be a viable political alternative :

— Obama senior adviser David Axelrod early in the campaign called Romney “a charlatan.” Senior White House adviser David Plouffe made the same hollow-man argument during the GOP primaries: “You get the sense with Mitt Romney that if he thought it was good to say the sky was green and the grass was blue to win an election, he’d say it.”

— Obama’s campaign has suggested Romney is deceitful or corrupt. Deputy campaign manager Stephanie Cutter, highlighting inconsistencies in Romney’s explanation of his departure from Bain Capital, suggested that Romney is “misrepresenting his position at Bain to the SEC, which is a felony.” The alternative, she said, is Romney was lying to the American people. Last weekend, Cutter said that Romney and Paul Ryan think “lying is a virtue,” judging from the factual misrepresentations of the GOP convention.

Speaking Tuesday night at the convention here, former Ohio Gov. Ted Strickland said “Mitt Romney has so little economic patriotism that even his money needs a passport. It summers on the beaches of the Cayman Islands and winters on the slopes of the Swiss Alps.”

An Obama campaign ad criticizing Romney’s tenure as a “corporate CEO” who outsourced jobs concluded with the observation, “It’s just what you expect from a guy who had a Swiss bank account.”

And then there was the infamous ad from the pro-Obama group Priorities USA Action, featuring a laid-off steelworker, Joe Soptic, recounting how he lost his job and health insurance when Bain closed a factory. Years later, Soptic’s wife died and the man pins Romney with some responsibility: “I do not think Mitt Romney realizes what he’s done to anyone. And furthermore, I do not think Mitt Romney is concerned.”

— Obama and his aides have portrayed Romney as a figure of ridicule, a kind of modern-day Thurston Howell III. The president mocked Romney’s use of the word “marvelous,” saying, “It’s a word you don’t often hear.” In Iowa last month, he made jeering references at three stops in a row to a story from the early ’80s about how Romney’s dog, Seamus, was put in a crate atop the car on Romney family vacations.

These remarks on the surface count as good-natured ribbing. But Obama aides have made clear that they have studied how similar images — a helmeted Dukakis looking like Rocky the Flying Squirrel while riding a tank in 1988, or Kerry wind-surfing in a wetsuit in 2004 — can be used to devastating effect.

“I would say that it’s a little ironic for a candidate who won the primaries telling his opponents not to whine, who just had a convention that was primarily devoted to going after me in ways that every media outlet has said bend the truth, and whose entire campaign has been built around assertions that don’t jibe with the facts — that he would want to spend most of his time talking about how tough we have been on him,” Obama said.

And while Romney hasn’t attacked Obama’s personal character, he has been biting, dismissing the president’s time as law professor and legislator as evidence he never really “had a job.” He has accused Obama of wanting to turn the United States into a European socialist state and even dropped a birth certificate joke last month in Michigan, although he made clear he believes it is beyond doubt that Obama was born in the United States.

But he hasn’t exactly kept a wide berth from people who have tried to challenge Obama’s legitimacy on this score. He has appeared repeatedly with Donald Trump, the bombastic New York real estate developer who nearly ran for president on a single-issue, birth certificate-themed campaign.

Perhaps most aggravating to Democrats, Romney has woven throughout his campaign the charge that Obama simply doesn’t understand American values. Romney has called Obama’s vision “extraordinarily foreign” and accused him of believing the United States is “just another nation with a flag.” A prominent Romney surrogate, former New Hampshire Gov. John Sununu, said on a conference call that Obama should “learn how to be an American.” In a Fox News appearance, Sununu said that Obama “spent his early years in Hawaii smoking something [and] spent the next set of years in Indonesia.”

In terms of the top level finding, while it strikes me as probably right as a news consumer, as a political scientist I’m a bit dubious of the methodology. What counts as a negative personal attack? Do some attacks count more than others or is this a binary scale? Who counts as a campaign spokesman? Is the scale weighted, so that those by higher ranking officials count more? The story doesn’t say; indeed, the analysis might be purely anecdotal.

Further, whether in fact the Obama team has been more personal than Romney’s—and, again, it’s quite possible—motivations presumably matter here. Is it that Obama’s people are willing to stoop to anything to win, while Romney’s is more concerned about the good of the Republic? Or is it simply a matter of internal polling telling Democrats that Romney’s character is his biggest weakness while Republican polling tells them that Obama is too likable for personal attacks to be effective?

Regardless of any of the above, two things are clear. First, Democrats are quite happy that Obama and company are willing to be ruthless to win. They feel that they’ve lost winnable races in the past because Republicans got away with brutal attacks that went unanswered. Second, the public doesn’t seem to be punishing Obama for negative attacks; he is, after all, leading in the polls.