Obamacare Fading As A 2014 Campaign Issue

The Affordable Care Act is playing almost no role in the midterm elections. 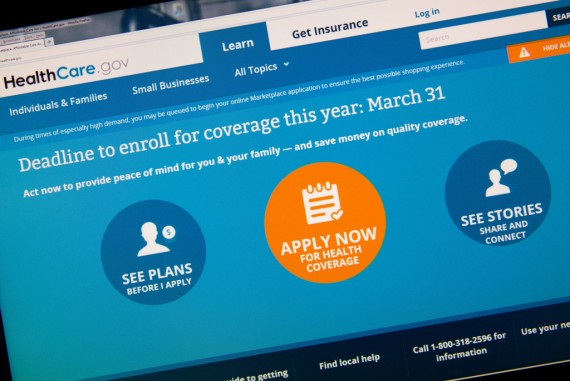 After the public relations disaster of the roll out of the Affordable Care Act last October, a situation which wasn’t fully resolved until sometime in December, which was quickly followed by the numerous reports of people who were losing health insurance coverage that they had had for years, seeing their premiums skyrocket, and otherwise running into difficulties even signing up for insurance through the state or federal exchanges. Given all this news, there were many on the right who believed that, once again, Obamacare would be an issue that they could exploit in the upcoming midterms while many Democratic candidates, especially those vulnerable Democratic Senators in red states, shied away from the issue or sought to distance themselves from the President’s health care plan. As the election year has gone on, though, it has become apparent that the President’s health care law is not going to be the issue that either side thought it would be for voters, and that’s causing both of them to change their emphasis:

Though Republicans continue to hammer away at the Affordable Care Act, the health-insurance law is losing some of its punch in the 2014 campaign.

Polls show that voters don’t see the law as a top concern, and both Democrats and Republicans say the election will turn on a range of issues.

That outlook is causing both parties to adjust. While some Republicans had billed the election as a referendum on the health law, the GOP is now delivering a broader indictment of what the party describes as the Obama administration’s failures. Some Democrats are cautiously stepping out to defend the law, highlighting its most popular provisions while suggesting fixes.

“Obamacare is part of the mix, but it is nowhere near the sole focus of our campaigns,” said Republican pollster Neil Newhouse. “Obamacare has come to symbolize government overreach, Obama’s liberal values and poor policy judgment.”

White House officials think otherwise. After the government reported Monday that the number of uninsured dropped by 3.8 million in early 2014, during the enrollment period for the health law, two officials said in a blog post that “the Affordable Care Act is working and well on its way to ensuring that all Americans have access to high-quality, affordable health care.”

The health law remains unpopular, surveys show, but polling also suggests it isn’t driving voters’ decision-making. Just 3% of the most enthusiastic voters cited the law as the reason for their eagerness to vote, according to a Kaiser Family Foundation poll this month that found the economy was the top concern.

“We still capture ads attacking Obamacare just about every day of the week, but there are lots of issues being focused on now,” said Elizabeth Wilner, who tracks campaign ads as vice president of Kantar Media Ad Intelligence. “Republicans were trying to make the election a referendum on the president, and a health-care law with his name on it was a perfect vehicle to do that. But now they are finding other vehicles.”

She said other issues on the airwaves now include veterans’ health care, Washington gridlock and government spending. Immigration also flared up this summer, as Republicans seized on a surge of illegal child migrants to argue that Democratic policies were failing.

To be sure, the health law is still a GOP rallying cry. Last week, House Republicans held a vote on a bill allowing Americans to keep their health plans, an effort to keep the issue in the news. And TV ads attacking Democratic incumbents who voted for the law continue. Last week in Virginia, Republican Ed Gillespie unveiled a spot attacking Sen. Mark Warner, his Democratic opponent, for helping to pass a law “denying families the insurance and doctors we trust.”

Still, the debate is shifting. For a long time, the issue was so politically toxic that Democrats avoided the subject. Now a handful of House and Senate candidates are promoting the law, albeit gingerly. They focus on popular provisions such as bans on insurers denying coverage to people who already are sick or charging women more than men.

Two Democratic Senate candidates, incumbent Mark Pryor in Arkansas and Natalie Tennant in West Virginia, are trying to defuse the political debate over the law with personal stories. Mr. Pryor’s ad features his father, David, a popular former senator, talking about his son’s cancer diagnosis. “Mark’s insurance company didn’t want to pay for the treatment that ultimately saved his life,” David Pryor says. Mark Pryor then explains that this is why he supported the health-care law.

Ms. Tennant’s ad opens with the sound of a heart monitor. “When she was a week old, our daughter Delaney had open heart surgery that saved her life,” she says in the spot. “While friends, family, and folks all across West Virginia prayed with us, the insurance company called her a pre-existing condition.”

To no small degree, the fact that the PPACA has faded as a campaign issue is likely due to the fact that, while the law’s initial rollout and inaugural signup period were indeed disastrous, there has been very little bad news, in fact very little news at all, about the law since open enrollment ended in March. There have been reports here and there about the possibility of increased premiums in the future, of course, and as the Journal notes in the linked article, it’s possible that the law may re-enter the news in October when open enrollment begins again and we start dealing with the issue of employers trying to sign up for approved plans. For the most part, though, the PPACA has largely faded from public attention while other issues have arisen in the news. Additionally, the Administration has done a fairly decent job of highlighting what they believe the positive aspects of the law are, including what seems to be small reductions in both the number of uninsured and signs that health care costs might be going down, although it’s far too early to say with any certainty whether either of these will be lasting phenomena.  Regardless of whether that’s the case or not, though, there are as much “good” news about the PPACA out there for Democrats to point to as there is “bad” news for Republicans to point to so, in some sense, it ends up becoming a wash and neither party can really benefit from the issue.

More important than how well the law is doing right now, though, is the simple fact that it doesn’t appear to be a very high priority for the voters that are likely to decide the close elections this year. Clearly, it’s an issue that will motivate base issues in both party, especially in the GOP, to come to the polls, but when you look at polling around the country it becomes clear rather quickly that voters don’t consider the health care law to be a high priority. This isn’t entirely surprising. Even back in 2010, when Republicans rode a Tea Party wave to victory, exit polling indicated that health care was seen as the most important issue by just 18% of voters. Additionally, voters that year were nearly equally divided on whether the PPACA should be repealed (48%) or whether it should be expanded or left as it is (47%).  As it has been in past elections, the most important issue for voters that year was the economy, and that’s likely to be true this year as well.  To be sure, polling still shows that the law is unpopular, but as was the case in 2010 and 2012, there’s simply no evidence that it is going to play a significant role in voters choices at the polls this year.