With the start of her confirmation hearings just days away, Gina Haspel's nomination to be C.I.A. Director is by no means secure. 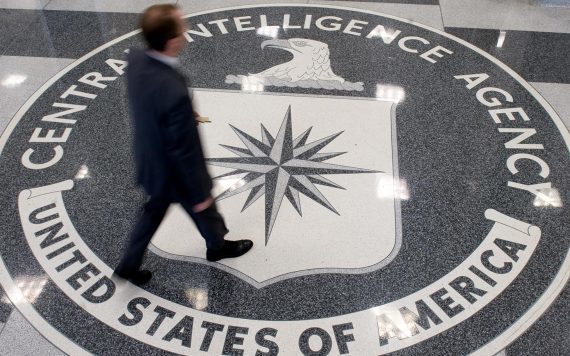 Late last week President Trump’s nominee to be the next Director of the Central Intelligence Agency suggested withdrawing her nomination to head the agency, citing her involvement in the post-9/11 torture of terrorist suspects at C.I.A. dark sites around the world:

Gina Haspel, President Trump’s nominee to become the next CIA director, sought to withdraw her nomination Friday after some White House officials worried that her role in the interrogation of terrorist suspects could prevent her confirmation by the Senate, according to four senior U.S. officials.

Haspel told the White House she was interested in stepping aside if it avoided the spectacle of a brutal confirmation hearing on Wednesday and potential damage to the CIA’s reputation and her own, the officials said. She was summoned to the White House on Friday for a meeting on her history in the CIA’s controversial interrogation program — which employed techniques such as waterboarding that are widely seen as torture — and signaled that she was going to withdraw her nomination. She then returned to CIA headquarters, the officials said.

Taken aback at her stance, senior White House aides, including legislative affairs head Marc Short and press secretary Sarah Huckabee Sanders, rushed to Langley, Va., to meet with Haspel at her office late Friday afternoon. Discussions stretched several hours, officials said, and the White House was not entirely sure she would stick with her nomination until Saturday afternoon, according to the officials who spoke on the condition of anonymity to discuss internal deliberations.

Trump learned of the drama Friday, calling officials from his trip to Dallas. He decided to push for Haspel to remain as the nominee after initially signaling he would support whatever decision was taken, administration officials said.

Haspel, who serves as the CIA’s deputy director and has spent 33 years in the agency, most of it undercover, faces some opposition in Congress because of her connection to the interrogation program, which was set up after the Sept. 11, 2001, attacks.

In late 2002, Haspel oversaw a secret CIA detention facility in Thailand, where one al-Qaeda suspect was waterboarded. Another detainee also was waterboarded before Haspel’s arrival.

Three years later, Haspel was involved in the CIA’s destruction of nearly 100 videotapes that recorded the men’s interrogations, touching off an investigation by a special prosecutor who ultimately decided not to bring charges against those involved.

“There has been a fascinating phenomenon over the last few weeks. Those who know the true Gina Haspel — who worked with her, who served with her, who helped her confront terrorism, Russia and countless other threats to our nation — they almost uniformly support her,” said Ryan Trapani, a CIA spokesman. “That is true for people who disagree about nearly everything else. There is a reason for that. When the American people finally have a chance to see the true Gina Haspel on Wednesday, they will understand why she is so admired and why she is and will be a great leader for this agency.”

Sanders declined to comment on Haspel’s offer to withdraw or internal White House discussions, but she stressed that Haspel is a dedicated public servant qualified for the role and that she has the full support of the president.

“She is the best of the best,” Sanders said of Haspel, describing her as a “patriot.”

An administration official said the nomination remains on track. “There is a hearing prep session today, courtesy calls with senators Monday and Tuesday, and classified materials will be delivered to Senate security so senators can read the real record instead of relying on gossip and unfounded smears,” the official said.

But Haspel’s nomination to become the first woman to lead the CIA came close to being scuttled Friday ahead of any hearings — and largely at her own hand, the U.S. officials said. The problem came to a head Friday afternoon when she was summoned to the White House for some urgent questions, particularly on her role in the use of waterboarding and other harsh interrogation techniques.

She had been in a meeting with her staff at CIA headquarters in Langley, fielding mock questions to prepare for her confirmation hearing, when the summons arrived.

Some White House officials were concerned by material being raised in questions from Congress, information they were just learning about, according to the U.S. officials. Those officials said the material was not revelations that have been unearthed in recent months, but the White House wanted to hear Haspel’s explanation of it.

Some records from the interrogation program, including documents that haven’t been made public, show that Haspel was an enthusiastic supporter of what the CIA was doing, according to officials familiar with the matter. But others have disputed any characterization of Haspel as some kind of cheerleader of the harsh treatment of detainees and noted that the program was authorized by the president, deemed legal by administration lawyers and briefed to members of Congress.

Lawmakers had been pushing last month for more access to a handful of cables and other CIA material that might shed more light on Haspel’s work. Sen. Dianne Feinstein (D-Calif.) said the more material she reads about Haspel’s role in the interrogation program, including the destruction of tapes, the more unsettled she has become.

Last month, the CIA declassified an internal disciplinary review that “found no fault with the performance” of Haspel in the destruction of the videotapes. Haspel drafted a cable approving the destruction that her boss ultimately sent to field officers, who fed the tapes into a shredding machine. But she believed that he would first get the approval of senior CIA leaders before sending it, according to people with knowledge of the episode.

The release of the disciplinary review may persuade some lawmakers who had been undecided to support Haspel, said congressional officials tracking the nomination process.

Amid the questioning in the West Wing on Friday afternoon, Haspel told White House aides she did not want her nomination to harm the CIA. She also feared unfair attacks on her own reputation, saying that she didn’t want to be “the next Ronny Jackson,” one official said. Jackson, Trump’s White House doctor, withdrew his nomination to become Veterans Affairs secretary following questions regarding alleged misconduct earlier in his career.

Daniel Larison takes this as a sign that the pressure on the Trump Administration over the Haspel nomination is having an impact:

Haspel’s inclination to withdraw is a sign that the pressure on the Trump administration over her past involvement in torture is having the desired effect. That pressure should continue, and with any luck it will cause her nomination to be defeated. The Trump White House would have been wise to let Haspel withdraw. The latest news will only encourage opponents of her nomination to do everything possible to keep a torturer from being rewarded with the top position at the CIA.

There should be much more serious consequences for lawbreakers and torturers than denial of a promotion, but the complete failure of the last administration to hold Bush-era torturers accountable ensured that this will never happen. If Trump is foolish enough to stand by his awful choice for CIA Director, the Senate must refuse to confirm her.

Haspel’s nomination has been controversial from the time it was put forward due largely to her role in the post-9/11 program under which al Qaeda suspects captured on the battlefield or via other means were taken to various dark sites located in cooperative nations around the world and subjected to what later came to be clear was torture in an effort to obtain intelligence. At some point during this time, Haspel’s involvement was murky and has yet to be fully explained, but it soon became clear that she was involved in efforts to cover up the agency’s role in what has since become a controversy the facts of which have yet to be fully revealed to the public. Initially, it was reported that Haspel oversaw the torture of at least one al Qaeda suspect while she was in charge of one these agency dark sites in Thailand. While that report was later revised to make clear that she did not directly oversee any acts of torture, it has been largely unrefuted that she was apparently at least somewhat aware of what was going on and that she sought to help cover-up what had happened by pushing for the destruction of evidence that such torture had taken place. This last point is particularly relevant given the fact that President Trump has in the past said that we should go back to using the interrogation techniques that Haspel and others engaged in under C.I.A. auspices during the early years of the “War On Terror.” As I’ve said in the past, Haspel should at the very least face questioning regarding these matters before she’s elevated to the position of C.I.A. Director.

All of this comes as Haspel prepares for her appearance before the Senate Intelligence Committee beginning on Wednesday and the fate of her nomination remains in serious doubt. In addition to the fact that her knowledge of and involvement in the C.I.A. torture program and the later efforts to cover it up are likely to face serious questions from Senate Democrats, there are also potential problems with Republicans.  Almost immediately after President Trump nominated her for the position of C.I.A. Director, Kentucky Senator Rand Paul stated that he would oppose her nomination due to her connections to the agency’s use of torture. To date, he has not revised this position. Arizona Senator John McCain has also expressed doubts about Haspel in that regard, and although he is not expected to be in Washington in time to vote on her nomination he does carry some moral weight with both Democrats and some Republicans that could post problems for Republicans seeking to confirm her to be the first woman to head the C.I.A.

As it stands, the math for Haspel on the Senate floor is very, very close. Assuming McCain isn’t in town, and if he was his comments suggest he’d vote against her, then that means that the GOP majority is down to 50 votes to confirm not counting the potential of any Democratic crossover votes. If Senator Paul votes against her, then that would drop the GOP below 50 votes and would likely mean the defeat of the nomination, and if other Republicans, such as Maine’s Susan Collins or retiring Senators such as Jeff Flake or Bob Corker, turn against Haspel then the nomination would be in serious trouble. One can only hope that this comes to pass.