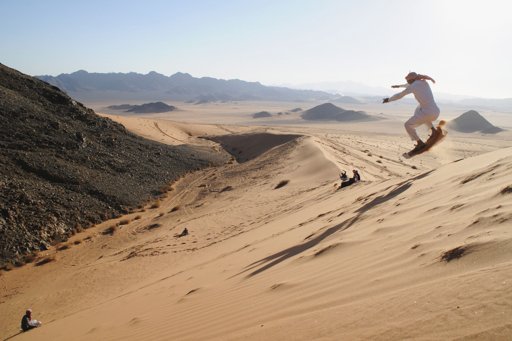 First: RGardner – As Allah is my witness, I thought Turks could fly (Oh the Humanity – rodney)

Robert W. Armijo – Marty McFly, while on his hover board: “Doc, can you hear me?! You sent me too far Back into the Future! I’m just about to meet up with those Libyan terrorists that were after you – Oh crap, so that’s how it all started.”

Ships of the desert, my arse.

Marzuq McFly on hoverboard in ‘Bactrian To The Future, Part IV’

Except for the occasional Tusken Raider attack the sand boarding events proceeded without incident.