The May The Farce Be With You Edition OTB Caption ContestTM is now over.

The May The Farce Be With You Edition OTB Caption ContestTM is now over. 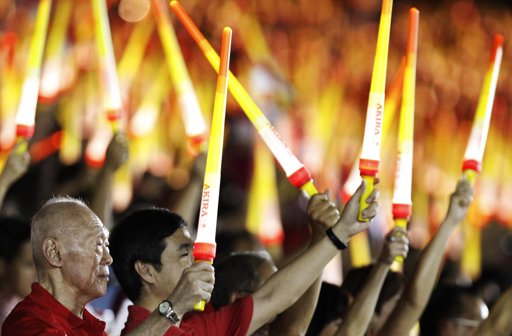 First: Tony W – Workers at the candy-corn factory outside Fukushima Japan, gather at a company meeting.

Second: CSK – The Japanese re-make of “The Charge of the Light Brigade” took a few liberties with the original version.

Brian – Disney firmly denied their flop The Lone Ranger caused the new Star Wars film to have a massive special effect budget cut, but from the clip we were shown for review…

Mu – After intensive training using toy lightsabers members of the Jedi Volkssturm demanded to be issued the real thing.

James in Silverdale, WA – “We demand Candy Corn for All!”

Paul Hooson – Boy: “What do you call thousands of Asians standing around carrying plastic lightsabers?” Dad: “I’m not sure son, but the streets sure sound a lot safer with less Asians suddenly driving!’

What is the sound of one light saber humming?

These are not the Sinoids you’re looking for

Son: “Who’s the Jedi Knight known for accidently starting house fires with his light saber?” Dad: “I don’t know, Who son?” Son: “Awww… you guessed it….”

The Thursday Contest is already just another brick in the wall. 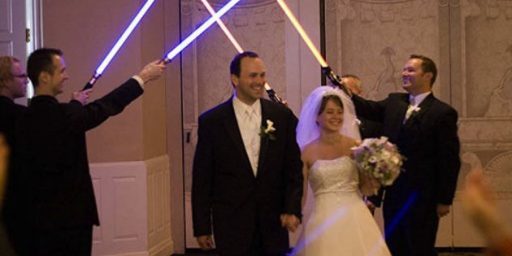