The House of Pain Edition OTB Caption ContestTM is now over.

The House of Pain Edition OTB Caption ContestTM is now over. 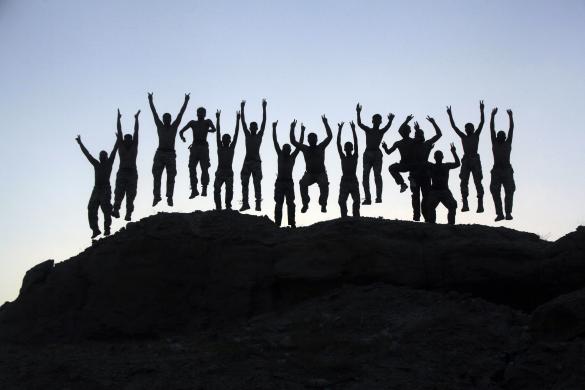 Eric Florack – The law of gravity has been repealed by presidential order.

Hal_10000 – Scientists don’t think that the latest effort to combat global warming by nudging the Earth’s orbit will actually accomplish anything.

End of the third quarter at Camp Randall Stadium

Tune in again next week to FUCK OF THE MOUNTAIN. (George Carlin)

Lemuel’s marching into the sea.

“OH, look they’re all jumping off a cliff… I’ve just gotta try that too… Don’t tell my mom.”

Groups that stutter should not sing the Y-M-C-A song.