Poland makes the U.S. and NATO an offer they might want to consider refusing. 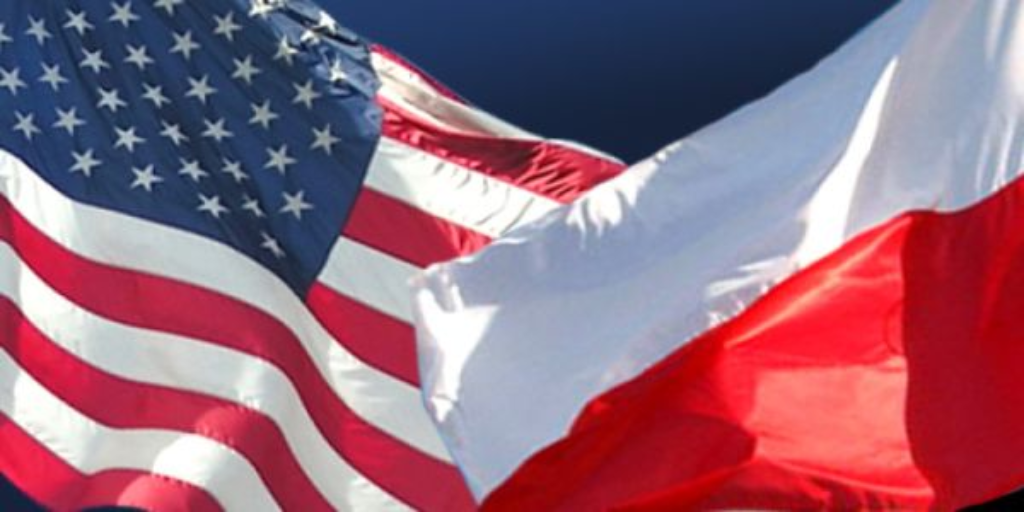 Poland is offering to pay as much as $2 billion for a permanent military base:

Poland wants a permanent U.S. military presence — and is willing to pony up as much as $2 billion to get it, according to a defense ministry proposal obtained by Polish news portal Onet.

The Polish offer reflects a long-standing desire in Warsaw to build closer security relations with the U.S. and put American boots on the ground. The push dates back to Poland’s entry into NATO in 1999, but has taken on added urgency in the wake of Russia’s annexation of Ukraine’s Crimea region four years ago and aggressive posture toward the alliance.

Coming just over a month before NATO leaders gather in Brussels for a summit, the Polish initiative is bound to anger Russia, and will be looked at with skepticism by European allies that want to improve relations with Moscow, such as Italy and at times Germany.

“This proposal outlines the clear and present need for a permanent U.S. armored division deployed in Poland, Poland’s commitment to provide significant support that may reach $1.5-2 billion by establishing joint military installations and provide for more flexible movement of U.S. forces,” the defense ministry document states.

It adds that Warsaw is committed “to share the burden of defense spending, make the decision more cost-effective for the U.S. government and allay any concerns for Congress in uncertain budgetary times.”

The administration of President Donald Trump has pushed NATO allies to increase their defense budgets up to 2 percent of GDP, as the alliance suggests. Poland has been at or above 2 percent since 2015.

The defense ministry press office confirmed that the paper, called “Proposal for a U.S. Permanent Presence in Poland” and dated 2018, is genuine and said it is not classified.

The document contains information on the proposed locations of military bases, hospitals — including their capacities — and possible schools or even gyms for the families of personnel. It was delivered to the U.S. government and Congress.

Not surprisingly, the Russians aren’t entirely thrilled with this idea:

MOSCOW (Reuters) – The Kremlin said on Monday that gradual NATO military expansion towards its borders did not improve security or stability in Europe as it commented on media reports Poland is seeking to secure a permanent U.S. military presence on its territory.

“When we see the gradual expansion of NATO military structures towards our borders…, this of course in no way creates security and stability on the continent,” Dmitry Peskov told reporters on a conference call on Monday.

On the surface, this would seem like the proverbial offer that the United States can’t refuse. It’s seldom the case that a nation is practically begging the United States and NATO to establish a permanent military presence inside their borders. It’s even less common for a nation to offer to put up a significant amount of cash to back up the request. Additionally, putting an American/NATO military base in Poland would arguably send a signal to Vladimir Putin and Russia that, contrary to what he may believe, the United States and the NATO alliance is as committed to the defense of not just Poland, but also to its other Eastern European members. This is significant given the fact that, in the wake of its efforts in Ukraine that began with the seizure of the Crimean Peninsula in 2014 and quickly expanded to supporting and providing logistical material support to the rebels in eastern Ukraine, Russia has been making what some could consider threatening moves aimed at the Baltic State members of NATO, Latvia, Lithuania, and Estonia.

In response to those subtle, and at times not-so-subtle threats, we have seen some action from the West. Just months after the Russians moved into Crimea, for example, NATO announced a plan to step up military patrols fell far short of establishing a permanent military presence close to the Russian border. This came at roughly the same time that a NATO Commander warned that continued Russian threats could result in the establishment of a permanent NATO presence in Eastern Europe, something the alliance has refrained from doing since completing its eastward expansion with the addition of Bulgaria, Estonia, Latvia, Lithuania, Romania, Slovakia, and Slovenia in 2004, Albania and Croatia in 2009, and Montenegro in 2017. One year later, it was announced that the alliance was considering prepositioning equipment and supplies in Eastern Europe such that any future deployment could be easily supplied. In addition to all this, NATO has taken steps such as bolstering air defenses in the areas close to Russia, which the Russians have claimed crosses a “red line” of some sort. Additionally, the alliance has stepped up its training exercises in the east and the United States has expanded its military spending allocated toward Eastern and Central Europe. Taking all this into account, the idea of a permanent base in Poland, and one they’re willing to help pay for, certainly seem enticing, and would most especially be a thumb in the eye of Vladimir Putin.

There may be valid military reasons to accept this offer, but if the idea is to antagonize Russia, that seems to me to be a rather dubious reason to expand the security commitment that NATO and the United States have already made to its Eastern European members. As things stand, NATO appears to already have its hands full dealing with the increased threats that Putin has made in Eastern Europe to longer standing member such as the Baltic states. Giving Russian President Vladimir Putin further reason to keep that pressure up doesn’t seem to me to serve a legitimate purpose at this point in time. Even more dangerous are the proposals to add nations such as Georgia and Ukraine to the alliance. In both cases, we’re dealing with nations that both sit right on the Russian border and have historic ties to Russia that should not be ignored. In Ukraine’s case especially, adding that nation to NATO at the same time that pro-Russian guerrillas continue to fight in the eastern part of the country would make extending membership at this time extremely unwise and likely only to push the alliance and the United States into a confrontation with Moscow that would not be in anyone’s interest. The eastward push of NATO has been widely questioned elsewhere in no small part because it arguably revives very old Russian fears about being encircled by enemies and potential adversaries. Adding to that by accepting this offer from Warsaw is arguably a step too far.

This isn’t to say that either the United States or NATO should pander to Russian threats, of course. If there is a rational military reason for a permanent military presence in Poland or elsewhere then this could be a good opportunity to establish that. As things stand, though, it strikes me that the pre-existing idea of pre-positioning supplies in the area, with the idea that troops could easily be moved into the area if it became necessary, is a more than appropriate response for the time being. Needlessly inflaming the situation with a permanent troop presence further east in Europe than the United States or NATO have ever had such a thing could end up being more problematic than it’s worth.

Update: This post was updated to add the link to a Reuters report on the Russian response to this news.