The prospective Republican field for 2012 is dismal. Then again, it always is. 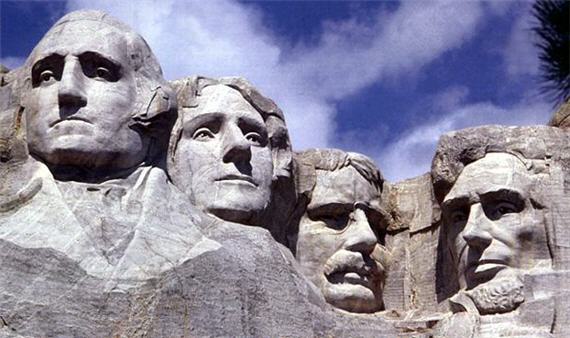 While Sarah Palin is objectively weak due to her exceptionally high negatives, the rest of the field is a perfectly normal mix of current and former members of Congress and governors with various strengths and weaknesses. What neither Sarlin nor the consultants he quotes seem to realize is that almost all presidential challengers seem flawed in the early stages. It’s the process of winning the party’s nomination that gives the candidates stature and unites the party around them.

That’s precisely right.  In December 2007, few of us thought that Barack Obama had the gravitas to be elected president.  Ditto George W. Bush in December 1999. [Much less a year earlier in both cases — the more apt comparison!]

And, as Nyhan reminds us, there were all manner of reports in late 1991 and early 1992 lampooning the “Seven Dwarfs” who were vying for the Democratic nomination and the opportunity to get trounced by the popular incumbent George H.W. Bush.  By the spring they seemed destined to nominate some boob from Arkansas who was “damaged goods” and “who lacks the trust and affection of a majority of Democrats, not to mention the independents vital for victory.”  But, as some may recall, Bill Clinton went on to not only beat Bush easily but clobber Bob Dole to win a second term.

The presidency is an awe-inspiring job, requiring someone with the presence to serve as Commander-in-Chief of the armed forces of a superpower, the coolness to make dozens of decisions a day impacting everything from foreign policy to agriculture and energy, and the emotional intelligence to serve as our national cheerleader, conscience, and grief counselor.  Aside from the odd hero general every few decades, anyone who presents him or herself as up to that job looks like a fool.

If the economy doesn’t turn around in the next year or so, Barack Obama will have an uphill fight to keep his job.  But he’ll have one thing going for him:  He’ll be the only candidate in the fray who won’t have to convince people that he could plausibly be president.    All the tittering about his relative youth and experience before he got elected has been rendered moot:  President of the United States will be right there at the top of his resume.  And his 2012 debate opponent, whoever that turns out to be, will be calling him “Mister President” or “President Obama” rather than “Barack” or “THAT one.”   That’s a powerful advantage.

But the next best thing to being president is being a major party nominee for the presidency.  Having survived the brutal internecine fight to make it to the Super Bowl of American politics confers a tremendous prestige.  Aside from perhaps Michael Dukakis, who seemed to actually lower his stature during the general election campaign, all of the nominees in my political lifetime — say, the 1980 race forward — became plausible by the end of their party convention.   Some — George HW Bush, Bob Dole, and John McCain — began the race with such strong resumes and reputations that they didn’t need it.   But Ronald Reagan went from B-movie actor and cowboy who shot from the hip to presidential timber.  Clinton was able to show off his tremendous charms, overcoming even rather embarrassing personal scandals.   George W. Bush probably grew the most during his run, going from fumbling and clueless to commanding leader.  John Kerry, who already had the war hero thing going for him, managed to largely shake off the effete rich boy thing and make a strong showing.

I don’t think Palin is salvageable at this point.  Her image is set in stone and the verdict on her is that she’s likable but not presidential.   But none of the other contenders for 2012 — even Mitt Romney and Mike Huckabee, who made reasonably strong showings in 2008 — are particularly well known.   Normal people just don’t bother paying attention early in primaries and it was obvious by February that McCain would run away with it. 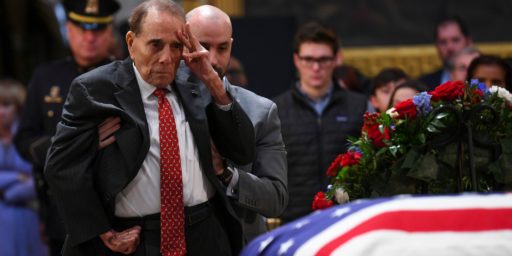