Low costs and regulatory barriers are attracting people to red states--thus turning them purple and blue. 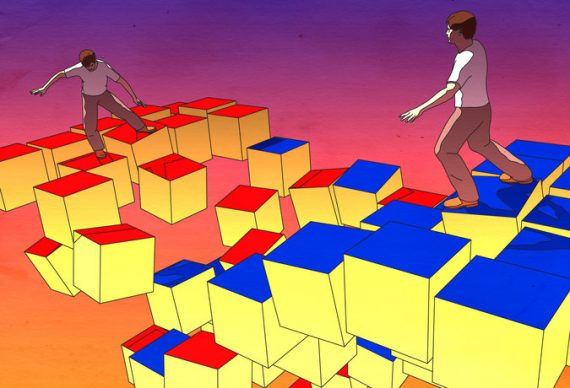 The West and the South—not California or the Northeast—are apparently the places to move these days. In a piece on Denver’s economy, the WSJ provides a list of the urban areas that have been receiving the most in-migration since 2010. Houston, Dallas, Austin, Phoenix, Denver, San Antonio, Charlotte, Atlanta, Tampa, and Orlando make the top ten. Texas, North Carolina, Arizona, Florida, and Georgia are generally red states, and though Colorado is nominally a blue state, its business climate more closely resembles that of Texas than that of California.

As Joel Kotkin has argued many times, red states are eating blue states’ lunch, stealing away talented young workers and innovative businesses by offering lower costs of living, higher qualities of life, and more favorable tax and regulatory environments than anything coastal blue citadels can offer. And this is happening despite blue cities’ attempts to remain culturally enticing.

While the coastal cities have several advantages—among which are the coasts themselves—there’s an attractive value to more space, lower housing costs, lower taxes, and less regulation. (Indeed, searching for images for this post, I’ve stumbled on related stories like “Is Life Better in America’s Red States?” in the NYT from January and “1,000 People a Day: Why Red States Are Getting Richer and Blue States Poorer” from the Heritage Foundation from June.)

But here’s the thing: while the near-term political effect of this has been to increase the power of red states, the longer term impact has been to turn them into purple and even blue states. First, by definition, the in-migrants to these cities and states are from somewhere else. While some are coming from the rural areas and poorer red states, many are coming from the Rust Belt and even the coasts. That brings with it—again, by definition—more cultural diversity and less provincialism. Second, clustering of high talent, high-earning individuals brings with it an increased desire for infrastructure and regulation to accommodate the new metropolis. And, given that someone has to pay for that, increased taxes come with that.  Indeed, as Richard Florida notes in the above-linked NYT piece that “voters in four red states — Alaska, Nebraska, South Dakota and Arkansas — supported referendums in November to raise their state minimum wage. And not just by a little. Controlling for the cost of living, they will have wage floors that are higher than those of many blue states.”

Indeed, most if not all of the cities listed in the WSJ piece (Houston, Dallas, Austin, Phoenix, Denver, San Antonio, Charlotte, Atlanta, Tampa, and Orlando) are purple if not already blue. The same holds true of many states on the list. Florida is a classic swing (purple) state but it’s gone blue the last two cycles plus 1996 and 1976; in most cases, the margin has been thin either way. North Carolina went for Obama in 2008 (if just barely: 50 to 49) and just barely snapped back into the red column in 2012 (50 to 48). Georgia has mostly been red but went blue in 1992, 1980, and 1976—albeit with a native son (Jimmy Carter) on the ticket in the last two. Arizona is perhaps the only true red state on the list, having voted Republican in all modern presidential elections save 1996 and has actually increased its margins in recent years.

My own home state of Virginia isn’t on the list because its growth sport happened a decade earlier, surging in response to an explosion of jobs in the tech and government-related sectors. It remained loyally red even in through the Carter and Clinton aberrations, when many Southern states voted for a Southern Democrat. Yet it’s gone for Obama the last two cycles and has a Democratic governor and two Democratic Senators now. The trend is too small but we’re at best purple and quite arguably blue at this point. And that’s mostly a function of a mass influx into the Northern Virginia region that’s within commuting distance of DC; the rest of Virginia is still the Deep South.

Obama Inauguration: Too Many Tickets, Too Little Space