Here’s the deal: if one is going to engage in a serious1 policy debate about very serious fiscal and monetary matters in a time of a very deep financial crisis, one has to come prepared and be ready to have a a real discussion. If one is going to assert that one’s ideological prescriptions are superior to the ones being deployed, one needs to attempt to prove it. Not only is this all true in terms of legitimate discourse (political or intellectual), but if a party wishes to move from minority to majority it has to give the public good reasons to grant such a request.

That is, as I understand it, the normal course of events.

What’s truly bizarre is that the Democrats have managed to take what was, last November, a perfect storm in their favor, and turn it, through a series of missteps, into a golden opportunity for the Republicans to demonstrate that they’re a serious alternative party after all.  Thus far, however, the GOP has yet to meet that challenge. 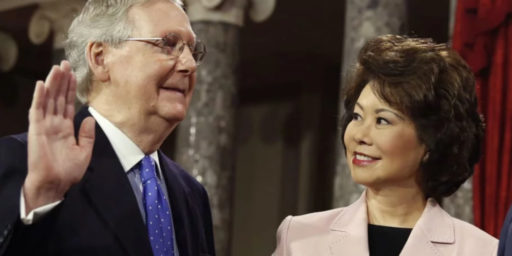